Posted on July 16, 2018 by Lutheran Church of the Resurrection 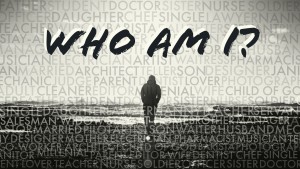 In Arthur Miller’s famous play, ‘Death of A Salesman,” Willie Lohman spends his whole adult life searching for status and recognition from others. For Willie, life is all about how many people admire and respect him, the measure of which is how many people will turn out for his funeral. “When I die,” he says to his son Biff, “there will be hundreds of people at my funeral.” “Dad,” Biff replies, “you don’t have to do this.”

The final scene of the play takes place in a funeral home. It’s Willie’s funeral and there’s only a handful of people present. The casket is open and Willie’s wife comes forward and places a few flowers in it. She says, “I made the last payment on the house today, Willie.” And then she turns to her son Biff and says, “You know, all he needed was just a little more salary.” To which Biff replies, “Nah, he never knew who he was.”

Now there’s a sad epitaph for a life. How’d you like that on your tombstone? “He never knew who he was.”

Do you know who you are?

It’s not our job here today to try to sort out and answer all the questions about our identity that we may have. But what is our job today is to point to Jesus Christ and to say as clearly as we can – that it is only as we know ‘WHO JESUS CHRIST’ is, and that we are ‘IN CHRIST,’ that we can know who GOD SAYS WE ARE. And it is only when we know who GOD SAYS WE ARE – IN CHRIST – that our IDENTITY CRISIS can ever be resolved.

Which brings us to our Epistle reading for today – Paul’s opening address to the Ephesians. I doubt there could be a more timely and important word from God for people suffering from a severe ‘identity crisis.’

Let’s all take out your bible and turn to Ephesians 1, page 976 in the pew bibles. Let’s read this text together again, and as we do, I want you to pay attention to every time Paul repeats that little prepositional phrase, “in Christ,” or “in Him.” And I want you to say them louder just to emphasize them. (And keep in mind, this is all one sentence in the Greek, some 200 words!)

“3 Blessed be the God and Father of our Lord Jesus Christ, who has blessed us IN CHRIST with every spiritual blessing in the heavenly places, 4 even as he chose us IN HIM before the foundation of the world, that we should be holy and blameless before him. In love 5 he predestined us for adoption to himself as sons through Jesus Christ, according to the purpose of his will, 6 to the praise of his glorious grace, with which he has blessed us in the Beloved. 7 IN HIM we have redemption through his blood, the forgiveness of our trespasses, according to the riches of his grace, 8 which he lavished upon us, in all wisdom and insight 9 making known to us the mystery of his will, according to his purpose, which he set forth IN CHRIST 10 as a plan for the fullness of time, to unite all things IN HIM, things in heaven and things on earth.”

“11 IN HIM we have obtained an inheritance, having been predestined according to the purpose of him who works all things according to the counsel of his will, 12 so that we who were the first to hope in Christ might be to the praise of his glory. 13 IN HIM you also, when you heard the word of truth, the gospel of your salvation, and believed IN HIM, were sealed with the promised Holy Spirit, 14 who is the guarantee of our inheritance until we acquire possession of it, to the praise of his glory.”

There’s way more than we can cover in this text, but I want to highlight six points about our identity IN CHRIST as Paul writes about them here.

I. Every Spiritual Blessing
“He has blessed us IN CHRIST with every spiritual blessing in the heavenly places…”

The Father has placed “every spiritual blessing” in His Son. These “spiritual blessings in the heavenly places” are all the things that Paul piles up, one on top of the other, in this run-on sentence and that provide the answer to the question, WHO AM I?

II. Chosen In Him.
“He chose us IN HIM before the foundation of the world.”

How much of who we THINK WE ARE is based on whether we’re ‘chosen’ or ‘rejected’? Tremendous weight is placed on being ‘chosen’ – chosen by others to be a part of their ‘group,’ chosen by someone to be their friend, their spouse, their teammate, their co-worker.
Yet the thing that determines my identity in a profoundly more important way that this – is that I have been chosen by God. “He chose us in him before the foundation of the world.”

God chose you, not because He saw something in you, some goodness, or even some potential for goodness that attracted Him to you or that impressed Him. God chose you before the foundation of the world, and solely because of His love and grace and mercy THAT ARE IN JESUS CHRIST – and you are IN CHRIST.

Who are you? You are someone who has “every spiritual blessing” – beginning with having been “chosen by God.” And that is primary. Whether or not you are chosen by others is secondary to WHO YOU ARE.

How much of our identity do we base upon how much approval and acceptance we have before others? We strive to justify ourselves and gain approval from others – which can never be satisfied – and therefore we’re never satisfied with who we are.

Who are you? You are someone who has “every spirit blessing” – you are “chosen by God,” you are “holy and blameless before Him.”

Because we don’t know who we are IN CHRIST, we’re restless people – and our restlessness becomes a part of our identity.

We’re not sure what our future holds. And we’re even less sure how to control the present in order to get the future we want to have. And so we work harder and harder to try to secure a secure future for ourselves. And then something happens. Something doesn’t go as planned and the future is no longer what we had planned we’re disappointed and sometimes broken. And suddenly we don’t know WHO WE ARE.

But “in love, God has predestined us for adoption as sons (and daughters) through Jesus Christ…” Just think about that. God already has your future all worked out in His Son, Jesus. That’s what PREDESTINED means, and this is why PREDESTINATION is such a comforting doctrine. You have a DESTINY that already set by God – in love – before you were conceived. Who are you? You are His child. He is your Father. You are a child of God.

Who are you? You are a person who has “every spiritual blessing,” you are “chosen by God,” you are “holy and blameless before Him,” you are “predestined for adoption.”

Because we don’t know who we are IN CHRIST, we’re very tired people – we’re always tired and weary – if not physically then emotionally and spiritually. Many things can make us ‘weary,’ but the one burden that we all carry that wears us out is GUILT – guilt for our sins and our failures to meet the expectations of God and our loved ones and friends and neighbors and co-workers. Guilt is a powerful factor in shaping our IDENTITY.

But, “In Him, we have redemption through his blood, the forgiveness of our trespasses…” Your God has spent the ultimate price to ‘REDEEM’ you. He has ‘purchased’ you, not with gold or silver, but with the precious blood of Christ. There is a REDEMPTIVE RIVER OF FORGIVENESS that flows from the pierced side of your Savior. He has drunk the cup that was filled with your sins and your guilt to the dregs. And now, His cup overflows with redemption and forgiveness. And He says, ‘take and drink, and you will find rest for your soul.’

Who are you? You are a person who has “every spiritual blessing.” You are “chosen by God,” “holy and blameless before Him,” “predestined for adoption,” “redeemed through His blood, forgiven all of your sins.”

But, “He has made known to us the mystery of His will…

As His children, our Father has let us in on the big mystery and shown us His plan for His purpose – the purpose which he set forth in Christ, as a plan for the fullness of time, to unite all things in him, things in heaven and things on earth.”

Like little children, we may not FULLY understand how all of the parts and pieces of the mystery fit together. But this much we do know – THEY DO – and that His good and gracious will, will be done, on earth as it is in heaven. And so our identity is not shaped or determined by the ‘chances and changes’ of life – but by the simple trust that God is working all things for good to those who love Him.

Who are you? You are a person who has “every spiritual blessing.” You are “chosen by God,” “holy and blameless before Him,” “predestined for adoption,” “redeemed through His blood, forgiven all of your sins,” who knows the mystery of God’s will.”

I hope you get the idea from just this much which is not even the whole sentence, that our identity crisis has been solved IN CHRIST. Don’t ever let it be said of you, ‘he never knew who he was.’ You know who you are IN CHRIST. And that should have a profound effect upon who you are IN THIS WORLD.