Posted on June 26, 2016 by Lutheran Church of the Resurrection

“When the days drew near for him to be taken up, he set his face to go to Jerusalem.” 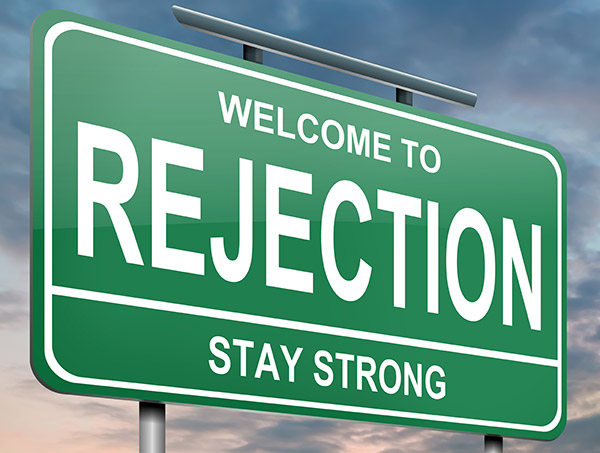 This is the great turning point in Luke’s gospel. Luke has organized his gospel of Jesus Christ geographically. Everything up to this point in Jesus’ adult ministry has taken place in the region of Galilee.

But now Jesus begins to make His way from Galilee to Jerusalem. He’s on a JOURNEY. It’s a JOURNEY that began in heaven and proceeded through the virgin’s womb and through His baptism in the Jordan River. He spent a good deal of time in the region of Galilee in villages such as Capernaum and Chorazin and His hometown of Nazareth.

But the destination had always been Jerusalem. And the timetable was the Festival of Passover. It had been scheduled before there was evening and morning the first day. He was to be the Passover Lamb that was slain for the sin of the world.

The plan is for us to follow Jesus on this JOURNEY to Jerusalem. Actually, as much as it’s possible, we want to JOURNEY along with Him, not as a spectator but as a participant. St. Luke is our tour guide and although he includes more than this, we’re going to make 22 stops along the way including today. The journey ends at the cross, just outside the city of Jerusalem.

So, enough of the introduction. The journey begins. “When the days drew near for him to be taken up, he set his face to go to Jerusalem.”

The first stop along the way is Samaria.

For lots of reasons, Jews and the Samaritans never got along very well with each other – and most of the reasons had to do with religion. Sound familiar?

The Jews base their faith solely on what we call the Old Testament and primarily the Torah, the first five books written by Moses. For the Jews, these were the ONLY inspired word of God and all faith and practice was based on the 39 books of the Old Testament.

Samaritans also considered the Old Testament to be God’s Word. BUT, they would also use some of the holy writings from other religions as THE WORD OF GOD. Something like if we based our faith on the Bible AND parts of the Koran and parts of the Book of Mormon.
John tells us about Jesus’ encounter with a Samaritan woman who says to Jesus, “Sir, I perceive that you are a prophet. Our fathers worshiped on this mountain, but you say that in Jerusalem is the place where people ought to worship.” (John 4:19-20) Her people work from a different bible than the Jews do.

So obviously, the Jewish Rabbis wanted their people to keep clear of those Samaritans – just like I don’t want you getting too close to the Mormons or Jehovah’s Witnesses because I don’t want any of their religion to rub off on you. So, there was a well established route for Jews traveling from Galilee to Jerusalem that went around Samaria.

“And He sent messengers ahead of him, who went and entered a village of the Samaritans, to make preparations for him.”

The “messengers” were little John the Baptists who go ahead to “prepare the way of the Lord.” “Repent, for the Kingdom of God is at hand.”

But they don’t. In fact, the Samaritans must have given Jesus a pretty rude reception. And when His disciples see it they become so indignant that James and John recommend they “call down fire from heaven to consume them.”

It’s hard to say if they really thought they had the power to do this or if they were just venting. Frankly, I can find myself right here in this journey because sometimes I just don’t get why more people don’t get it. And if you catch me at the right moment, you might hear me thinking something just like James and John were thinking.

“But Jesus turned and rebuked them. And they went on to another village.”

This is not the way to deal with rejection. What DOES Jesus do in the face of rejection? He simply moves on to another village. Because there’s lots more villages than this one. For the disciples, this JOURNEY is not a GUIDED vacation tour. This is their school. They’re to listen and watch and learn from Him. Because one day soon, they’re going to on their own JOURNEY in His Name.

They are simply to proclaim His Name and His Word in ever village where their JOURNEY takes them. They are to scatter the seed liberally on every kind of soil – believers, unbelievers, good church going folks as well as those who don’t go to church and want nothing to do with it.

And they need to understand that some of it will take root and grow and some won’t. Some will shoot up and look pretty promising but then the cares of the world will chock it and it’ll die.

That’s just the way it is and the way it’s been for a long time. In our Old Testament reading, we saw Elijah’s frustration with the lack of reception that he got from all his work of preaching God’s Word. Elijah tells God, “Look how zealous I’ve been.” But all he’s gotten is rejection. And his response was to ‘GIVE UP’ and hide out in a cave.

So, how does God respond to Elijah? He doesn’t say, ‘Yea Elijah, I’m about to give up on these people too.’ No, He tells Elijah to get out there and do what a prophet is called to do. “Preach God’s Word. Anoint prophets, priests and kings. And don’t worry about the results. It’s not your job to convert the world. I’ll take care of the results. And by the way Elijah, there’s a lot you don’t see. “I have 7000 in Israel who have not bowed to Baal or kissed him.”

It shouldn’t be too hard for us to find ourselves in this journey. How quickly are we tempted to quit our calling to bare witness to Jesus and share His Word with others? And why? Isn’t it because we hate rejection? Or that we see such little success?

God’s Word seems as helpless “the sound of a low whisper” against these things. And so we give up, either by calling upon God to send fire down from heaven, or by claming up and keeping quite.

We let God’s Word take root in us as good soil, and produce its crop of faith in us. And we take our “love, joy, peace, patience, goodness, faithfulness, gentleness and self control” into our vocations and calling in life, and bear witness to our gracious and loving Lord who gave His life unto death so that we might have everlasting life. (Gal. 5:22-23).

And we do so knowing that we are not going to win the world for Jesus. But we also know that’s not our job. The pressure’s not on us to produce numbers. That’s the Lord’s work and all the results rest with Him.

So when we are tempted to ‘give up’ because of the rejection, because of meager results or because of the fear of rejection, because our voice seems like nothing more than “a low whisper” against powerful “winds” and “earthquakes” and “fires,” we remember that it was just a “low whisper” that came from the mouth of our Lord from the cross – “It is finished,” and the whole world was changed.
 It was just a “low whisper” that said, “I baptize you in the name of the Father and of the Son and of the Holy Spirit.” But the results were that you were born again, a child of God and a member of the body of Jesus Christ.
 It was just a “low whisper” that said, “I forgive you all of your sins.” But the result was a release from the prison of guilt, a complete renewal of your life, a whole new beginning.
 When you hear a “low whisper” say, “take and eat, take and drink,” don’t be put off by the lowliness of the food and drink. This is the very body and blood of Jesus Christ and He is inviting you to join with Him in the ‘feast of victory for our God.’

In hindsight, it’s a good thing that the disciples were “rebuked” and forbidden to “call down fire from heaven” on these Samaritans. After Jesus completed His JOURNEY and was TAKEN UP, Philip, one of Jesus’ disciples who was on this journey, would take a JOURNEY of his own to Samaria.

Luke writes, “Philip went down to the city of Samaria and proclaimed to them the Christ. And the crowds with one accord paid attention to what was being said by Philip…” “As he preached good news about the kingdom of God and the name of Jesus Christ, they were baptized, both men and women.” (Acts 8:5-6,10)

This morning we are reminded that our Lord has accomplished the purpose for which He “set His face to go to Jerusalem.” His kingdom HAS COME and HIS WILL HAS BEEN DONE. It’s not our job to MAKE IT HAPPEN. It’s a great honor that our Lord has called us announce the good news that IT HAS HAPPENED and that it’s not too late to JOIN THE JOURNEY and WALK WITH JESUS.