Posted on July 31, 2016 by Lutheran Church of the Resurrection 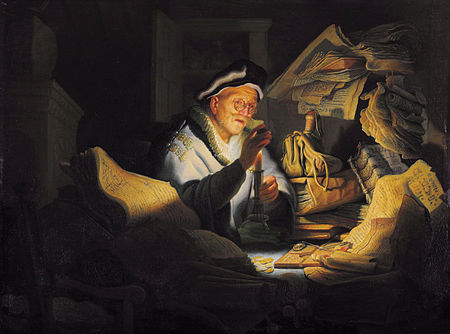 Character formation. That’s what these last several stops on the journey with Jesus have been all about. And it’s what the next several stops will be about as well. The formation of character. And not just ‘character’ in general but ‘Christian character’ specifically. Let’s talk about that for a few minutes before we get off the bus.

Character. The English word comes from a French word for the tool used for engraving in wood or stone. The verb means, “to engrave or scratch deeply.” An ‘engraver’ uses sharp chisels in all different shapes and sizes to ‘scratch deeply’ into wood or stone.

So ‘character’ is formed by all of those scratches and cuts that are engraved into us. ‘Character’ is the ‘imprint’ that moves us to respond the way that we do, not only to the changes and chances in life, but also the way that we respond to the daily responsibilities of our life as spouse and parent and son or daughter and employee and neighbor and citizen.

The thing that I want us to consider is this, how does God form a good ‘Christian character’ in us? I’m not asking how God makes us righteous and holy in His sight. We know that He does that through the atoning sacrifice of Jesus Christ on our behalf and through Holy Baptism that unites us to Jesus and His death and resurrection. God has already ENGRAVED His Name on us and we belong to Him. We are already saints before God and there’s nothing you can do to improve on that.

But ‘character’ deals with how we live and act in the world. Do we ACT like the SAINTS OF GOD that we are? Do we act like the CHRISTIANS that we are? And of course the answer is NO. That’s why we need to confess our sins and hear His Absolution and come to the Lord’s Supper for the forgiveness.

When St. Paul writes to the Romans, he makes the incredibly counter-intuitive statement that only a Christian could possibly understand when he says, “we rejoice in our sufferings.” That’s the way a CHRISTIAN responds to suffering. And we do so “because we know that suffering produces endurance, and endurance produces CHARACTER, and CHARACTER produces hope, and hope does not put us to shame because God’s love has been poured out into our hearts through the Holy Spirit.” (Rom.5:3-5)

“Suffering” however is not the only way that God develops good Christian character in His SAINTS. Two weeks ago we stopped at Martha’s house and learned the importance of setting aside a regular time for being in the Word in our homes, listening to Jesus speak to us through His Word. Then last Sunday, we stopped at ‘a certain place’ and learned how to pray to ‘our Father.’

Developing the ‘holy habit’ of daily bible reading and daily prayer develops CHRISTIAN CHARACTER. Every time we read and listen to God’s Word and let it ‘sink in,’ it scratches us in different ways, sometimes lightly, sometimes deeply, but over time, it shapes the way we think and act and respond to our daily to the chances and challenges of life as they come along.

Other ‘holy habits’ that develop Christian character certainly include regular worship attendance and Adult Bible Study, saying ‘grace’ before meals and writing out that offering envelope with a tithe of our income. The little motions that we train our body to make such as making the sign of the cross to remember our baptism, folding our hands and bowing our head when we pray… All of these HOLY HABITS scratch us and engrave us in ways that lead to GOOD CHRISTIAN CHARACTER.

No one tries to make ‘suffering’ a part of their daily routine. It happens when it happens and you don’t go looking for it. But these HOLY HABITS that develop CHRISTIAN CHARACTER are intentional and to be conscientiously pursued.

On today’s stop on this journey with Jesus, if we are willing, we will learn something in particular about how good Christian character responds to the particular challenge of wealth and possessions and times of prosperity. How does the Christian deal with the challenges of life in an affluent society like ours?

A long introduction I know. Thanks for bearing with me. It’s time to get off the bus.

“Someone in the crowd said to him, ‘teacher, tell my brother to divide the inheritance with me. But Jesus said to him,’ Man, who made me a judge or arbitrator over you?’”

“Someone,” it could be anyone, has a case against his brother that he wants Jesus to rule on. Evidently it wasn’t all that uncommon for Rabbi’s to get involved in settling family disputes. But Jesus declines to take the case.

It’s not that He’s not interested in justice. He is. But He also knows that there is something here to be GAINED or LOST that is far greater than an inheritance. He sees how easily brothers and families can be divided over POSSESSIONS.

So Jesus turns from addressing this ‘SOMEONE’ to address the entire crowd that has been following Him. Maybe this man’s brother is somewhere in the crowd. He who has ears let him hear.

“He said to them, ‘take care, and be on your guard against all covetousness, for one’s life does not consist in the abundance of his possessions.’”

“Take care, and be on your guard against all covetousness…” “Covetousness” is about wanting what belongs to someone else. The problem with ‘coveting’ is that it’s like cancer, it eats away at you. It eats away at your CONTENTMENT with what you already have. You were perfectly content with your life. But then you saw what others have and you don’t and now you’re not so CONTENT with your life and you won’t be until you get it. Nothing in your life actually changed. But ‘covetousness’ has stolen your contentment and satisfaction and thankfulness and now you’re not satisfied until you have it.

“Take care, and be on your guard against all covetousness…” “For one’s life does not consist in the abundance of his possessions.”

‘Abundance’ is the key word. ‘Abundance’ is not what you need to survive or even to live comfortably. It’s about that portion of your possessions and income that you simply don’t know what to do with and don’t know how to spend. It’s about those closets that are so full of clothes that you never wear and the storage building you rent because you don’t have enough room to keep your ABUNDANCE.

This is what ‘covetousness’ does. Enough is never enough. Life in a ‘consumer economy’ is built on the power of ‘covetousness.’ And if it can, and it can, it will convince you that your life DOES consist in the abundance of your possessions.

“And He told them a parable…” It’s a simple parable with only two speakers – a rich man and God. The rich man doesn’t read his bible or pray. He only talks to himself.

“The land of a rich man produced plentifully, and he thought to himself’, (literally, ‘he dialoged with himself), ‘what shall I do, for I have nowhere to store my crops?’”

An important point in this parable that is easily overlooked is that this man is a ‘rich man’ BEFORE his land produced plentifully. The fact that he had a bumper crop only meant blessing upon blessing and grace upon grace. He was already a RICH MAN.

And it’s not that he “had nowhere to store his crops.” He already had barns. They just weren’t big enough. He probably called his situation a “PROBLEM.” He’s got more than he knows what to do with. What a dilemma.

And what about this man’s ‘character’? How does he respond to the challenges of life – even this challenge of what to do with his ‘abundance?’

He sees no further than himself. He has no thought as to where it all came from or to what good purpose it could be put. It was St. Augustine who said that this man should have considered storing his crops in the bellies of the poor and hungry. But that lovely ‘VIRTUE’ had simply never been engraved in this man.

After a good talk with himself, he congratulates himself on his shrewd wisdom. “I will say to my soul, ‘Soul, you have ample goods laid up for many years; relax, eat, drink and be merry.” Oh, this POOR RICH MAN. What will he say when he hears His Lord will say to him, “I was hungry and you gave me nothing to eat.”

Who is this ‘rich man?’ He could be the most typical American there has ever been whose whole goal in life is to save up enough so that eventually he can ‘take it easy and enjoy life.’

He could be Solomon, “whose life consisted in the abundance of his possessions,” but who, in looking back on his life ‘dialogs’ with himself saying, “vanity of vanities. All is vanity.” (Eccl. 1:2).

And now we hear the voice of God interrupt the rich man’s false security. “Fool! This night your soul is required of you, and the things that you have prepared, whose will they be?”

“Is required” is a word that comes from the banking industry when a loan is due to be paid. As it turns out, not only was this man’s ‘ample goods’ not his, neither was his “soul.” It was all a loaner for him to use and manage as a ‘good steward.’ And now the owner was calling in the loan.

And with that, as with so many parables that Jesus tells, the story stops. It doesn’t end. It just stops. The curtain is open. The ‘rich man’ is frozen in place. He has heard the Word of God that comes from outside of him. And all we can do is wonder, how will he respond? What kind of ‘dialog’ will he have with God?

Hopefully, he will let this Word from the outside scratch him and engrave in him a new character – the character of the One who is speaking this parable, “who though He was rich, yet for your sake became poor so that you, through His poverty might become rich.” (2 Cor. 8:9)

“Take care dear Christian, and be on your guard against all covetousness. For one’s life does not consist in the abundance of his possessions.” God is using the ABUNDANCE OF POSSESSIONS that He has given to you to create CHRISTIAN CHARACTER in you.

Listen to the word from outside dialog with your soul, “If then you have been raised with Christ, seek the things that are above, where Christ is seated at the right hand of God. Set you minds on things above, not on things that are on earth… Put to death therefore what is earthly in you… evil desire and covetousness, which is idolatry.” (Col. 3:1-3, 5).