Posted on August 28, 2016 by Lutheran Church of the Resurrection 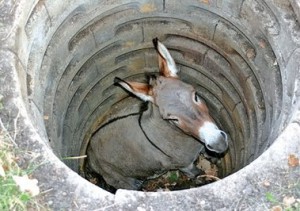 Today we come to the 10th stop on the journey with Jesus since He set His face to go to Jerusalem. St. Luke has invited us into the home of a man who is a “ruler of the Pharisees”. It’s the Sabbath day, which means its Friday evening. The host has invited some friends, probably other Pharisees and Scribes, to come to dinner. He’s also invited a traveling rabbi, Jesus of Nazareth. Jesus is probably the guest Rabbi who will be reading and teaching at worship at the local Synagogue in the morning.

As we enter into this room, we see the host and all his guests reclining around the dinner table. Jesus must have arrived before most of the others because He noticed how anxious they seemed to be to claim a “place of honor” for themselves. The closer to the host, the higher the place of honor.

Where Jesus is reclining at this table is not clear. But wherever it is, He is definitely the focus of attention. Luke writes, “they were watching him carefully.” There is a darkness in those words.

It was customary for a pious Pharisee to leave the front door to his house open for the stranger and the poor man to come in. As we heard in our Epistle reading to the Hebrews, “Do not neglect to show hospitality to strangers, for thereby some have entertained angels unawares.” (Heb.13:2). You never know when an angel of God might show up at your door disguised as a poor man.

And so it is that a ‘stranger,’ OR WAS HE AN ANGEL, enters the house and comes right into where the dinner is in progress and stands right in front of Jesus. “And behold, there was a man before him who had dropsy.”

“Dropsy” is an old word for what we now call “edema.” Water collects under the skin and causes swelling and it can be very painful and dangerous. Here is a man who is ‘puffed up’ with water. Among the theologians of the day, it was believed that man is made up of two parts, blood and water and the more righteous you were, the more blood you had, the more water you had, the more sinner you were. Someone with ‘dropsy’ was obviously a BIG sinner.

Today, people with ‘edema’ go to the hospital and are treated with drugs or surgery. This man came to Jesus.

It’s obvious why he was there. He wanted Jesus to heal him. Maybe he had seen Jesus heal others. Maybe a friend had said to him, ‘listen man, you see Jesus of Nazareth.’

We wonder how much courage it must have taken for this man to walk into this “ruler of the Pharisees” house during dinner, all swollen as he was? He must have been pretty desperate to make a spectacle of himself as he did. And he must also have been pretty confident that Jesus would help him. Or maybe he just figured he had nothing to lose.

But whether this man realizes it or not, he has caused trouble for Jesus. This is the “Sabbath day” and according to ‘tradition,’ SABBATH REST TRUMPS EVERYTHING – even a medical emergency like this one. If He does help this man, it will cost Jesus. He will suffer for it. “They were watching Him carefully.”

The politically expedient thing to do would be to tell this man that He would be glad to heal him TOMORROW, AFTER THE SABBATH WAS OVER. I mean, how long had he been putting up with this condition? What’s one more day? Jesus could do the ‘loving thing’ AND avoid the rejection of the Pharisees. He could save this man AND save Himself. WE CALL THAT A ‘WIN-WIN’ SITUATION.

But if you listen carefully, you can hear the faint hiss of a serpent saying, “To you I will give all this authority and their glory, for it has been delivered to me, and I give it to whom I will. If you, then, will worship me, it will all be yours.” (Luke 4:6-7)

“And Jesus responded to the Lawyers and Pharisees, ‘Is it lawful to heal on the Sabbath or not?’ But they remained silent.” What cowards. We can picture all the guests looking to the host to see how he responds before they dare to say anything.
 So afraid of saying the wrong thing and embarrassing themselves in front of their peers that they can’t bring themselves to say the right thing.
 So careful to protect threaten their place in the ‘in-crowd’ among the ‘beautiful people’ that they can’t do anything.
Position and place and reputation are all more important to them than this poor man.

The way that Luke reports what Jesus does next is so brief and to the point that it’s almost anticlimactic, UNLESS OF COURSE YOU ARE THE MAN WITH DROPSY. “Then he took him and healed him and sent him away.” Not much work for Jesus. He didn’t even break a sweat, wasn’t slapped by His host, wasn’t convicted of blasphemy, wasn’t flogged, or crucified. Not yet anyway. But He will be, and this will be at least part of the reason for why He will suffer. “They were watching Him carefully.”

What follows is a lecture from Jesus to the host and his guests. But if we’re not careful, we could miss what just happened, which I think is what they did. The incredible fact is, Jesus healed this man. Not with drugs or surgery or any other means than His touch and His word.

Luke tells us nothing of the reaction of the host and his guests to what just happened. You’ve got to wonder, did it even register with them? What we would have expected was that before Jesus got past, “which of you, having an ox…” they would have cut Him off, saying “WAIT A MINUTE, WHAT DID YOU JUST DO? HOW DID YOU DO THAT?” “WHO ARE YOU?”

It would have been perfectly reasonable if the host stood up and said, “FRIEND, MOVE UP HIGHER.” “IN FACT, TAKE MY SEAT BECAUSE I’M GOING TO THE FAR END OF THE TABLE BECAUSE I NOW SEE I AM NOTHING BEFORE YOU.”

But it’s as if what Jesus has just done here doesn’t even register with them. They are so focused on the ‘minors’ that they are oblivious to the ‘major’ thing that just happened – that this Rabbi from Nazareth is no ordinary Rabbi and that maybe they should “watch him carefully” with a more open heart and mind.

So there they are, a whole room full of men, SWOLLEN WITH SIN, SO PUFFED UP WITH THEIR PRIDE. And they’re dying. And they won’t come to Jesus who can heal them. Who ALONE can heal them.

BUT JESUS IS. Because he loves THESE MEN just as much as the man with dropsy. “He who did not consider equality with God a thing to be grasped made Himself nothing, taking the form of a servant and being found in human form, He humbled Himself unto death even death on a cross…” For the man puffed up with dropsy, for the Pharisees puffed up with pride, for you and for me who are just as swollen with sin as they are.

“He was despised and rejected by man…” because in His love for you, He would NOT do the POLITICALLY EXPEDIENT THING or THE SOCIALLY SAFE THING, but only the GOOD, RIGHT AND SALUTARY THING.

He would not put the approval of men above the approval of His Father in heaven and His love for you. He knows that even though these proud men will NOT give Him the seat of honor at their table, His Father WILL seat Him at His right hand.

“You know the grace of our Lord Jesus Christ, that though He was rich, FOR YOUR SAKE became poor, so that you, through his poverty might become rich.” (2Cor. 8:9) He humbled Himself so that you might be exalted.

“Therefore God has highly exalted Him and given Him the name that is above every name, that at the name of Jesus every knee shall bow in heaven and on earth and under the earth…” (Phil. 2:7-10)

There is always a great cost for Jesus to forgive our sins and heal our diseases and bring us into His heavenly banquet hall. It doesn’t come cheap or easy. Every sin forgiven, every reversal of sins’ effects, every baptism into eternal life, comes at the cost of Christ crucified. This is why we dare not sin freely that grace may abound. The price to Jesus is too high. Yet He willingly humbled Himself and suffered and died and paid the price without hesitation because He loves you. And on Easter Sunday and the day of Ascension, the Father exalted His Son.
As it is for Jesus, so it is for those who would follow Jesus. There is a cost of discipleship. Grace is not cheap. But with Jesus, “Whoever humbles himself will be exalted.” We humble ourselves before God and before one another by renouncing our sinful ways and our pride and desire to be accepted by others more than by our Lord. We humble ourselves when we do the socially awkward and unsafe thing and confess that Jesus Christ is my Lord and we intend to follow Him – no matter what it might cost us – trusting that we will be “repaid at the resurrection of the just.”

Peter preaches to those who would be followers of Jesus, “Humble yourselves, therefore, under the mighty hand of God so that at the proper time he may exalt you…” (1Peter 5:6-7)
James, the brother of Jesus writes the same. “Humble yourselves before the Lord, and he will exalt you.” (James 4:10).
Sincere repentance is always followed by real forgiveness.
To strengthen us for the difficult and trying challenges that require us to cast aside our pride and humble ourselves before others and before our Lord that we may be exalted by God, Jesus throws a banquet of His own, to which you are invited. He humbles Himself by giving you His body under lowly bread and His blood under ordinary wine. But every seat at this table is position of honor – if for no other reason that Jesus is the host, and you are His friend.