Posted on October 24, 2016 by Lutheran Church of the Resurrection 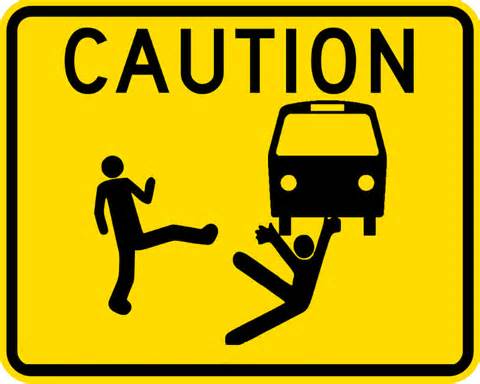 It’s always nice when we’re told the point of a parable before we actually hear it. Luke is pretty good about this. Last Sunday, we heard the parable of the Persistent Widow which Luke prefaced with these words, “He told them a parable to the effect that they ought always to pray and not lose heart.” (Lk.18:1)

Now this morning, we hear Jesus’ another parable. This one is about a Pharisee and a Tax Collector. But before we do, Luke tells us where its headed and what the ‘take away’ should be. “He also told this parable to some who trusted in themselves that they were righteous, and treated others with contempt.” There’s a connection between ‘self-righteousness’ and ‘contempt of others’ that our Lord wants us to understand.

“Two men went up into the temple to pray, one a Pharisee and the other a tax collector. The Pharisee, standing by himself, prayed thus, ‘God, I thank you that I am not like other men, extortioners, unjust, adulterers, or even like this tax collector. I fast twice a week; I give tithes of all that I get.’ But the tax collector, standing far off, would not even lift up his eyes to heaven, but beat his breast, saying, ‘God, be merciful to me, a sinner!’”

At first glance, it seems as though Jesus has painted a picture in which it’s easy distinguish between the good guy and the bad guy – which is just the way we like it. We like it when we can categorize people; is he liberal or conservative, democrat or republican, white collar or blue collar, citizen or alien, believer or unbeliever. We like it when things are black and white, one or the other. And it seems like that is just what Jesus has done for us here.

But it’s never that simple is it? It’s never as black and white as we’d like it to be. In fact, these two men have more in common with each other than we might have noticed. As Jesus tells the story, both of these men went up to the temple to pray. They are both BELIEVERS. Both believe that there is a God and that He hears them when they pray.

And neither of them practices a “private religion” that seems to be the thing to do now a days. Neither says, ‘I can worship God and pray where ever I want to. I don’t need to go to church.” The both went up to the Temple to pray.

And the true is, the Pharisee is not a bad guy at all. Here’s a man who has committed his life to God. Here’s a man who is fully convinced that the 10 Commandments should actually be taken seriously and that a person should strive with all of his heart and soul and mind to live by them. What’s so bad about that?

Is it wrong that he “fasts twice a week” to remind himself that man does not live by bread alone but by every word that comes from God? Is it wrong that he “tithes on all that he gets”? Shouldn’t we all strive to be more like this Pharisee?
The tax collector on the other hand, has chosen a path for his life that is ‘dishonorable’ to say the least. The comparison between ‘tax collectors’ in Jesus’ day and ‘tax collectors’ in our own day doesn’t work. It would be better to compare the tax collector in Jesus’ day to a doctor who does abortions. It may be legal, but it’s disgusting and immoral and the fact that he makes a profit for himself at a terrible cost to others makes him the kind of person that we would REALLY not like to have dinner with. What if he came and took a seat in this sanctuary for worship?

Not so simple is it? And yet, in the end, Jesus says that it is the tax collector who “went down to his house justified, rather than the [Pharisee].”

For the truth is, FOR ALL THAT IS RIGHT about this Pharisee, there is also something that is CLEARLY WRONG with him. And what is wrong with him is that all he seems to want to speak to God in prayer about is himself. His prayer is entirely focused on telling God what good he a person he is. He began by ‘THANKING GOD’ which is good. “O God, I thank you…”

But we can’t help but wonder how much this was just ‘politeness’ as in ‘O God, I thank you for the privilege of speaking to You. And now, let me tell you about myself and why You really should be thanking me.”

And just to make his case even stronger, he singles out a few others and compares himself to them. And whom does he single out for comparison? “Extortioners, unjust, adulterers, or even like this tax collector.”

We thank God that we’re not like those Catholics who pray to Mary or like those Baptists who don’t baptize infants, or those Evangelicals who preach politics from the pulpit, or EVEN LIKE ‘other Lutherans’ who have abandoned the Lutheran Confessions. We rightly divide Law and Gospel and we properly distinguish between justification and sanctification.

And the reason that we say that this is WRONG, is that it fails to take God as His Word. Through His Word, He tells us that He expects us to be holy and righteous in His sight, and He will not settle for one spec less. And through the SAME WORD, He says, and I promise that I will make you holy, as I the Lord your God am holy, through My Son’s all-sufficient sacrifice for you on the cross. For His sake and His sake alone, I forgive you all of your sins and declare you righteous before Me.

But the self-righteous person says, ‘I don’t trust you God. Despite all you say, I still think I need to do all I can do to develop the best resume I can possibly produce. Self-righteousness is WRONG because it rejects the Word and Promise and Sacrifice of God AND ALSO BECAUSE it is willing to throw our neighbor under the bus if it will make us look better.

So what about the other man in this parable – the tax collector? We dare not paint this man with an innocent face and an unfortunate victim of circumstances. Here is a man who made some very bad choices for his life. And he’s made those choices based on greed or lust or some form of self-centeredness that said, “I’m going to do what’s best for me – no matter what it might cost someone else.’ There is no LOVE FOR HIS NEIGHBOR in this man.

Yet as we see this tax collector, STANDING FAR OFF from the altar, head bowed, fist pounding his chest, WE SEE THAT THERE IS SOMETHING THAT IS ‘GOOD’ ABOUT HIM TOO.

He has not come into GOD’S HOUSE to tell God how good and wonderful he is or how much worse he could have been if he hadn’t been so religious. He knows his guilt and he carries it around with him every second of every day and if he manages to forget for a minute, there’s always a SELF-RIGHTEOUS PHARISEE ready to remind him.

Here is a man who, when he prays to God, can only ask for mercy. ‘God be merciful to me, a sinner.’ God’s mercy for sinners is his only hope. And this is ‘GOOD’ because it takes God at His Word and trusts in His promise that God delights in showing mercy to sinners just like him.

In the parable as Jesus tells it, it’s easy for us to identify the ‘good guy’ and the ‘bad guy.’ But it’s not always so simple in real life is it? In fact, most of the time it’s actually never so black and white.

And maybe that’s because, in real life, there are not TWO MEN in this parable at all, but only one. Aren’t we all this very Pharisee. We cannot condemn THAT Pharisee without also condemning THIS Pharisee, who depends on his own goodness and religiosity before God and who even expects to be REWARDED by God, at the very least, because he’s so much better than he could have been if he had allowed himself to do what he really wanted to do, and as everyone else does. Aren’t we all THIS PHARISEE who has turned CONTEMPT FOR OTHERS into a virtue?

But aren’t we all ALSO like this Tax Collector, who comes into the House of God, where God Himself is present and who see himself for the pathetic, selfish, fool before God that he knows that he is. THIS Tax Collector,
– who hears the Word of God as though God were speaking just to him,
– who knows that God knows him through and through and there’s nothing hidden from Him,
– who knows that there is no excuse and no escape and no where to turn before God except to plead for mercy and
– for the Spirit of God to work in him to change him and to put the sinner in him to death and raise up a whole new person
– who lives to show his inexpressible gratitude to the Lord his God who he loves with all his heart and soul and mind;
– who discovers that the only way to express His gratitude to God, is to love his neighbor as himself.