Posted on November 27, 2016 by Lutheran Church of the Resurrection 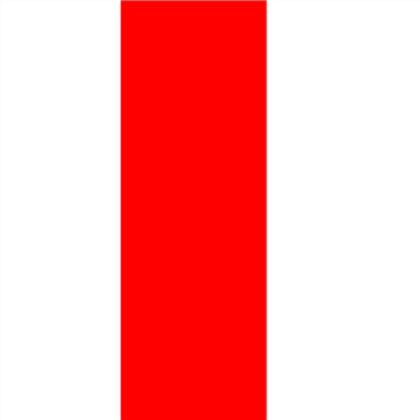 And the answer to the question is of course, ‘all of the above.’ When John writes in his 1st Epistle that “the Father has sent His Son to be the savior of the world,” he’s got all of these ‘sendings’ in mind – the
• incarnational in time,
• the sacramental throughout time,
• and the apocalyptic at the end of time.

But mostly Advent is about the coming of our Lord in the clouds on the Last Day of this world as we know it. Today is New Years day on the church’s calendar. Today we begin a brand new, year long journey, following our Lord Jesus Christ.

And what’s odd about this journey is where we begin. On this New Year’s Day of the Church, we begin another rotation around the life of or Lord. But we begin the journey, not at the beginning, but at the end – the very end. We begin this new journey with Jesus at the end of His earthly ministry, riding into Jerusalem on a donkey and to the cheering of the people, “blessed is He who comes in the name of the Lord.”

But if we know where we’re headed, and we’re headed to the judgment, then every stop along the way is for the purpose of preparing us SO THAT when we arrive at the destination, we’re not taken by surprise. We’re perfectly prepared for it.

The church has been making this annual journey around the life of Jesus Christ since time began. But that’s not to say that we’ve be going in circles for a long time now. It’s more like a spiral where every circle gets a little smaller and smaller until finally it comes to the end.

Where we happen to be on the spiral is impossible to say. But if St. Paul can say to the church of the 1st century A.D., that “salvation is nearer to us now that when we first believed.” (Rom.13:11) Then we know that we’re 2000 years closer than they were.

So, we’ve danced around this long enough here. It’s time for some straight talk about just what our Lord’s coming in the clouds on the Last Day is all about. Why is He coming again? Just to be sure we avoid any confusion, there are three reasons for His coming again that we can definitely rule out.
• First, He is not coming again to offer Himself as the atoning sacrifice for our sins again. He’s already done that and once is all that’s needed.
• Second, He is not coming again to give us His Word so that we may hear it and believe. We already have all of His Word that we need to believe. We don’t need more Bible. The Word that we have is perfectly sufficient for faith and life.
• Third, our Lord is not coming again to bring us the forgiveness and life that He won for us by His cross. He’s already done that in our Baptism and keeps coming to us in His Supper for that very purpose. And we don’t need another sacrament. The two that we have are perfectly sufficient.

If we let our Lord speak for Himself about this, this is what we will hear, “When the Son of Man comes in his glory, and all the angels with Him, then he will sit on his glorious throne. Before Him will be gathered all the nations, and he will separate the people one from another as a shepherd separates sheep from the goats.” (Mat.25:31-33)

This is the same judgment that we heard the prophet Isaiah foretell of in our Old Testament reading, “he will come to judge the nations…” (Is. 2:4).

When Paul addresses the philosophers at the Areopagus as we read in the book of Act, he tells them that ‘God has overlooked the times of ignorance, but now he commands all people everywhere to repent, because he has fixed a day on which he will judge the world in righteousness by a man whom he has appointed; and of this he has given assurance to all by raising him from the dead.” (Acts 17:30-31)

The three ecumenical Creeds that we use to confess the one, true faith when we are together, all DECLARE and REMIND us that “He will come again with glory to judge both the living and the dead.”

The inescapable day is coming when every human being will have to give an account of his or her life to the One who CREATED THEM AND REDEEMED THEM by His own blood.

This is a statement that the whole church has always agreed has accurately reflected what the Scriptures say. Which of us hears those words, even as they come out of our own mouth, without cringing? “…those who have done good will enter into eternal life, and those who have done evil into eternal fire.” Memories of things we’d like to forget and have tried to keep hidden suddenly bubble up to the surface, some from the depths and some from shallow waters. And if we can see them, then surely our Lord can see them too, for nothing is hidden from Him.

It’s all right there in His Word. It’s as ‘BLACK AND WHITE’ as it can be, from the beginning of the Old Testament to the end of the New. Right at the BEGINNING OF THE BEGINNING, it’s “the day that you shall eat of it you shall surely die.” And we’ve all eaten the forbidden fruit. And at the, END OF THE END, it’s, “nothing unclean will ever enter into [heaven], nor anyone who does what is detestable or false…” (Rev. 21:26).

And we wonder, ‘how will be defend ourselves?’ What will I say to the judge when He comes again to judge? It’s all as ‘BLACK AND WHITE’ as it can be.

But wait a minute, which may be the most important minute of your entire eternity. If we will stop the dancing and the denying and the defending and the excuses for a minute, and let the Holy Spirit finish He sentence before we cut Him off with our, ‘BUT WHO THEN CAN BE SAVED,’ we would hear Him tells us that, in fact, not everything is ‘BLACK AND WHITE.’ In fact, there is a BOLD, RED STRIPE that runs right down the middle of the Holy Scriptures from the very beginning to the very end.

That BOLD, RED STRIPE runs like a RIVER OF BLOOD from the Garden of Eden in the beginning clear through to the Garden of Paradise in the end. It’s the trail of blood that leads right to the side of the Judge. He has poured out this bloody red trail of grace and forgiveness over the BLACK AND WHITE letter of the Law.

The words that are written in RED say that anyone who walks in the BOLD, RED STRIPE, is forgiven all of their sins for the Judge’s sake.
• All of the ‘detestable and false things” that they have done are blotted out by the BOLD, RED STRIPE. “I, I am he who BLOTS OUT your transgressions for my own sake, and I will not remember your sins. (Is. 43:25)

• All of their ‘filthy rags” are washed and made righteous in the BOLD, RED STRIPE. “…He saved us, not because of works done by us in righteousness, but according to his own mercy, by the washing of regeneration and renewal of the Holy Spirit…” (Titus 3:5)

• When those who have eaten the forbidden fruit, repent and turn from their sin and walk in the BOLD, RED STRIPE, they are blessed and not cursed, they live and do not die. “Blessed are the dead who die in the Lord from now on.” “Blessed indeed,” says the Spirit, “that they may rest from their labors, for their deeds follow them!” (Rev. 14:13)

Anyone who walks in the WAY OF THE BLACK AND WHITE will “fall short of the glory of God” when he stands before the Lord in judgment and he will go into the ETERNAL FIRE.. In fact, everything that is written in BLACK AND WHITE screams to all who would live by them, “FIND THE BOLD, RED STRIPE and follow it, and live by it.

When He comes again in the clouds and with great glory to judge the living and the dead, our Lord will judge all who walked in that BOLD, RED STRIPE as though all of according to His thoughts and words and deeds were really theirs. “And they shall go into eternal life.”

As we follow this BOLD, RED STRIPE, we join an ancient journey to the “the mountain of the house of the Lord…” We travel with “all the nations that flow to it, and many peoples who come…” to the Lord who will judge the living and the dead. And as we travel, we join our voices to theirs saying, “Come, let us go up to the mountain of the Lord… O House of Jacob, come, let us walk in the light of the Lord.” (Is. 2:3,5).