Posted on November 13, 2016 by Lutheran Church of the Resurrection 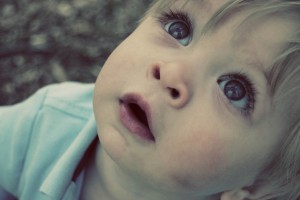 The journey continues. On the last two Sunday we took a couple of ‘side trails’ to celebrate the Lutheran Reformation and the Feast of All Saints. But while we ‘sightseeing’ Jesus was traveling to the destination that “He had set His face to” way back in Luke 9.

And now this morning we realize He’s arrived. He’s in Jerusalem. Palm Sunday has happened and it’s Holy Week. From the accounts of all four gospels, it’s pretty clear that Jesus spent a good deal of His time from Sunday through Thursday at the Temple. Luke writes, “And He was teaching daily in the temple…” And great crowds went to the Temple to hear Him teach. And Luke writes, “and all the people were hanging on his words.” (Lk. 19:47-48)

On one such occasion, “some were speaking of the temple, how it was adorned with NOBLE STONES and OFFERINGS …” This is where we reenter the journey with Jesus. This morning, we’re one of those in the great crowds who are “hanging on his words.”

The Temple in Jesus’ day had been fairly recently refurbished by Herod the Great, and it was an architectural marvel. It was Passover week when many Jews came from miles away for the Feast of Unleavened Bread and the Passover, and they marveled at it just as we would. It was ‘immensely opulent.’

It was the massive size of the stones that the Temple was built on and the huge and high pillars that supported the walls and the roof that particularly caught their attention. They gave the unmistakable feeling of permanence and stability.

The ‘Offerings’ were all of the tapestries that hung from the pillars and the ‘holy vessels’ of gold and silver that were the offerings of the people.

Jesus seizes on the comment as the opportunity for more teaching and launches into a lecture that predicts that this very building will become like a cardboard box in a rainstorm. “As for these things that you see, the days will come when there will not be left one stone upon another that will not be thrown down.” And if that is true, and it is, it happened just 37 years later, then they really rethink what is truly permanent and stable and beautiful in this world. And if they find it, marvel at it like they never marveled at the Temple.

From the destruction of the ‘indestructible’ Temple, Jesus goes on to announce that the stability of the society will crumble like rotted wood and the news is going to be all about “wars and tumults…” “and nation rising against nation, and kingdom against kingdom.” You better re-think what it is that makes for PEACE in the world and what makes a KINGDOM that truly deliver and protect you from all evil.

Even the religious freedoms that you once enjoyed and thought were so permanent and secure will evaporate like a mist. “They will lay hands on you and persecute you, delivering you up to the synagogues and prisons, and you will be brought before kings and governors FOR MY NAME’S SAKE….” “You will be delivered up even by parents and brothers and relatives and friends, and some of you will be put to death. You will be hated by all FOR MY NAME’S SAKE…”

You had better think seriously about the religion that you practice and WHY you practice it and WHAT you expect to gain from it.

Even the creation itself is not as permanent and secure as we might think. And “there will be great earthquakes, and in various places famines and pestilences. And there will be terrors and great signs from heaven…” “And there will be signs in the sun and the moon and stars, and on the earth distress of nations in perplexity because of the roaring of the sea and waves, people fainting with fear and foreboding of what is coming on the world. For the powers of the heavens will be shaken.”

There will be no escape and no where to hide and no insurance policy to cover the damage. So maybe it’s time that you start thinking about what your life is really all about when everything is shaken and destroyed – even the very ground that you stand on.

Because if we have been “hanging on His words,” we would have certainly realized that everything that Jesus said to that crowd of people at the Temple in Jerusalem in the year 33 a.d., could just as easily be addressed to the crowd that is gathered in this temple here today, 2000 years later. And maybe even more so for us than them.

Aren’t we the ones who put such great trust and confidence in the permanence and security of the works of our hands.
– Who can even imagine that there could possibly be a time when not one stone of the White House would be left upon another or that California or Florida would fall into the sea and cease to exist?
– Aren’t we the ones who’s hopes for a secure and enjoyable future are based on a rising stock market, which of course will always go up and up – but that one day will be worth nothing.
– And which of us could even begin to imagine a day when preachers are arrested and handed over the authorities for preaching sound doctrine and calling sin what it is according to the Scriptures?
– And what would we do if the unthinkable actually comes to pass and churches lose their tax exempt status?
– And what if this sanctuary that we have just refurbished and re-roofed is destroyed in a hurricane or tornado tomorrow?
And maybe it is time for us to think seriously about what is truly permanent and secure and the basis for our stability and hope in this world and what this religion that we practice is really all about.

Because aren’t we the ones who are constantly being bombarded with the news of “wars and tumults…”
– And “nation rising against nation and kingdom against kingdom and great earthquakes and famines and pestilences.
– And terrors and great signs from heaven.”
– And religious persecution and people being slaughtered and people on the run just because they call themselves Christians and will not deny it.
– “And distress of nations in perplexity because of the roaring of the sea and the waves, and people fainting with fear and with foreboding of what is coming on the world.”

And so in the midst of the cacophony of chaos and as that which we thought was permanent and infallible crumbles and gives way and the ground under our feet gives way, we “hang on His words” like sheep who hear the voice of THEIR shepherd amidst all the other voices, and we hear that “still, small voice” say to His sheep,
– “Do not be terrified, for these things must first take place…”
– And “This will be your opportunity to bear witness.”
– And “Not a hair of your head will perish. By your endurance you will gain your lives.”
– And “straighten up and raise your heads, because your redemption is drawing near.”

His sheep hear His voice. They “hang on the words” of their Good Shepherd, because He is their permanence and their stability.
– They “hang on His words” because they know that though “heaven and earth will pass away, my word shall never pass away.” (Lk.21:33)
– “I have said these things to you, that in me you may have peace. In the world you will have tribulation. But take heart; I have overcome the world.” (Jn. 16:33)

As His sheep hear His voice and ‘hang on His word,’ they begin to realize that He has been very near to them all along. He has “never left them nor forsaken them.” And He never will. He is their permanence and stability in a world that is falling apart at the seams.

The “noble stones” of the Temple that the crowds marveled at in Jerusalem is their Shepherd. He is “stone that the builders rejected but that has become the capstone.” And all the sheep agree, “It is marvelous in our eyes.” (Mat. 21:42). The ‘immensely opulent’ Temple that Herod built has been thrown down. And God has raised up a new temple in the person of His Son, Jesus Christ, who lives and reigns to all eternity.

So, while everyone else is “fainting with fear and foreboding of what is coming on the world,” this little flock that “fears His name,” sees “the sun of righteousness rising with healing in its wings,” their Redeemer “coming in a cloud with power and great glory” and they “go our leaping like claves from the stall.” (Mal. 4:2).

In the midst of a dying world, they “straighten up and raise their heads” and “sing to the Lord a new song for he has done marvelous things. His right hand and his holy are have worked salvation for him.” (Ps.98:1).

In other words, what do the faithful do as this world comes to its end? Do they “walk in idleness” as we heard Paul say that some in Thessalonica were doing? No, we go to work, with boldness and confidence knowing that “our redemption is drawing near.”

We go into this dying world and work hard to MAKE IT A BETTER PLACE TO LIVE. We carry out our God-given vocations as spouses and parents and citizens and workers and neighbors, AS THOUGH THIS WORLD WERE GOING TO LAST ANOTHER 2000 YEARS.

Even though we know that ‘wars and tumults’ will increase as time goes on, we work for peace and a safe society for everyone. Even though we know that ‘that there will be earthquakes and famines and pestilences in various places,’ we build beautiful buildings and keep rebuilding homes and cities that have been destroyed and bring food and medicine to the hungry and diseased.

Why do we do this since we know that it’s all going to be destroyed in the end? Because this is what it means to ‘love our neighbor’ and this is our “opportunity to bear witness” and the opportunities will continue to increase.

In these LAST DAYS, at the END OF TIME, we live IN THE PRESENT DAY, even as we await the FINAL DAY, when we will see our Good Shepherd come again, “in a cloud with power and great glory.”

Here today, in this ‘temple’ made of wood, we straighten up and ‘raise our heads’ and our hearts, and hold out our hands and open our mouths, and ‘hang on His Word,’ “take and eat, take and drink,” ‘our redemption is drawing as near to us as this bread and this wine.