Posted on January 22, 2017 by Lutheran Church of the Resurrection 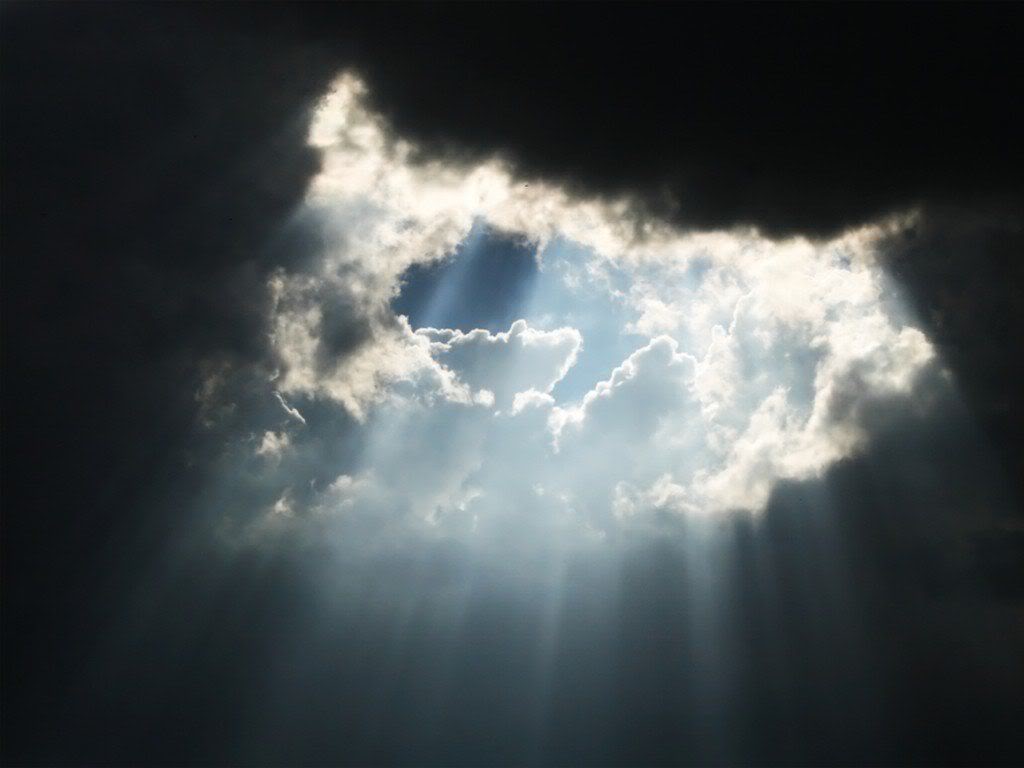 If you know the story of Jacob, you know that he had a ‘complicated’ family life to say the least. To make a long story short, Jacob had 12 sons and who knows how many daughters. Each son had a family of his own and over time, these 12 families become the “12 tribes of Jacob,” or to use the name that Jacob was given, “the 12 tribes of Israel.”

When Israel crosses the Jordan River into the Promised Land, each ‘family’ draws a number out of a hat that determines which territory will be theirs.

The family of Zebulun drew number 3, which was a small parcel of land just off of the Sea of Galilee. (Joshua 19:10-16)

The family of Naphtali drew number 6, which was a large parcel of land that occupied the entire western side of the Sea of Galilee and marked the northern border of Israel. Naphtali consisted of 12 cities, one of which was called ‘Capernaum.’ (Joshua 19:32-39).

There comes a time in Israel’s history when the King of Israel was so weak and corrupt that foreign nations begin to take advantage of her. The Assyrians invade from the north and take some of the territory and deport the Israelites and raise the Assyrian flag. And of course, that territory was the land of Zebulun and the land of Naphtali. You can read all about it in 2 Kings 15.

It might help to think of it like this. A foreign nation invades the U.S. by its northern border and conquers the states of Maine and New Hampshire and raises a foreign flag and forces everyone to submit to its rule. It’s a DARK and GLOOMY time to say the least.

This is the political situation of the day that Isaiah has in mind when he prophesies the coming of a Savior. “In the FORMER TIME he brought into contempt the land of Zebulun and the land of Naphtali, but in the LATER TIME he has made glorious the way of the sea, the land beyond the Jordan, Galilee of the gentiles.” “The people who walked in darkness have seen a great light; those who dwelt in the land of deep darkness, on them a light shined.”

The Prophet Isaiah predicts that an EPIPHANY– a ‘bright light’ will shatter the DEEP DARKNESS in which the people of Zebulun and Naphtali live.

This is the same Old Testament reading that we are used to hearing on Christmas but continuing to verse 6 where we hear these words, “For unto us a child is born, unto us a son is given and the government shall be upon his shoulders and his name shall be called Wonderful Counselor, Mighty God, Everlasting Father, Prince of Peace.”
The deliverance of the people of Zebulun and Naphtali will come from a ‘child,’ who is the son, not of Jacob, but of God.

And so it is that in our gospel reading for this morning, we heard St. Matthew tells us that when “Jesus heard that John had been arrested, he withdrew into Galilee. And leaving Nazareth he went and lived in Capernaum by the sea, in the territory of Zebulun and Naphtali, so that what was spoken by the prophet Isaiah might be fulfilled…”

600 years after Isaiah’s prophesy, Matthew announces its fulfillment as Jesus Christ, the ‘child born of Mary,’ begins His public ministry. Matthew summarizes the message that Jesus preached, “saying ‘Repent, for the kingdom of heaven is at hand.’”

This of course is the same message that John the Baptist was preaching, “Repent, for the kingdom of heaven is at hand.” John prepared the way of the Lord. Jesus Christ is the way of the Lord. The future has become the present. TIME’S UP. The time for waiting and delaying and procrastination is over. “Thy kingdom has come…” God Himself is dwelling among us, in the flesh and with the Spirit.

“And this is the judgment; the light has come into the world, and people loved the darkness rather than the light because their works were evil. For everyone who does wicked things hates the light and does not come to this light, lest his works should be exposed.” (John 3:19-20)

Those are the sobering words that immediately follow the good news that “God so loved the world that He sent His Son…” (John 3:16).

Not everyone welcomes His EPIPHANY in this dark world because He threatens to upset their comfortable ‘status quo.’ He is THE HOLY ONE who comes to the UNHOLY ONES.

For some, this is the GOOD NEWS that they have longed waited and hoped for. They long to be set free from what they hate. For others, this is deeply disturbing and makes them angry because they’ve adapted and adjusted and learned to live with the darkness and for the most part anyway, pretty comfortable with things the way they are.

FOR THE ONE, His coming on the Last Day will be to welcome them into ‘eternal life’ with “God who is light in whom there is no darkness at all.” (1 John 1:5) FOR THE OTHER, His coming on the Last Day will be to send them into the ‘outer darkness’ and an eternity of ‘weeping and gnashing of teeth.’ “Repent, for the Kingdom of Heaven is at hand.”
Fresh from His victory over the devil in the wilderness, Jesus comes to reclaim His creation and His people and renew them. So, it’s utterly foolish and terribly dangerous to think that Jesus has come into this world just to ‘add a little light to the darkness’ or to ‘add a little joy’ to our miserable lives but not to “make all things new.”

It’s ridiculous to presume that He has come to forgive us our sin so that we may continue in it. OR that we may add as much of Him to our life as we choose like we add seasoning to our food to spice it up a bit.

“Old wineskins” are not suitable for the ‘new wine’ that He is serving. The kingdom and the power and the glory are His and He comes to separate the light from the darkness by His strong Word, just as He did in the beginning.

“Repent, for the Kingdom of Heaven is at hand.”

God’s reign has broken into this dark and sinful world in Jesus Christ, to reclaim and restore what is rightfully His. And you belong to Him. And wherever His people are “dwelling in darkness,” He comes with His light.

The one who mourns the loss of a child or a spouse or a parent or a friend live in the land of Zebulun and Naphtali.

The one who suffers with disease or illness that lingers on or knows no cure lives in the land of Zebulun and Naphtali.

And it is to all of these and so many more that Jesus Christ comes to when Matthew writes the good news that “he went and lived in Capernaum by the sea, in the territory of Zebulun and Naphtali that what was spoken by the prophet Isaiah might be fulfilled… the people dwelling in darkness have seen a great light, and for those dwelling in the region and shadow of death, on them a light has dawned.”

He comes with His great EPIPHANY and His GREAT LIGHT sets us free. And then He says, “follow me.”

It’s a gracious invitation that is not based on the goodness or worthiness or even the potential of the one who is called, but solely on the basis of His unconditional love for sinners who live in the GLOOM of captivity to sin and who cannot free themselves from the DEEP DARKNESS.

“While walking by the Sea of Galilee, he saw two brothers Simon, who is called Peter, and Andrew his brother, casting a net into the sea, for they were fishermen. And He said to them, “Follow me and I will make you fishers of men.’ And immediately they left their nets and followed Him. And going on from there he saw two other brothers, James the son of Zebedee and their father, mending their nets, and he called them. Immediately they left the boat and their father and followed him.”

As Jesus calls these four particular men to follow Him, He is calling them to a particular vocation as ‘APOSTLES.’ These four along with eight others will be the ones who will carry His Word to ALL NATIONS, preaching the same message that He did, “Repent for the kingdom of heaven is at hand,” and baptizing the repentant into this kingdom of heaven.

In fact, it is from them that you and I hear the GOOD NEWS that Jesus Christ has come to us who “dwell in the region and shadow of death” and on us, “His light has dawned.” We are among the great catch of fish that these “fishers of men” have caught in the gospel.

But for now, they are still very much like you and me, people who are occupied with their daily vocation in life, to whom Jesus comes and graciously calls, saying “follow me.”

So, even though we have not been called by Jesus Christ to be ‘apostles,’ I think that these four men offer us a good example to follow. They “immediately left their nets and their boats and followed Him.” As we well know, they had no idea where Jesus was leading them or what lie ahead. In fact, as we well know, they had serious misunderstandings of where Jesus was leading and what it means to ‘follow Him,’ JUST LIKE WE DO.

They will watch Him be punished and beaten with the “staff” and the “rod of their oppressor” all so that they might be spared, and that you also might be spared.

He who is ‘the light of the world’ will be “brought into contempt” and enter into the utter darkness that will cover the whole land from the 6th hour to the 9th hour.

And then, on the 3rd day, all who “repented” and “followed Him, will “rejoice before Him as with joy at the harvest, as they are glad when they divide the spoil.” “For there will be no more gloom for her who was in anguish.”