Posted on April 24, 2017 by Lutheran Church of the Resurrection 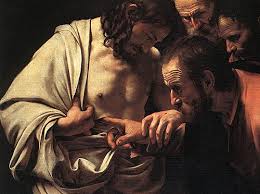 On the day that we call “Maundy Thursday,” Jesus ate the Passover meal with His disciples in the Upper Room and transformed the Passover meal into the Lord’s Supper. After the meal was finished, Jesus led the 12 disciples minus Judas to the Garden of Gethsemane. It’s about two miles from Jerusalem, up the Mount of Olives to the Garden. It would have taken them about an hour to walk that distance.

As they walked, Jesus had a lot to say to them, a good deal of which has to do with the fact that He is about to be taken away from them, but that He will return. “A little while, and you will see me no longer; and again in a little while you will see me. Truly, truly, I say to you, you will weep and lament, but the world will rejoice. You will be sorrowful, but your sorrow will turn into joy.”

He compares what they are about to experience to a woman in labor. “When a woman is giving birth, she has sorrow because her hour has come, but when she has delivered the baby, she no longer remembers the anguish, for joy that a human being has been born into the world. So also you have sorrow now, but I will see you again, and your hearts will rejoice, and no one will take your joy from you.” (John 16:20-23).

He knows what they are going to go through when He is handed over and taken away from them. And He’s more concerned for them than for Himself. He knows exactly how this is all going to end.

But they do not. They’ll be confused and full of doubts and afraid. As often as He’s told them how this is going to go, they haven’t really listened. They didn’t really believe it. They still didn’t believe it.

But then it happened. The shepherd was taken away from them and they were scattered like frightened, little lambs.

Their distress however was only short lived. “On the evening of that day, the first day of the week, the doors being locked where the disciples were for fear of the Jews, Jesus came and stood among them and said to them, ‘Peace be with you.’

He had told them, “A little while, and you will see me no longer; and again in a little while you will see me.” And sure enough, just as He said, three days later, there He is. Present with them – alive as ever. His promises never fail.

Evidently, they still can’t believe what they’re seeing and hearing. It was “for fear of the Jews” that they were huddled together behind locked doors. We’ve all seen the WWII movies of the Nazi’s going door to door looking for Jews to arrest and sent to the camps. This was their fear. Whoever this man was, he had found their hiding place and gotten through the locked doors. It had to be terrifying. His word of “peace be with you” fell on deaf ears.

But “when he had said this, he showed them his hands and his side. THEN the disciples were GLAD when they saw the Lord.” It was the marks of His crucifixion that broke through their stunned disbelief – and turned their fear to “gladness.”

This is Jesus, the crucified Jesus, the “and he breathed His last” Jesus. The Good Shepherd has returned for His sheep – just as He said He would. “I will see you again, and your hearts will rejoice, and no one will take your joy from you.”

A second time Jesus speaks His Word of peace. “Jesus said to them AGAIN, ‘Peace be with you.”

“As the Father has sent me, I am sending you.” “And when he had said this, he breathed on them and said to them, ‘Receive the Holy Spirit.” This is His ‘little Pentecost,’ 50 days before the ‘big Pentecost.’

Here, in this ‘little Pentecost,’ Jesus gives them the authority to speak on His behalf. “If you forgive the sins of any, they are forgiven them; if you withhold forgiveness from any, it is withheld.” He is sending His apostles out into this crazy world with His Word and His authority to speak it.

They’re to walk right into a world of lost and frightened people who lock themselves behind all kinds of doors in an attempt to hide from whatever it is they’re afraid of – others, themselves, their God.

They’re to announce His peace to them. “The peace of the Lord be with you.”

And then they’re to say, “as a called and ordained servant of the word and by His authority, I forgive you all of your sins…” And when they hear them speak this absolution into their lost and frightened lives, it will be hearing the crucified and risen Jesus Himself. And it will transform their fear into gladness because JESUS IS HERE, MY JESUS IS HERE. IT IS WELL WITH MY SOUL.

The first one that the apostles go to is their fellow apostle, Thomas, who wasn’t with the others on that first Easter night; which just goes to show you what you miss when you miss church.

“The disciples told him, ‘we have seen the Lord.’” That’s the first recorded sermon that the disciples preach after their ordination. It’s short and sweet. After the ‘big Pentecost’ sermons get much longer. But here, it’s simply a matter of the eyewitnesses saying what their eye has witnessed. ‘We have seen the Lord.’ It’s an incredible sermon really. It’s what every sermon should be really – the telling and retelling of what the eyewitness saw when the saw the Lord.

“But Thomas said to them, ‘Unless I see in his hands the mark of the nails and place my hand into His side, I will never believe.”

In the Nicene Creed, we say that we believe in “the one, holy Christian and APOSTOLIC church.” That means that we believe the word of the Apostles – which is what the New Testament is.

But Thomas wasn’t ready to confess the Nicene Creed just yet. The APOSTOLIC WORD is not enough for Thomas. Thomas is a charismatic. The preached Word based on SOMEONE ELSE’S EYEWITNESS TESTIMONY is not enough for him. He’s got to feel it, touch it, see it for himself before he will BELIEVE.

We call him, ‘doubting Thomas’ but that’s a bit too charitable. Even Jesus doesn’t even call him a ‘doubter’ but a ‘disbeliever.’

Which kind of makes you wonder why this account is even in the bible let alone the reading for the 2nd Sunday after Easter every year – even in the 3 year cycle. You’d think that Thomas might be discreetly kept out of sight. Every family’s got a crazy aunt Gertrude who’s behavior is an embarrassment to the family whom you hate to bring out in public.

What is it that we are supposed to see here? Why did the church read John’s account of Thomas’ disbelief every year on the Sunday after Easter? How is Thomas’ supposed to strengthen our faith?

One of the early church Fathers, Gregory the Great, answers our question like this.
“The disbelief of Thomas has done more for our faith than the faith of the other disciples.” “In a marvelous way God’s mercy arranged that the disbelieving disciple, in touching the wounds of his master’s body, should heal our wounds of disbelief.”

In other words, Thomas is someone in whom we can all find ourselves. It’s not a pretty picture and it’s nothing to be proud of, that’s for sure. How often have we issued our demands and spelled out the terms which our Lord must meet before we will believe in His Word of promise that never fails, and put our trust in Him, and let Him transform our fear into joy?

But John, who was one of those Apostles who was there, directs our attention, not to so much to Thomas’s disbelief, as to how Jesus responds to His dear, little lamb.

“Eight days later, his disciples were inside again, and Thomas was with them. Although the doors were locked, Jesus came and stood among them and said, ‘Peace be with you.’

A full week has gone by and the troubles and trials of life in a world gone mad have eaten away at that joyful confidence that they had just last Sunday. Once again they’ve LOCKED THE DOORS.

Don’t kid yourself! You’re not as strong as you think you are. You need to be RENEWED every week by His word of “peace be with you” and “absolution.”

And then he said to Thomas, ‘Put your finger here, and see my hands; and put out your hand, and place it into my side. Do not disbelieve, but believe.’

“Thomas answered Him, ‘My Lord and my God.’

This is an AMAZING confession of faith that we dare not miss. What springs from Thomas’ mouth goes beyond what his eye has seen or his hands have touched. The early church Father Augustine says, “he saw and touched a man and confessed God whom he did not see or touch.”

Jesus is not nearly as impressed with Thomas’ confession of faith as He is with yours. “Have you believed because you have seen me? Blessed are those who have not seen and yet have believed.”

Earlier, we heard the apostle Peter, who was also in the congregation that day, say to the Christian Church in every age, “Though you have NOT SEEN HIM, you love him. Though YOU DO NOT NOW SEE HIM, you believe in him and rejoice with joy that is inexpressible and filled with glory, obtaining the outcome of your faith, the salvation of your souls.” (1Peter 1:8-9).

This is how our Lord send us out into this crazy world, where all hope and confidence is based solely on what can be felt and touched. To base your hope and confidence on feelings and what is tangible and is so fragile. Sooner or later feelings change and the tangible collapses and leaves you lost and uncertain and afraid.

But when we live by faith in MY LORD AND MY GOD, we base our hope and confidence on what is MOST REAL AND TRUE AND UNCHANGEABLE. The tears, the pain, the disappointments, even the suffering, are still there. But rather than cause for doubt or disbelief, they are now reminders that our Lord has sent us into this world as the Father sent Him. And we know where it’s headed and how it’s all going to turn out.