Posted on May 8, 2017 by Lutheran Church of the Resurrection 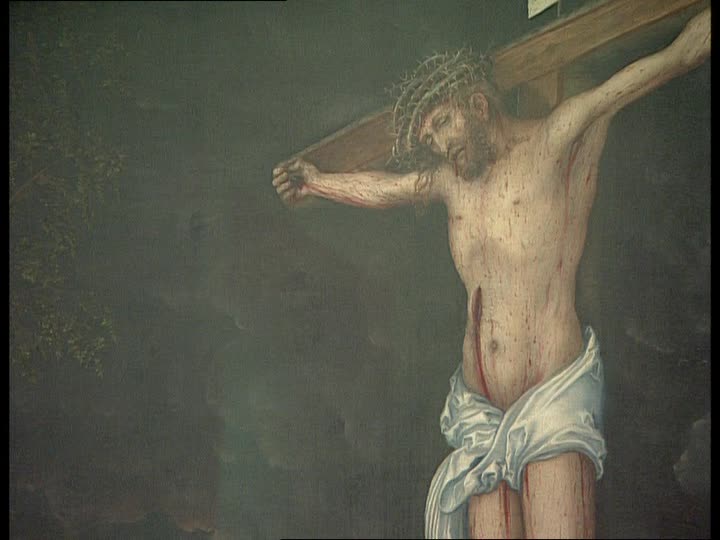 The text for our consideration this morning is the gospel appointed for this 4th Sunday of Easter from St. John’s 10th chapter, where our Lord compares His holy, Christian Church to a flock of sheep, and compares Himself to the door of the sheep pen and the shepherd who enters into the pen and calls His sheep and leads them out to pasture.

It would be an ideal and perfectly pleasant picture, if there wasn’t interwoven in it some thieves and robbers and strangers whose interest is to lead this holy flock of Jesus astray to steal, kill and destroy them.

I don’t know if you noticed or not, but that’s always the way it goes with every story in the bible. You never get an ideal and perfectly pleasant picture where everything goes well all the time. Even when the sheep do everything they’re supposed to do, it never goes the way that it should. There are always thieves and robbers and strangers lurking around. Every story has its share of trials and troubles and problems – and some degree of pain and suffering.

So when Jesus announces that He has come so that His holy flock of little lambs “may have life and have it abundantly,” we wonder, what does this mean? What does this NOT mean? There’s a lot of confusion and misunderstanding about what Jesus had in mind when He said this. What is this “LIFE” that Jesus promises that His holy flock will have “abundantly” as they “hear my voice and follow Me”?

If there’s one writer in the New Testament who seems to want us to understand what this LIFE that Jesus has come to give to His holy flock is all about, it’s John.
• John begins his gospel by telling us that “in Him,” that is, “in Jesus,” “was LIFE and the LIFE was the light of men.” (Jn.1:4)
• John quotes Jesus who says that even His holy flock who have died, will one day, “Hear the voice of the Son of God and those who hear will live. For as the Father has LIFE in himself, so he has granted the son also to have LIFE in himself.” (John 5:25f).
• He records Jesus’ words to Martha, “I am the resurrection and the LIFE. Whoever believes in me, though he die, yet shall he LIVE.” (John 11:25).

Whatever this LIFE is, it’s LIFE that even DEATH does not diminish.

John begins his epistles to the Church the same way that he began his gospel.
• In his 1st Epistle he writes, “This is the testimony that God gave us, eternal LIFE, and this LIFE is in His Son. Whoever has the Son has LIFE; whoever does not have the Son does not have LIFE.” (1 Jn.5:11f)

When you read John you’d swear that he thinks we’re all DEAD or something. And that’s his point – we are. Oh, we’ve got a living body and every once in a while we might think that we’re REALLY LIVIN’ NOW. But apart from Jesus, we’re REALLY DEAD.

John’s uses the phrase ‘ETERNAL LIFE’ twice as many times as the other three gospel’s put together. John writes, “For God so loved the world, that he gave his only Son, that whoever BELIEVES IN HIM should not perish but have ETERNAL LIFE.” (John 3:16) ETERNAL LIFE is far more than life that’s eternal – never ends. It’s the life of Jesus Christ Himself – who is eternal.

When we think of the ETERNAL LIFE we think of HEAVEN where it’s ideal and perfectly pleasant all the time and there’s are no robbers or thieves or strangers to mess things up.

We think of the GARDEN OF EDEN and PARADISE where everything was very good – AND YET, even there, there comes a stranger who is a robber and thief – and it doesn’t end well. So whatever ETERNAL LIFE is, it’s even better than PARADISE in the beginning.

Frankly, this LIFE that Jesus Christ has come to give to His holy flock is more than we can imagine or comprehend. Which is what Jesus is getting at when He attaches that adverb, ABUNDANTLY to it.

That word ‘abundant’ means, ‘in excess,’ ‘more than you know what to do with.’ It’s the word that John uses to describe the ‘LEFTOVER’ fragments of bread after the feeding of the 5,000. Jesus fed His holy flock an ABUNDANCE of food – more than they could eat.

Now He wants to feed His holy flock an ABUNDANCE of LIFE. More LIFE than they are able to live. Always more and more where that came from – and the more you live this life that Jesus gives the more there is to live. “For to the one who has, more will be given, and he will have an ABUNDANCE…” (Mat.13:12).

This is the LIFE that this Jesus gave you in your BAPTISM where He brought you into His SHEEP PEN and made you one of HIS HOLY FLOCK. He called you BY NAME – and says “now, I am your Shepherd and you are My little lamb. Now listen to my voice and follow Me and not the voice of a stranger – that you may HAVE what I have already given to you, LIFE in Abundance.”

And it’s right about here that we start to run into some confusion. The holy flock of Jesus hears His voice, “come, follow Me.” And they do. But where does He lead His dear little lambs? He leads them to heaven – abundant life – eternal life – but the way He leads His holy flock goes to a cross. And ‘the cross’ is suffering and pain and shame and sorrow and tears and death – all of those things that ETERNAL life in ABUNDANCE is NOT.

His way leads to the cross of course only because there are robbers and thieves and strangers in this world – and we have listened to their voice and followed them. And their way leads to death. And we’re all dying.

And the sheep quickly realize that although this Eternal life in Abundance is theirs EVEN NOW, there is still suffering, pain, shame, sorrow, tears and death EVEN NOW.

And it’s right here that the thieves and robbers and strangers show up and make their deadly play to lead Christ’s holy flock astray. They say things like, ‘you should be happy and healthy and prosperous – because that’s what Jesus’ ABUNDANT life is – it’s more joy and happiness and health and wealth than you know what to do with. And if that doesn’t exactly describe your life, then maybe there’s something wrong with you.
• Maybe you don’t believe it enough.
• Maybe you don’t want it enough.
• Maybe there’s something more you need to do – like get rid of that ridiculous cross you’re bearing and put on a happy face.
• Sure you’re going to go through hard times now and then. That’s OKAY so long as you say that you’re experiencing some deep inner joy through it all
• because that’s what it means to be a REAL Christian.

Thieves and robbers and strangers abound, disguised as shepherds, with voices that sounds eerily similar to the commercials and advertisements with their slick message that if you use this ‘new and improved’ product your life will be so much better, so much happier, and you will can have your best life now – as though being a holy lamb of Jesus means that you’re immune to pain and suffering and even death itself.

Thieves and robbers and strangers abound, disguised as shepherds. If you listen to their voice, you’ll hear them say, “did God really say… you need to WAIT, you need to DO WITHOUT, you need to DENY YOURSELF? Surely that is not the ABUNDANT LIFE that God wants you to have.”

This is not only incredibly cruel, but it sets the holy flock of Jesus on a different path than the one our Lord leads us. He came down from heaven, paradise, His rightful place, to share in the collective suffering and pain and death of all mankind from the first man to the last – with His comforting word – “I will be with you always.” He has come into this world to be the ONE TRUE VOICE that His sheep may listen to, that they may have HIS ABUNDANT LIFE.

And although the sound of His voice in the ears of His holy flock comforts them in their suffering and pain and cross bearing, and gives them courage in their trials and temptations – it does not necessarily change their situation or end to their struggles relieve them of their suffering – and they may find NO JOY or HAPPINESS in the cross that they must bear. And how cruel to even suggest that this means that they have no faith, or that Christ is not truly with them.

But the Good Shepherd “when He has brought out all His own, He goes before them and the sheep follow Him, for they know His voice.” He leads the way and we follow Him. He suffers and even dies but then lives and reigns to all eternity – and His sheep see this and hear His tender and gracious voice – “I lay down my life for you.” “I will never leave you nor forsake you.” And the sheep know His voice. And in hearing His voice they follow Him even in suffering and pain and cross bearing and death – and we know that it’s okay.

As we follow our Lord, we do not travel alone – but as a holy flock. The saying is true, ‘misery loves company.’ We comfort one another in our suffering and pain and cross bearing – not with the voice of the strangers – ‘get over it,’ ‘it’s nothing,’ – but as brothers and sisters who suffer together and bear one another’s pain and griefs and encouraging one another to resist the temptation and do not be afraid – even while reminding them of their Shepherd’s promise which never fails – “He came that we may have life and have it abundantly.”

The ABUNDANT LIFE that the good Shepherd has come to give His holy flock is ours NOW even though we cannot experience it YET as we will. The day will come when time will run out for this old world and our good Shepherd will appear once again with His “new heaven and new earth.”

And all of the thieves and robbers and strangers will be exposed for the frauds that they are and sent away to their own life in their own little world.

And the holy flock will hear their Good Shepherd say to them, “Come to Me, you who are weary and heavy laden, and I will give you rest.” And “He will wipe away every tear from their eyes, and death shall be no more, neither shall there be mourning, nor crying, nor pain anymore, for the former things have passed away.” (Rev. 21:1-4)

Until then, we listen to His voice, we eat His food, and we follow Him as He leads us through this valley of the shadow of death into His paradise, His heaven, and experience the fullness of this ABUNDANT LIFE that has been ours all along.