Posted on September 11, 2017 by Lutheran Church of the Resurrection

“The Kingdom of heaven is like…” Finish the sentence. No, on second thought – don’t. It could be pretty embarrassing. 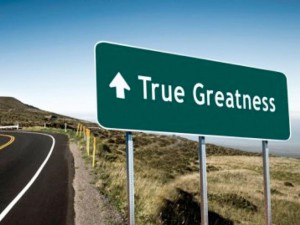 When Jesus finished that sentence by saying “the Son of Man must go to Jerusalem and suffer many things from the elders and chief priests and scribes, and be killed, and on the 3rd day be raised,” Peter took Him aside and said, “This shall never happen to you.” (Mat. 16:21-22) That’s NOT what the Kingdom of Heaven is like. How embarrassing.

Just before our Gospel reading for this morning, Jesus, for a 2nd time, told His disciples, “The Son of Man is about to be delivered into the hands of men, and they will kill him, and he will be raised on the third day.” (Mat. 17:22-23). Matthew, who was one of them, writes, “They were greatly distressed.” That’s not what the Kingdom of Heaven is like.

None of this was lining up with the way that they would finish the sentence, “the Kingdom of heaven is like…” In fact, the further along this journey with Jesus they go, the more confused they get. One of them will drop out altogether because this is NOT what he thought the KINGDOM OF HEAVEN is like. The others who stick around won’t ‘get it’ until the Holy Spirit opens their minds on the Day of Pentecost, nearly two whole months after the Kingdom of Heaven has come.

In their GREAT DISTRESS, “the disciples came to Jesus, saying, ‘Who is the greatest in the Kingdom of Heaven?” Jesus seems to be turning every one of their PREconceptions into MISconceptions and now, they’re not sure what to think or how to complete the sentence, “the kingdom of heaven is like….”

And so they ask, “who is the greatest in the Kingdom of Heaven?”

No one’s sure what their tone of voice is or how we’re supposed to hear their question.

Have they been arguing or bickering among themselves, maybe ever since Jesus singled Peter out with His “blessed are you Simon, bar Jonah…” Are they asking from a spirit of jealousy or competition?

Or, are they genuinely confused? Are they honestly trying to understand what this Kingdom of Heaven is like and how it actually works, and they need some more data to go by?

Clearly, Jesus doesn’t scold them for asking their question.

There’s your answer. Jesus answers their question in two ways.

It kinda reminds you of that time Jesus’ told poor Nicodemus, “Unless you are born again you cannot see the Kingdom of God.” Nicodemus is confused. “How can a man be born again? Can he enter a second time into his mother’s womb?” (John 3:3-4)

The disciples of Jesus have to be just as confused. How can big adults become little children?

But Jesus DIDN’T say that they need to BECOME LITTLE CHILDREN. He said they need to “become LIKE little CHILDREN.” To become LIKE a CHILD, means to become ‘CHILD-LIKE,’ which is not necessarily ‘CHILD-SIZED’ and its definitely not ‘CHILDISH.’

There’s a couple of strange ideas out there about what children are like that we need to take off the table so that we’re not we’re not chasing something that doesn’t actually exist.

I think it would be much more honest and whole lot safer if we were to picture a REAL BRAT, demanding, strong willed, hard to please, disagreeable child. Now we’ve got a ‘REAL CHILD’ to deal with.

And now we’ve got a good picture of the ‘CHILDREN’ that God calls ‘MY CHILDREN’ throughout the Old Testament. The ‘people of Israel’ are the ‘CHLILDREN OF GOD.’ And in God’s own words, His children are stubborn, rebellious, stiff-necked, children who refuse to TRUST Him. And they’re clearly NOT INNOCENT.

The thing that this child that’s standing before the disciples had in common with ALL CHILDREN was its utter DEPENDENCE. Babies and little children are helpless and vulnerable, DEPENDANT on mom and dad to provide for all that they need. Even when something is wrong, babies and little children don’t know what the problem is. They only know they’ve got one.

The only thing that they are able to do is CRY. CRYING is their only weapon in their battle for survival. I read an article in the New York Times just this past week that summarizing a study on the effectiveness of a babies crying in getting the attention of adults. The researchers studied animals and noted that the babies in trouble got almost no response from the mother no matter what they did until they cried. Every parent knows how impossible it is to ignore their child’s crying.

The prophet Isaiah tells the people of Israel to act like LITTLE CHILDREN before God. “He will surely be gracious to you at the sound of YOUR CRY. As soon as he hears it, he answers you.” (Isaiah 30:19).

“Unless you turn, and become like a child,” you’re not going to ‘CRY OUT’ to your Father in heaven in your time of need. You’ll try to DIAGNOSE and FIX your problem YOURSELF because you’re AN ADULT – not a CHILD.

Unlike little children who grow up and outgrow their dependence on their parents, we never outgrow our helplessness and dependence on God. We never become autonomous, self-sufficient, adults before God. We’re always CRYING, as dear children cry to their dear Father in heaven, “Lord have mercy upon me.”

In fact, real ‘GROWTH’ in the Kingdom of Heaven, if you want to call it that, actually goes in the OPPOSITE DIRECTION. The older and more mature we become, the more we realize how UTTERLY DEPENDENT on God we really are, the more ‘child-like’ we become.

So, the Kingdom of Heaven is populated by nothing but ‘CHILDREN,’ those who are utterly dependent on their heavenly Father for everything – and who KNOW IT, and CONFESS IT, and REJOICE IN IT. ‘Truly, I say to you, unless you turn and become like children, you will never enter the kingdom of heaven.”

Now, Jesus goes on to answer His disciple’s question more directly. “Whoever humbles himself like this child is the greatest in the kingdom of heaven.’”

“Greatness” in this ‘kingdom of heaven’ is a matter of ‘humility’ before God – which simply means that we recognize our utter dependence on God to take care of us and give us all that we need for this body and life and the life to come.

We are not only simultaneously saint and sinner but also adult and child.

Needless to say, none of this comes NATURALLY – and what doesn’t come NATURALLY never comes EASILY. Which helps explain why the disciples are so confused and find it so hard to finish the sentence, ‘the Kingdom of God is like…’

It’s the same way for all of us. We come into this world wired to believe that “we can be like God.” We can take care of ourselves just fine and even atone for our own sins by our own good works. We’re grown-ups, independent, self-supporting. And we can’t see it any other way.

Which only means one thing – WE REALLY ARE TOTALLY DEPENDENT ON GOD – we really are like little children. Unless HE ‘turns us,’ unless HE ‘humbles us,’ we never will “turn” and “humble ourselves.” And we will never know who the greatest in the Kingdom of Heaven is.

Like little children, we learn our lessons very slowly and very often, we learn them the hard way. So when we hear Jesus say, “unless you turn… unless you humble yourself…we know that He’s not just talking about a one-time event in our life but a constant and daily ‘turning’ and ‘humbling ourselves,’ a daily realization that we are totally dependent on Him to become like the child of God that He would have us be.

This daily ‘turning’ and ‘humbling ourselves’ is nothing else but a daily turning to Jesus Christ, in Whom we have the answer to the question, “who is the greatest in the Kingdom of Heaven.”

He is the One who “humbled Himself” and became a ‘LITTLE CHILD,’ even a fetus in Mary’s womb; a new born infant lying in a manger, totally helpless and dependent upon Mary and Joseph to hear his crying and figure out what He needed.
With ‘child-like’ faith in His heavenly Father, He ‘humbled himself by becoming obedient to death, even death on a cross,’ for you and for me and for all of the big, grown up people in this world who, in our quest for ‘greatness,’ still don’t know how to act like the ‘little children’ that we truly are before God. (Philippians 2:8).

“Who is the greatest in the Kingdom of heaven?” Stop being ‘childish.’ Fix your eyes on Jesus, and Him crucified for you. It’ll turn you and humble you until you cry out to Him like the baby that you are