Posted on October 2, 2017 by Lutheran Church of the Resurrection

“When he entered the temple, the chief priests and the elders of the people came up to him as he was teaching and said, ‘By what authority are you doing these things, and who gave you this authority?’” 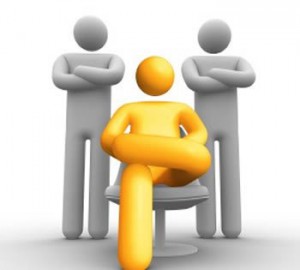 A little background would be helpful. We are now into the 21st chapter of Matthew’s gospel which opened with Jesus’ entrance into Jerusalem on Palm Sunday. The first thing that Jesus did when He entered the city was go straight to the Temple.

“And Jesus entered the temple and drove out all who sold and bought in the temple, and he overturned the tables of the money-changers and the seats of those who sold pigeons. He said to them, “It is written, ‘My house shall be called a house of prayer,’ but you make it a den of robbers.” (Matthew 21:12-13)

From there, Jesus returned to the village of Bethany where He had begun the day. The next day, He returned to the city and went back to the Temple and began to teach the people. “When he entered the temple, the chief priests and the elders of the people came up to him as he was teaching and said, ‘By what authority are you doing these things, and who gave you this authority?’”

You can’t just go into someone else’s house and start rearranging the furniture and kicking people out like that. “By what authority…” Or as we would probably have put it, ‘what gives you the right?’

It’s not the first time they have asked Him this question.

When some friends lowered their paralyzed friend down to Jesus and Jesus said to him, “Take heart, my son; your sins are forgiven.” When the Scribes questioned His authority to say such a thing, He replied, “That you may know that the Son of Man has AUTHORITY on earth to forgive sins,” He said to the paralytic, “Rise, pick up your bed and go home.” And he rose and went home. And when the crowds saw it, they were afraid, and they glorified God who had given such authority to men.” (Matthew 9:2-8)

Jesus does what He did so many times when challenged by the ‘authorities.’ He answered their question with a question.

It does strike me that this is more than simply a stalling technique to give Jesus a little time to collect Himself and think of a response. There is something of an assertion of His authority in the very fact that Jesus turns the tables on them and basically says, “I’m not the one who has to answer your questions. You are the one who must answer mine questions – if not now, then later.’

I’m reminded of an essay by C.S. Lewis’ titled, “God in the Dock” where Lewis describes a courtroom scene where the judge is on the bench and the accused in ‘in the dock,’ which we would call the ‘stand.’

Lewis writes, “The ancient man approached God as the accused person approaches his judge. But for the modern man the roles are reversed. He is the judge: God is in the dock. He is a kind judge; if God should have a reasonable defense for being the god who permits war, poverty and disease, he is ready to listen to it. The trial may even end in God’s acquittal. But the important thing is that Man is on the Bench and God is in the Dock.” (God in the Dock. Eerdmans Pub. Co. 1970. p.244)

Simply by putting the chief priests and elders on the witness stand and questioning them, Jesus is answering their question about His authority.

“I also will ask you one question, and if you tell me the answer, then I also will tell you by what authority I do these things. The baptism of John, from where did it come? From heaven or from man?”

And the chief priests and the elders get it. They know the question that Jesus is asking them to answer. But after analyzing the political ramifications of an honest answer, they slithered out of it saying, “we don’t know.”

John the Baptist had publicly announced that he wasn’t acting on his own authority. “I myself did not know him, but he who sent me to baptize with water said to me, ‘He on whom you see the Spirit descend and remain, this is he who baptizes with the Holy Spirit.’ And I have seen and have borne witness that this is the Son of God.” (John 1:33f)
So Jesus replies to them, “neither will I tell you by what authority I do these things.”

Matthew is catechizing us about “the kingdom of heaven is like.” Today it’s the question about the ‘authority’ of Jesus. “By what authority are you doing these things, and who gave you this authority.”

“Authority” is something that we sometimes have a problem with. We who were raised in the 60’s were taught to ‘question authority’ – and often time for good reason – because sometimes the ‘authorities’ usurp their ‘authority’ or abuse it and we rightly ask, “by what authority do you do these things and who gave it you?”

The same thing happens even in the church. Those who have been given ‘authority’ can also usurp or abuse their authority and we’re suspicious of them too. We dare not ‘blindly submit’ to authority because we know from experience that all ‘authorities’ are infected with the same disease that all humanity is infected with – sin.

And so maybe it’s not such a bad thing at all for us to ‘question authority,’ and confront those who we feel may be acting in ways that they have no real ‘authority’ to act – “by what authority do you do these things and who gave it to you?”

But, how does all of this apply to Jesus Christ? Is it okay for us to ask the same question of Him that the Chief Priests and the elders of the people asked him? Or are we supposed to follow him without question – blind obedience?

For example, is it okay for us to ask Jesus where He gets the authority to make the demands that He makes on me that He does, such as when He says,
• “Take up your cross and follow me.”
• “Do not lay up for yourselves treasures on earth, but lay up for yourselves treasures in heaven.”
• “Love your enemies and pray for those who persecute you.”
• “Unless you turn and become like little children, you will never enter the kingdom of heaven.”

Before we submit to these demands that He is making of us, is it okay to ask ““by what authority are you making these demands of me and who gave it to you?”

If you are asking because you want to believe Him and confidently follow Him – that is, if you ask with an open mind to listen – then Jesus seems to be more than willing to answer your question plainly and very directly.

If we are willing to hear His straightforward answer to our question about His authority to make His DEMANDS on us – then, And Only Then, will be also be able to trust that He also has the authority to make the PROMISES to us that He makes.

• “Take heart my son, your sins are forgiven.”
• “Come to me, all you who labor and are heavy laden, and I will give you rest.” (Matthew 11:28)
• “Everyone who has left houses or brothers or sisters or father or mother or children or lands, for my name’s sake, will receive a hundredfold and will inherit eternal life.” (Matthew 19:29)
• “Come you who are blessed by my Father, inherit the kingdom prepared for you from the foundation of the world.” (Matthew 25:34)
• “Take and eat, this is my body. Take and drink, this is my blood, given and shed for you for the forgiveness of sins.”

When Jesus went to the cross and suffered and died, He did so as one under ‘authority’ just like we are. Both the civil authorities and the church authorities carried out the most horrendous abuse of authority there has ever been.

And yet, Jesus submitted to it without rebellion or resistance – knowing full well that it was a travesty of justice. But He also knew where all ‘authority’ in both heaven and on earth comes from – His Father. And so He was perfectly willing to submit to all that the Father had given Him the AUTHORITY to do.

At one point, the governor of Judea, Pontius Pilate questioned Jesus – “do you not know that I have authority to release you and authority to crucify you?” Jesus answered, “You would have no authority over me at all unless it had been given you from above.” (John 19:10-11)

In His final word before ascending into heaven, He declares, “All AUTHORITY in heaven and on earth has been given to Me.” (Mat.28:18)

Let it be enough for us to know that Jesus Christ has both the AUTHORITY to make the demands of us that He makes AND the AUTHORITY to fulfill the promise that He makes to us as well. And let us pray for the courage and the confidence to live under His authority and acknowledge it before a world that refuses – for now – to do so.