Posted on January 1, 2018 by Lutheran Church of the Resurrection 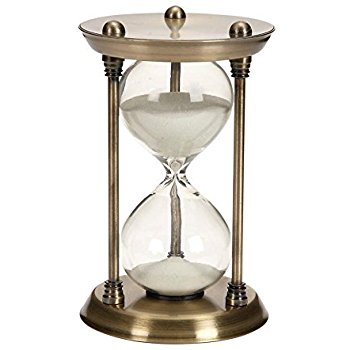 In our Epistle reading, we heard the Christmas story according to St. Paul. “When the fullness of time had come, God sent forth his Son, born of a woman, born under the law to redeem those who are under the law, so that we might receive adoption as sons.” (Gal.4:4,5).

On Christmas Eve, we heard St. Matthew’s countdown from Abraham to “Jesus who is called Christ” – each generation filling the glass a little bit more until it finally reached “fullness.”

And we heard St. Luke remind us that it was “in those days in which a decree went out from Caesar Augustus that all the world should be registered” that the time reached its fullness. (Luke 2:1)

It is remarkable when you think about it really. All four agree that the entire history of the world, from the great ‘world changing’ events to the most mundane thing that no one ever noticed, the almighty God was moving ‘all things’ along the course that He determined in the beginning, even from eternity to send His Son into the world “to redeem those who are under the law so that we might receive adoption as sons.”

But here we see that God is the ultimate ‘time manager.’ He’s not controlled by time – He controls time. He IS involved in all of the little details of life – even the ones that may seem to us to be so trivial or insignificant that you might say, ‘what’s it matter?’ He is involved and directing all of those global, epic events that seem like they change the course of history but that actually all work to the end and purpose that He has set.

Thomas Jefferson and the ‘deists’ speak about God as the Creator who creates the world and winds the clock and then takes a long nap until the set time runs out and things come to their appointed end.

But the Scriptures speak about God as the One who creates the world and actively manages the course of history, second by second, purposefully, deliberately “working all things for good for those who love Him, for those who are called according to this purpose.” (Rom. 8:28)

This ordering of time and history by God is focused on the coming of His Son, Jesus Christ into the world. What Paul identifies as the “fullness of time” when “God sent forth His Son, born of a woman…,” is amplified when God’s Son, born of a woman, proclaims for all to hear, “THE TIME IF FULFILLED, the kingdom of heaven is at hand, repent and believe the gospel.” (Mark 1:15).

And then this “fullness of time” is narrowed down to a specific hour as the Son announces, “THE HOUR HAS COME for the Son of man to be glorified…” (John 12:22)

In the Garden of Gethsemane, Mark tells us that Jesus “fell on the ground and prayed that, if possible, THE HOUR might pass from him.” To which His Father answers ‘no.’ This is the ‘hour’ to which the whole course of human history has been moving from the beginning.

This ‘HOUR’ in the “fullness of time” actually lasted SIX HOURS. The sinless Son of God suffered and died on the cross to redeem you and me and His whole creation, “that we might receive adoption as sons.”

In a paradoxical wonder, as Mary and Joseph bring their 40 day old baby boy to the Temple to redeem Him with their “pair of turtledoves or two young pigeons,” they are bringing the One who will redeem them with His own holy body and innocent blood.

As the FINAL HOUR ticks down to its FINAL MINUTES and the divine will and purpose of God is about to be accomplished, “once, for all,” this child of Mary, this Son of God, cries out from the cross, “Father, THE HOUR HAS COME, glorify your Son, that your Son may glorify You…” (John 17:1).

All of this is packed into those words we heard in our epistle reading, “When the fullness of time had come, God sent forth his Son, born of a woman, born under the law to redeem those who are under the law, so that we might receive adoption as sons.” (Gal.4:4,5).

I want to spend the next few minutes with you thinking about how, we who are the sons and daughters of God through the adoption that was accomplished by our Brother, Jesus Christ, and that was formally ratified in our baptism, how then shall we live? How shall we live as we come to the end of another YEAR OF TIME and as we are about to begin a new YEAR OF TIME in the year of our Lord, 2018?

It seems to me that the sons and daughters of God are free to live with a sense of confidence that this world does not have and that it cannot give – irrespective of all of the promises it makes. We know that the “the fullness of time” has come. God has ordered all things according to His purpose AND HE CONTINUES TO DO SO.

No one knows the future. We don’t know what’s going to happen tomorrow or the day after that let alone what is going to happen an hour from now. But it is enough for us to know that God knows. And that He is directing every hour and minute and second according to His purpose which He has accomplished in His Son.

And we are not saying that what we do in the time we have doesn’t matter or is unimportant since God is going to do what He wants anyway. There is a mystery here that we don’t have to solve in that God actually works through all of the works of men and women and the leaders and the nations and the economy and wonderful inventions in every age to accomplish His purpose and reach His goal.

This frees the faithful child of God to live in the time we are given and let God do all the worrying about how things are going to turn out.

And in every one of these ‘times,’ some pleasant, some unpleasant, some downright heartbreaking and torturous, we live in the confidence that ‘the fullness of time has come,’ and we have been redeemed and we belong to God. In every season and every time we let the word of His Son ring loudly in our ears, “In the world you will have tribulation. But take heart; I have overcome the world.” (John 16:33)

These words give fuller meaning to what Jesus told His believers when He said, “Therefore do not be anxious about tomorrow, for tomorrow will be anxious for itself. Sufficient for the day is its own trouble.” (Matthew 6:34). This is nothing but more ‘positive thinking’ UNLESS it is true and UNLESS you believe, that He has indeed, “overcome the world.”

We know the outcome of our faith, because God has accomplished our fate in the “fullness of time.” WHAT WE DON’T KNOW is how all the minutes and hours and days and years fit together to bring us to that end. Only God knows that. Only God has THE PANORAMIC VIEW. Only He sees the beginning, middle and end all at once in all its fine detail – just as He saw it all IN THE BEGINNING before He created it.

This principle applies, not only to THE WORLD, but to each and every person in the world. How much time do you have to live? Only God knows – BUT GOD SURELY KNOWS. Job writes, “Man’s days are determined; you have decreed the number of months and have set limits he cannot exceed.” (Job 14:5). David declares, “All the days ordained for me were written in your book before one of them came to be.” (Psalm 139:16).

What this means for the child of God who strives to live by faith in the ‘fullness of time’ is that we are to LIVE IN THE PRESENT and LET GOD TAKE CARE OF TOMORROW AND THE FUTURE. The future is His worry, not ours. The most important time for the believer is ‘today.’ “Carpe diem.” “Sieze the day.” “Today” He says, “if you hear His voice, do not harden your hearts…” (Ps.95:7)

We do know, because He has told us, that there will come a day that He calls, THE LAST DAY. And THE LAST DAY will mark the END OF TIME. And the “Word that was in the beginning,” and that was “conceived by the Holy Spirit and born of the virgin Mary,” will come again in glory to judge the living and the dead.

And even now the glass is filling. We don’t know how full it is. It could be right at the brim about to reach “fullness” and spill over into the END OF TIME. Or it might only be half full or even less.

It is a blessing worthy of praise that God has not revealed the future to us and that we know “neither the day nor the hour.” (Matthew 25:13) Because if we did, we’d only dwell on it so much that we would never live in the present.

But we do live in the present – because we trust that our Lord, “Jesus Christ is the same yesterday and today and forever.” And He has my past, my present and my future in His gracious care.

I’ll close with an experience that I have shared with you before from my visit to the Holy Lands in 1998. One of the stops on the tour was the “Church of the 7 Apostles” which sat right on the shore of the Sea of Galilee. An Eastern Orthodox Church, it was dedicated to the 7 Apostles who were recruited by Jesus from the region of Galilee. As we were free to wander around the beautiful church with all its remarkable paintings, I noticed that on the wall to the left of the altar a series of racks that were filled with wrist watches. There had to be hundreds and hundreds of them. I found one of the monks who served there and asked the meaning of the watches. He told me that along with the recruitment of seven apostles, Jesus healed many people of their diseases while in Galilee. Many people with terminal illnesses come to this church and after a time of prayer, they take off their watch and hang it on the rack. They give their time to the Lord, saying with David, “MY TIMES ARE IN YOUR HANDS.”

We do not know what lies ahead for us in 2018. We do however know that the Lord does. Of this we can be sure, 2018 is going to go exactly according to the holy will and gracious purpose of the God who loves us and made us His own. And for us, that’s enough. “MY TIMES ARE IN YOUR HANDS.”