Posted on July 2, 2018 by Lutheran Church of the Resurrection 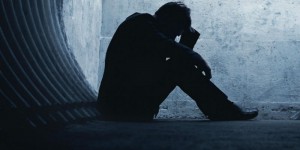 He was at his wits end. He and his wife had done everything they knew to do for their daughter. She was only twelve years old, and as soon as it became obvious that there was something wrong, they took her to see every doctor and tried every remedy and exhausted every avenue no matter how remote it seemed. Or was it that she was born with certain complications that, for twelve years now had progressed to this point. Whichever it was, nothing helped. Nothing worked. And the doctors had spoken those dreaded words – those words that admit they’ve come to the end of the line, those words finally admit defeat – “There’s nothing more we can do.”

They were utterly helpless. Can you imagine it?

At first the bleeding was the monthly bleeding that’s normal. But she quickly realized that this was not normal because it never stopped. It was as though her life-blood was draining out of her. For twelve years, as old as the couple’s daughter, she had been under the treatment of every available physician. But rather than saying, “there’s nothing more we can do,” the kept treating her until “she spent all that she had.” And not only was she no better, it was getting worse.

She was utterly helpless. Can you imagine it?

Jesus had been on the other side of the Sea of Galilee – that is, the Gentile side. There was a man there, who was some mother and father’s son. The man was so possessed by demons that there was nothing that anyone could do for him. Either for safety’s sake or because no one could bear to watch this man whom they had known, whom they loved, become someone else and try to destroy himself, they sent him to the cemetery to live in the tombs until he died.

He was utterly helpless. Can you imagine it?

But Jesus sailed to the other side of the sea to help this man. “Come out of the man, you unclean spirit,” He commanded. And just like that, the demons possessed a herd of pigs and jumped into the sea, the entrance to the abyss, and were all drown. And the UTTERLY HELPLESS man was back again – sound in body, sound in mind. And Jesus sent him back to his friends and family to tell them, “how much the Lord has done for you, and how he has had mercy on you.” (Mk. 5:19).

Jesus is the helper of the helplessly demon possessed.

“And Jesus had crossed again in the boat to the other side, (that is, to Galilee, the Jewish side). This is where Jesus had healed so many helplessly sick people and cleansed so many helplessly diseased bodies, that Mark writes, “the whole city” turned out and “he healed many who were sick with various diseases, and cast out many demons.” (Mk. 1:34) No sooner does Jesus step onto the shore, than “a great crowd gathered about him.” They must have been watching for his boat to appear on the horizon. And as soon as it was spotted, the word went out and everyone came running.

There is that compelling summary statement of Jesus’ ministry in St. Matthew’s gospel which goes like this, “When he saw the crowds, he had compassion for them, because they were harassed and HELPLESS, like sheep without a shepherd.” (Mt. 9:36) Man’s “HELPLESSNESS” compels our Lord to ‘COMPASSION.’

Out of the midst of this ‘great crowd’ crowding in on Jesus, the spotlight is focused on one man. He’s the father of the little girl. His name is “Jairus” and he is one of the rulers of the Synagogue. As one of the rulers of the Synagogue, he was used to being IN CONTROL. But when it comes to saving his daughter, he is, as we said, utterly HELPLESS. And HELPLESSNESS can drive a person to abandon all pride and dignity – EVEN TO THE POINT OF BEGGING.

“Seeing Jesus, he fell at his feet,” and made his desperate plea. “My little daughter is at the point of death. Come and lay your hands on her, so that she may be made well and live.”

He must have either seen or heard about how Jesus had healed so many simply by the touch of his hand. And that’s what he wants Jesus to do for his little daughter. AND QUICKLY! There’s no time to spare. SHE IS “AT THE POINT OF DEATH.”

“And he went with him.” Jairus’ helplessness compels our Lord to compassion. And can we imagine how quickly Jairus wants to guide Jesus through these crowds pressing in on Him to get him to his home where his little daughter is “AT THE POINT OF DEATH”? If he had flashing lights and a siren, Jairus would surely have had them on.

But as Jairus pushes through the throng saying, ‘make room, make room,’ suddenly Jesus stops, and starts looking around at the crowd saying, “who touched me?”

And in, what may be one the most engaging scenes in Mark’s gospel, Jesus disciples are incredulous. He is so deeply immersed in our humanity that they fail to recognize his divinity and treat him as though he were ‘one of us.’ “You see the crowds pressing around you, and yet you say, ‘Who touched me?’”

It was the woman with the unstoppable flow of blood. She too was aware of all of the people this man had healed simply by the touch of His incredible hand. But she was ‘Bloody.’ Which made her ‘UNCLEAN.’ And no clergy would ever ‘touch’ her because that would make him unclean too.

But she was ‘helpless.’ And in her ‘helpless’ she was desperate. And in her desperation, she thought, ‘if he can’t touch me, then I’ll touch him.” And “if I touch even his garments, I will be made well.” And she snaked and pushed and ‘excuse me’d’ through the crowd… and carefully, from behind, ‘and with this crowd pressing in on him he’ll never even know,’ ‘she touched his garment.’

“And immediately the flow of blood dried up, and she felt in her body that she was healed of her disease.” (That word that our bible translates as ‘disease’ is the Greek word, “tais mateegos” which literally means, “the lashing” or “the flogging.”)

And simultaneous to her feeling in her body the end of the flogging that she had felt for the last 12 years, Jesus “perceived in himself that power had gone out from him.”

We need to stop for just a moment right here. “He perceived in himself that power had gone out from him.” We need to ask, is this what it was like for Jesus with every one of those who came to him with their sicknesses and diseases and demons and He touched them and healed them? Could he feel power go out from him with each one?

And is this still, even to this day – even to the last day – how it is for Jesus as He heals all our diseases of both body and soul? “He perceived in himself that power had gone out from him.” Is this what it means that “he had compassion on them”?

This surely gives new appreciation as to why Jesus Christ must be FULLY GOD. For who has enough power to “go out from him” to heal the whole world and the whole creation – but God alone – who is ‘almighty’ – ‘all-powerful’?

But this surely ALSO gives new appreciation of St. Paul words to the Philippians, where he writes, “though he was in the form of God … HE EMPTIED HIMSELF,” one illness, one disease, one demon, one death at a time. (Phil. 2:7)

Seeing his HELPLESS sheep in all time and every place, He had COMPASSION, and HE EMPTIED HIMSELF. He took this woman’s lashing and bleeding onto Himself and emptied Himself for her. He took the little girl’s death onto Himself and emptied Himself for her– even unto death, even death on a cross. There, hanging from the cross, HE IS UTTERLY HELPLESS. And IN HIS UTTER HELPLESSNESS, He shows us the way to God. “Father, into your hands I commit my spirit.”

Once she realizes that she isn’t going to get away AS ANONYMOUSLY as she had hoped, and KNOWING WHAT HAD HAPPENED TO HER, she is now MORE AFRAID than she had been. “In fear and trembling, she came and fell down before him and told him the whole truth.”

What is she afraid of – that He’ll be mad at her, and maybe take the healing back, or maybe, give her even worse.

“Daughter, your faith has made you well; go in peace, and be healed of your disease.”

And while all of this is going on, THE CLOCK IS TICKING for Jairus’ little daughter. And what must poor Jairus be thinking through all this? But just as He will do again, when He is told that His dear friend Lazarus was ill, He delays going to this little girl who is “at the point of death.” And as with lazarus, he delays too long. His timing is off. HE LETS THE HELPLESS BECOME EVEN MORE HELPLESS.

“While he was still speaking” to the woman, “there came from the ruler’s house some who said, ‘Your daughter is dead. Why trouble the Teacher any further?’” Jesus may be able to help the living, but REALLY, what can he do for the dead? Once you’re dead you’re dead.

Let’s stop again, and ask, ‘what would you do if you were Jairus’? Would you scold Jesus for delaying and getting distracted by ‘lesser’ cases than his little daughter? It wasn’t like the bleeding woman was “at the point of death.”

Would you blame Jesus, because ‘IF HE WAS REALLY GOD HE SHOULD NEVER HAVE LET THIS HAPPEN?’

Or would you have just figured that ‘this illness does not lead to death. It is for the glory of God, so that the Son of God may be glorified through it”? (Jn.11:4)

But before Jairus can say anything, Jesus speaks to him. “DO NOT FEAR, ONLY BELIEVE.” After a bit of ridicule and mocking from the professional mourners, Jesus throws them all out of the house and takes the mother and father into the room where their little daughter was lying.

Her father had asked Jesus TO LAY HIS HAND ON HER. But He “takes her hand” and speaks to her as though He can speak all the way into death itself. He speaks His Word into her dead ears. “Talitha cumi.” “Little girl, arise.” And by the power that His Word has to create everything from nothing, “IMMEDIATELY THE GIRL GOT UP AND BEGAN WALKING.”

And her mother and father were “overcome with amazement” – which doesn’t mean they were JUMPING FOR JOY. It means they were overcome with FEAR AND TREMBLING.

Eventually they will learn, and join their hearts and voices with the Psalmist’s and sing, “You have turned for me my mourning into dancing; you have loosed my sackcloth and clothed me with gladness, that my glory may sing your praise and not be silent. O Lord my God, I will give thanks to you forever.” (Ps.30:11)

But for now, until He empties Himself for them – and for their little daughter – for you – for me, they are not to tell anyone. For now, JESUS CHIEF CONCERN Seems to be that this little girl hasn’t eaten in a while and needs some dinner.

IT IS IN OUR UTTER HELPLESSNESS that our Lord is moved with compassion. With the Psalmist we cry, “O Lord, BE MY HELPER!” (Ps.30:10) And He stretches out His hand and touches us with His body and blood and says, “do not fear, only believe.”