Posted on October 8, 2018 by Lutheran Church of the Resurrection 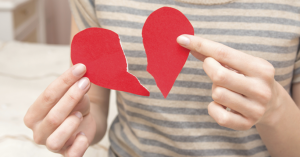 Regardless of whether you believe that the bible is the very word of God or not, you’ve got to appreciate it for its honesty. The bible doesn’t fly so high above the ‘real world’ and our ‘real lives’ that it can’t see the problems and troubles and the mess that constitutes a large portion of our world and our life in this world. When you read the bible, you get the feeling that God has actually entered into our world and our life and sees it all.

And so the author knows what’s going on in this wide world and in your world too. And through His Word He calls out to you, wherever you are. Not only to say, “I understand, I sympathize,” but also to say, “I love you. And I have come to make “all things new, things in heaven and things on earth” and even the “things” in your world.

The Pharisees never read the bible like that. For them, the Scriptures were a guidebook for how to improve your life so that God will love you. Like a lot of modern day Pharisees, they believed that if you follow the steps as outlined and do what it tells you to do, your life will go just fine and you’ll get to heaven.

To the Pharisees, that made it too easy, too cheap. That’s a religion that could very easily include EVERYONE, because there is no distinction when it comes to life and salvation that’s based solely on mercy and grace to sinners. A religion like that means that all of their hard work and pious living doesn’t advance their standing with God one bit.

That’s why the Pharisees hit Jesus with another question about the law. “Is it lawful for a man to divorce his wife?” Mark tells us that they weren’t really interested in issue itself. They asked, “in order to test Him.”

John lost his head for preaching like that – which I suppose is one way to tell if anyone is really listening.

Now Jesus is in Perea, Herod’s territory. And the Pharisees raise the question “Is it lawful for a man to divorce his wife?” How clever. How cunning. They no doubt asked the question loud enough for any of Herod’s informants who might be nearby to hear.

How willing they are to use the government and politics to accomplish their religious goals. They wanted Jesus to incriminate Himself with Herod – and maybe, just maybe, Jesus would lose His head just like John did, and all their troubles with Jesus would be over.

How much different their question would have been if they had asked Jesus if was good, right and salutary for a man to divorce his wife? But they’re not interested in what was ‘good,’ only in what was ‘expedient’ to their own purposes.

But Jesus knows their motives and He answers their question with a question. “Why are you asking me? Moses is the one who brought the Law. What did Moses command you?”

It’s just a guess, but I wonder if Jesus may have been asking the Pharisees to recite the 6th Commandment and Luther’s explanation. “You shall not commit adultery.” What does this mean? “We should fear and love God so that we lead a sexually pure and decent life and husband and wife love and honor each other.” (Probably a bad guess for a couple of reasons).

Instead of reciting Luther, they recite Moses. “Moses allowed a man to write a certificate of divorce and to send her away.”

To which Jesus replies, ‘right. That’s what you get when the only thing you’re interested in is what is legal rather than what is ‘right.’ “It was because of your hardness of heart he wrote you this commandment.”

The ‘backstory’ to the exception goes like this. There was a time when it was ‘legal’ for a man to abandon his wife for no reason or any reason, which left the woman destitute and unable to ‘remarry’ because ‘legally,’ she’s still married. So, “Moses allowed a man to write a certificate of divorce and to send her away.” Now at least she was able to show the certificate of divorce and remarry and have a husband who’ll take care of her.

“Moses ALLOWED…” they said. Allowances are just that – allowances. Allowances are ‘damage control.’ But not the way it’s supposed to be. When you tell your teenager to be home by 10:00pm., and they come home at 10:20pm., they say, ‘come on, can’t you make an allowance?’ And even if you do it doesn’t mean that you approve of coming home 20 minutes late. “Moses ALLOWED,” doesn’t meant that God approves or likes it one bit.

They asked Jesus what is lawful and Jesus answered by telling them what is good and right and good for us. “From the beginning of creation, ‘God made them male and female.’ Therefore a man shall leave his father and mother and hold fast to his wife, and they shall become one flesh.”

God calls the union of a man and a woman in marriage ‘good,’ in fact, “very good.” “Tov Meoth.” It all works together perfectly, just the way it’s supposed to. And not just your marriage or your family. It is very good for the whole community and society and the nation and the world, when marriage is as God instituted marriage to be.

What a difference between Jesus’ law and Moses’ exception. Damage control versus ‘very good.’ But this is what Jesus Christ came into the world to do. He came to make all things new, very good. Not just to keep us from destroying ourselves and others, but to give us real life, abundant life, life the way God created life to be.

And no, we’re not flying so high that we don’t recognize that sin happens and divorce is one of many tragedies of a fallen and sinful world. And we all suffer from it, the divorced, the married, the single, the children, the parents, the friends, the community, society, even the world. And God is not unaware of all of this. Nor is He unmoved by any of this.

In fact, it is because of this that He sent His Son, Jesus Christ into this world where a half of all marriages end in divorce. Jesus came down from His life ‘high above the heavens’ “and made himself lower than the angels.” He entered into our world filled with the pain and suffering that always happens whenever we separate what God has joined together.

He is the expert in dealing with what is broken – broken marriages, broken homes, broken dreams. He enters our broken world and He’s broken by it so that we who have been broken may enter into Him and be made whole again.

By His death and resurrection from the dead, Jesus Christ has reconciled you to God. Reconciliation is what happens between two people who had a prior relationship that was broken. Reconciliation means the ‘brokenness’ has been overcome and that the relationship been restored.

Paul writes, “And you, who once were alienated and hostile in mind, (think not only of our relationship with God, but also with others) he has now reconciled in his body of flesh by his death…” (Col.1:22).

If Jesus is able to reconcile us to the Father in heaven, how much more can He reconcile us to one another, even our ex? The power of Jesus’ forgiveness and life is able to overcome any ‘irreconcilable differences’ that we may have.

And once again we must acknowledge that we do not live in an ideal world – at least not yet. We know that what is possible with God is not always possible with man because of our hardness of heart.

Sometimes, one spouse seeks reconciliation with the other, trusting in the power of Jesus’ forgiveness and life, but the other refuses to hear of it. Sometimes it’s our own hardness of heart that refuses to be reconciled. Sometimes the best that can be done is damage control.

But always, repentance for the forgiveness of our sins and trust in the One who loves us and makes all things new is in order. And always we strive for what is truly good and right and salutary, not for what is merely lawful and legal.

And even when reconciliation does not happen with others with whom a prior relationship has been broken, yet we always live with the confident assurance in the unbreakable promise that God made to us in our baptism, where He joined us together with Jesus Christ, our faithful husband, in whom there is forgiveness and newness of life. And what God has joined together, He will not rend asunder.