Posted on April 8, 2019 by Lutheran Church of the Resurrection 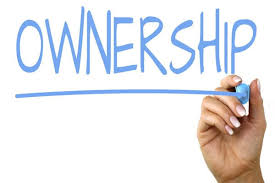 On Palm Sunday, Jesus entered Jerusalem on a donkey and went straight to the
Temple to clean house. “MY HOUSE” is what He calls it. “MY HOUSE shall be a house of prayer but you have made it a den of robbers.” (Luke 19:45-46).

As we might expect, this didn’t sit well with those who thought that the Temple was THEIR HOUSE. “What gives you the right?” Which doesn’t quite get how intensely furious they were with Jesus. Luke puts it like this, “The chief priests and the scribes and the principal men of the people were seeking to destroy him…”

What infuriated them about Jesus was that He barged into THEIR HOUSE and started rearranging the furniture AS IF it were HIS HOUSE.

Can you imagine someone walking right into YOUR HOUSE and rearranging the furniture and throwing some of your favorite things into the dumpster and accusing you of mismanaging HIS HOUSE? Whether you’re for gun control or not, you’re ready to exercise your 2nd Amendment rights.

“One day, as Jesus was teaching in the temple and preaching the gospel, the chief priests and the scribes with the leaders came up and said to him, ‘Tell us by what authority you do these things, or who it is who gave you this authority.”

It’s a question of ownership and the authority that comes with ownership. It’s a question that gets very personal to each and every one of us as soon as we begin to talk in terms of ‘who owns you.’ And how you answer that question will determine who has the ‘authority’ to say how you should live.

If we say, “I belong to Jesus,” you’re saying that He has the authority to make demands on how I am to live my life. When He says, ‘this must go,’ and ‘this must be added’ and ‘there are several things that must be rearranged,’ we welcome Him and His Word and surrender to His authority and give Him the green light to ‘clean house.’

But if we say, “I belong to no one. I am the captain of my ship and I have the final authority to live my life as I choose,” and Jesus Christ comes with His expectations and demands, we will be as outraged and furious with Him as the chief priests and scribes and principle men of the people were.

And in fact, it is this second scenario that describes each and every one of us so much more completely than the first. “Who does He think He is?” “What gives Him the right?” are the objections that we raise far more often than a humble submission to His perfect right to enter into my life and reform it entirely.

So, as we hear this parable about the wicked tenants, which is all about the question of ‘ownership’ and the ‘authority’ that comes along with ‘ownership,’ we hear it in the HISTORICAL CONTEXT in which it is set.

The religious leaders are going to do what the religious leadership of Israel had done all through its history to the servants of the Lord. But who now will go further than any of their predecessors had gone. They will even murder the Son so that the question of ‘ownership’ and ‘authority’ might be settled once and for all.

With this parable, Jesus is telling history before it happens as only the One who knows the future as though it were the past can tell it in the present.

But we must also hear this in a very personal way – as directed to each and every one of us in the present, who do the same as they did and continue to do so even to this day. For the truth is, we belong to God, whether we acknowledge it or not.

“A man planted a vineyard and let it out to tenants and went into another country for a long while. When the time came, he sent a servant to the tenants, so that they would give him some of the fruit of the vineyard.”

The question is, ‘does the MAN whose vineyard this is have the right to expect that HIS ‘TENANTS’ should give his servant some of the fruit? You would think so wouldn’t you? Seems reasonable doesn’t it?

“But the tenants beat him and sent him away empty-handed.” They must have thought that the owner’s demands were ‘preposterous’. Which everyone who is listening to this story knows is ‘preposterous.’ Of course he has a right to demand fruit from the vineyard that belongs to him. Who do those ‘tenants’ think that they are – owners?

But this ‘man’ is exceedingly patient and gracious with his ‘tenants.’ “And he sent another servant.” “But they also beat and treated him shamefully, and sent him away empty-handed.”

So now we are getting clearer picture of these ‘tenants.’ It’s clear that this is not simply a misunderstanding or a lapse in judgment for which they are deeply sorry and ready to make amends.

But this ‘man’ is patient and gracious with his ‘tenants’ in a way that borders on ‘absurd’ and we’re beginning to wonder just what kind of ‘man’ is this who endures this kind of rejection and yet continues to entreat his ‘tenants’ to give him what belongs to him. “And he sent yet a third.”

As UNKNOWN as this ‘man’ is to us, these ‘tenants’ are sounding very familiar and which of us is surprised to hear that, “This one they wounded and cast out”?

It shouldn’t be too hard for us to understand the reasoning and rationale that these ‘wicked tenants’ were using to justify their behavior. They were the ones who did all the work of operating this vineyard. They were the ones who by the sweat of their brow worked this ‘cursed ground’ with all its ‘thorns and thistles.’ And while they did all the work, the ‘master’ was in “another country” no doubt sitting by the pool sipping cocktails and living in luxury.

It shouldn’t be too hard for us to understand that these ‘tenants’ had totally forgotten how grateful they were that this ‘man’ had hired them and given them meaningful work to do and had given them a house to live in and all the food they could eat and a place to raise their families and live a good life.

All of this they had forgotten. And in its place they wrote a different story about this oppressive ‘man’ who abused his tenants, making unfair and impossible demands on them as though he owned them.

And therefore they were completely justified in not only rejecting his demands but also every one of those servants that had the audacity to come to them in this ‘man’s’ name. To abuse his servants was to abuse him. And that, they were convinced, was the right thing, even the noble thing to do.

“Then the owner of the vineyard said, ‘What shall I do? I will send my beloved son; perhaps they will respect him.’”

As Jesus tells this story, He stretches the patience and persistence of the ‘man’ to the point of absurdity. Like the Father in the parable we heard last Sunday, we’re ready to declare this ‘man’ to be a ‘fool’ for being TOO patient and TOO persistent.

Doesn’t He understand that there are limits to grace, and that He has already transcended those limits? And doesn’t He know that the more merciful and gracious He is with these ‘tenants’ of His, the more he compounds their guilt?

“When the tenants saw him, the said to themselves, ‘this is the heir. Let us kill him, so that the inheritance may be ours.’ And they threw him out of the vineyard and killed him.”

Who can even begin to fathom the thoughts and emotions churning inside Jesus as He tells this parable, knowing that within just two or three days, He, the Son of the Man who was sent to His people to collect what rightfully belongs to Him, would be thrown out and killed.

Jesus finishes the story with a question. “What then will the owner of the vineyard do to them? He will surely come and destroy those tenants and give the vineyard to others.”

And don’t we just expect those hearing this story to respond something to the effect of, ‘It’s about time. Finally, the man is acting rationally and realistically. He should have put his foot down a lot sooner.’

But that’s not the way they react at all is it? They’ve gotten as caught up in this story as we have and found themselves in those ‘wicked tenants’ just as much as we have. So when they hear the verdict pronounced they scream, “SURELY NOT!”

And God has heard our prayer and answered by giving us what we do not deserve. He has given us His beloved Son, who has paid all that we owe on our behalf and in our stead.

This is the ‘NEW THING’ that we heard His servant Isaiah declare to us in the Old Testament reading. “Behold I am doing a new thing” that will cause you to “remember not the former things, nor consider the things of old” such as your rebellious and wicked ways. Your past has been swallowed up in the body and blood of the Son who was killed.

It’s a question of ‘ownership’ and you belong to God. And He will have what belongs to Him even if He must pay the price Himself. “I will be your God and you will be my people.”

So dear ‘tenants’ of ‘your God,’ “remember not” the old story you used to tell that justified your greed and selfishness and rebellion. Declare the ‘new story’ about LOVE UNKNOWN. “My Savior’s love to me, love to the loveless shown that they might lovely be.”

Put away your ‘surely not’ and let “stone that the builders rejected” break you and crush you, that the same stone may raise you up again to be a ‘faithful tenant’ who makes the confession of St. Paul his own. “For whatever gain I had, I count as loss for the sake of Christ. Indeed, I count everything as loss compared to the surpassing worth of knowing Christ Jesus my Lord.” (Phil. 3:7-8).

Put away your “surely not” and welcome Him who comes from the Father to collect what belongs to Him, saying, “Blessed is He who comes in the name of the Lord.”