Posted on December 11, 2017 by Lutheran Church of the Resurrection 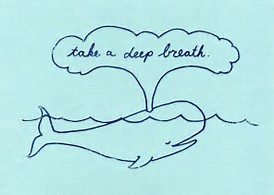 “Comfort, comfort my people, says your God. Speak tenderly to Jerusalem, and cry to her that her warfare is ended, that her iniquity is pardoned, that she has received from the Lord’s hand double for all her sins.”

These words mark a significant turning point in the book of Isaiah. Up to this point, the word of the Lord that came to Isaiah was mostly a harsh word of Law and the promise of punishment because “my people” refused to call Him, “their God” and continued to live as though His Word didn’t matter.

Isaiah’ message has been that God is going to use a foreign nation named Babylon to carry out His punishment against “my people” – OUT OF HIS ANGER, yes. (You don’t really think that your rejection doesn’t really bother Him do you or that He doesn’t really care, do you?)

But even more, OUT OF HIS LOVE AND MERCY, because He wants “my people” to REPENT! He wants them to see where their rejection of “their God” is taking them and TURN BACK before the judgment comes. (Because you don’t really that there will be NO judgement for your putting yourself first and other’s second and God last, do you?)

Babylon will be His instrument of DISCIPLINE and Babylon will make the life of ‘my people’ a living hell. All that they put their confidence and trust in apart from “their God” Himself, will be destroyed – the city of Jerusalem, the magnificent Temple, their pride in being the people whom the nations fear because “God is on our side.”

He’s about to take all of that away. They put the gifts that God gave to them above the Giver of the gifts – as if they DESERVED IT because they EARNED IT.

So they would be disciplined, with a hard discipline – FOR THE SOLE PURPOSE that “my people” might repent and turn from their sin and the man and the woman and the boy and the girl might say ‘forgive me.’ And the pastor on behalf of his people might say, ‘forgive us,’ –
• that He might show them just how MERCIFUL and GRACIOUS He is –
• that they might respond to His mercy and grace with those words that He longs to hear from His dear children – “you are our God.”

And although the times have changed, people have not – not even THE PEOPLE OF GOD. Some hear the Word of the Lord and take it to heart and in their humiliation and shame they confess what is most true – “I am the man,” “I am the woman” and “I have lived as if God didn’t matter and as if I mattered most. My Lord’s name I have not honored as I should; my worship and prayers have faltered. I have not let His love have its way with me, and so my love for others has failed…. I am sorry for all of this and ask for grace. I want to do better.” (LSB #292 – Individual Confession and Absolution).

And others say, “I don’t like that kind of preaching. It’s depressing. What I want to hear is that “I’m okay and you’re okay” and that God doesn’t really care WHAT I DO or HOW I LIVE MY LIFE because all He really wants is for me to be happy.”

I’m sure that many in Israel listened to the prophet and repented and diligently strove to live as though nothing else mattered than to LOVE THE LORD THEIR GOD WITH ALL THEIR HEART AND SOUL AND STRENGTH AND THEIR NEIGHBOR AS THEMSELVES. Just as there are many today who love their Lord and His church and this congregation and gladly offer their time and talents and their hard earned money to ensure that it continues to carry out the work we are called by God to do – TOGETHER.

And I’m just as sure that many people in Israel ignored the prophet and his word made not the least difference in their life because they refused to believe that it would ever actually come to anything so drastic as all that. Just as there are many today who seem perfectly content to let others do the work and give their time and hard earned money to do the work we have been called to do – TOGETHER.

And for the sake of the stubborn and hardhearted and lip-servers, THE FAITHFUL ALSO SUFFER. The destruction came upon them too and they suffered and were deported – because they were all in it TOGETHER.

It is to these, the ‘repentant,’ who live by faith in the midst of a world that is collapsing in on top of them and in which they experience great trials and pain and suffering complete with all of the worries and fears that cling like barnacles to a weak and fragile faith, that the word of the Prophet comes like the sweetest music any ear has ever heard. “Comfort, comfort, my people, says your God.”

TO BE SURE, this word of “COMFORT, COMFORT” is NOT FOR THE UNREPENTANT. For to declare the Gospel to the unrepentant is the cruelest most unloving thing you can ever do. It only makes us all the more comfortable in our sin and hardens our heart and our head all the more.

But to the ‘repentant,’ who fight the good fight of faith in this world where it’s a daily battle that sometimes even breaks out in a war, which Peter describes as, “the passions of the flesh, which wage war against your soul,” (1 Peter 2:11) a battle that often feels fairly hopeless – TO THEM, THE REPENTANT, TO US, the Gospel is truly ‘GOOD NEWS’ that long to hear, that lifts our spirits and renews our strength and gives us the courage to stand firm and to actually even experience in our hearts that which His Word gives – “Comfort, comfort, my people, says your God.”

See, He calls you “my people.” You belong to Him. This is covenant language here. “Let MY people go.” “I brought MY PEOPLE out of Egypt.” “You shall shepherd MY PEOPLE.” “He was cut off out of the land of the living for the transgressions of MY PEOPLE.”

Nothing can separate “my people” from “your God”. “Not tribulation or distress, or persecution, or famine, or nakedness, or danger or sword.” (Rom. 8:35) You have His WORD on that – and nothing is more sure than His Word. It’s all about, “says your God.”

That’s what REAL COMFORT is based on. “Says your God.” Any other WORD OF COMFORT is just wishful thinking.

Deb and I watched a good movie the other night called “Gone Baby Gone,” about a child who was abducted from a home which reminded me of the Ayla Reynolds tragedy that happened right up the street from here. It’s a good movie if you can get by some very bad language. The mother of the child hires a private detective to find her daughter. He’s a young guy who has no experience in this kind of work. But he takes the case and it quickly becomes obvious that there are layers of complexity and mystery involved.

At one point along in the story, the mother says to him, ‘do you PROMISE to find my daughter?’ And he replies, ‘yes, I promise.’ And it struck me that if ever there was an example of an ‘empty promise,’ that was it. He had no idea if he could fulfill what he promised. And the mother’s COMFORT in his word of promise was nothing but wishful thinking.

What a contrast to the way we hear PROMISES when they come from God. When you hear “your God” say, “Comfort, comfort, my people, SAYS YOUR GOD,” it is so sure and certain that already now, even in the midst of the battle and the warfare and the unfairness of it all, you can ‘BREATHE DEEPLY’ because you know how it’s going to turn out, and in fact, it’s already done. Because God’s Word always does what it says.

But to the one who repents, who gets goosebumps every time they hear their God call them, “my people” despite all of their failing and weakness and weariness, to us, He tells His prophet to “speak tenderly.” “Speak tenderly to Jerusalem, and cry to her that her warfare is ended, that her iniquity is pardoned, that she has received from the Lord’s hand double for all her sins.”

Not double punishment for all of your sins, but double mercy and grace and forgiveness. Not just “comfort” but “comfort, comfort.” Not fleeting and temporary like the grass and the flowers that wither and fade, here today and gone tomorrow, but sturdy and solid and lasting and real and FOREVER.

Surely by now you’ve seen the news that the crown prince of Saudi Arabia, a Muslum, spent a record 4.5 million dollars to own the DiVinci painting of Jesus Christ called – “Salvador Mundi” – “Savior of the World.”

Brothers and sisters, the true ‘Salvador Mundi’ has paid 4.5 million times 4.5 million to have you. And He has given Himself to you for free in your baptism, not that you might frame him and hang him in a museum and admire Him – but that you, a Christian, would REPENT and turn and call Him, “my God.”

The true ‘Salvador Mundi’ entered into our world and took on our flesh and engaged in the daily battle that we all engaged in – to stand FOR US and fight FOR US and suffer FOR US and die FOR US. And on the 3rd day to conquer even our death FOR US.

In Him, your warfare is ended, your iniquity is pardoned – for He has received from His Father’s hand – double for all of your sins.

As you hear His Voice speak tenderly to you today, let it “lift up every valley” and “level every mountain” that hinders you from following Him with all of your heart and soul and mind and strength.

As you eat this bread and drink of this cup, let His body and His blood “level the uneven ground” and “make the rough places a plain,” that when you may hear Him say to you, “Comfort, comfort, my people, says your God,” you may believe it and breathe deeply.