Posted on January 30, 2012 by Lutheran Church of the Resurrection

Click play to listen to the audio version of this sermon.
[audio:sermon-1-29-12.mp3] 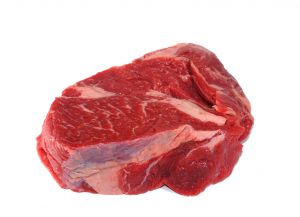 The Corinthian congregation had an ‘eating disorder.’ Some couldn’t stop eating. Others refused to eat. You wouldn’t think something like food could cause division in a congregation, but it did in Corinth. Someone from the congregation, one of the ‘eaters’ is seems, wrote to Paul and asked for his help in straightening this mess out. Actually, it seems like he wrote to Paul asking Paul to tell the ‘non-eaters’ to lighten up and quit being party-poopers.

Lest we think that this is just a silly little issue, let me point out that just about all of chapters 8,9,10, and 11 of 1 Corinthians are about ‘eating’ and ‘food.’

To be sure, this is not just about how spicy the chili for the LWML Christmas Craft Fair should be, or whether you can be a real Lutheran and not eat Lutefisk.

This is about a Christian congregation located in a very non-Christian culture. Corinth was a major, Roman city and the Christian population would have been so small as to hardly even be noticed. A comparison that I’m familiar with would be Thailand and Cambodia. Religiously, both are both Buddhist to the tune of about 95% of the population. The Christian Church exists there within a very Buddhist culture and therefore, as we would expect, the Christians in Thailand and Cambodia have very close ties to Buddhism. Many of them had been Buddhists. Many of them have family members that are still Buddhists.

The religion of the Roman culture was a ‘polytheistic’ system of many gods. Each god had his / her own temple and every major city, such as Corinth, would have had many temples of the various gods.

At these pagan temples, priests carried out sacrifices to the god of that temple. The sacrifices consisted of either grain or animals. In the case of animal sacrifices, after the sacrifice was over, the meat remained. What do you do with the meat? If this sounds like what took place in the Tabernacle and Temple of Israel in the Old Testament, that’s right. In the case of Israel, the priest kept half and the person who brought the sacrifice to the Temple kept the other half. But that doesn’t seem to be the way it worked in Roman culture.

The pagan temples consisted of several rooms and floors. The sacrifices took place in one room. But each temple also had a dinning room open to the public. In fact, the best ‘restaurants’ in town were the Temple dinning rooms. The menu would always include the ‘sacrifice du jour.’ What was not used in the dinning room was sold to the markets in the city.

So, the question among the Corinthian Christians is, is it okay to eat that meat that has been sacrificed to idols? By eating the meat, am I participating in the sacrifice to a pagan god? Am I somehow worshipping the god to whom this meat was sacrificed?

In Thailand and Cambodia, ‘spirit houses’ are everywhere, in front of every house, store, hotel, even on the dashboard of the taxicab. Good Buddhists place food and water in their ‘spirit houses’ for the spirits to eat and drink to please the spirits. In the hotel I stay at in Bangkok, the dining room looks out onto the ‘spirit house’ in front of the hotel. I watch the morning staff bring muffins and juice to the ‘spirit house’ while taking away the muffins and juice from the previous day. It always makes me wonder about the muffins on the breakfast buffet. Where they leftovers that the Buddha didn’t want?

Frankly, for me, it would be no big deal if I ate a muffin fresh from the ‘spirit house.’ I know that there’s really nothing to the ‘spirits.’ But I always wonder what someone who grew up in Thailand as a Buddhist but converted to Christianity might think. What associations and connections to their past might there be? And, just to connect this a little closer to the Corinthian situation, what if there was a separate plate on the buffet line with muffins on it and a sign in front of the plate read, ‘fresh from the spirit-house’? What might a convert think if I took one of those muffins to eat?

Evidently, in the Corinthian congregation there were those who were ‘knowledgeable’ about the faith and were confident that “an idol has no real existence” and “there is no God but one.” They had no issues with eating food sacrificed to idols. But in the same congregation, there were also those who may have been recent converts or maybe who had family members who were still pagans, and eating ‘sacrificed meat’ was a real problem.

Converts to Christianity from other religions need time to sort out their past from their present. I understand that converts from Judaism who grew up in a strict, kosher home, have some of the same issues with food as some of the Corinthians did. Paul writes, “some, through former association with idols, eat food as really offered to an idol, and their conscience, being weak, is defiled.”

So, what are those in the know to do? There was a lot as stake here than just a good steak. This involves access to the ‘good restaurants,’ eating out with pagan friends and maybe superiors. And what if someone invites you to their house for dinner and tells you that the pot roast they’re serving is ‘sacrificed meat’?

II. Paul’s Response
Paul’s response to the “knowledgeable,” is that they are right. They are absolutely right. Eating meat sacrificed to idols is no different than eating any other meat. “For although there may be so-called gods in heaven or on earth… yet for us there is one God, the Father, from whom are all things and for whom we exist, and one Lord, Jesus Christ, through whom are all things and through whom we exist… Food will not commend us to God. We are no worse off if we do not eat, and no better off if we do.”

But Paul goes further than this and in essence says, “even though you are absolutely right, you are also absolutely wrong to insist on eating meat when it threatens to become, what he calls, “a stumbling block” to the weak.

Paul draws a sharp contrast between “knowledge” and “love.” “Knowledge puffs up, but love builds up.”

There seems to be some confusion over this these days. Some say, it’s all about proper doctrine. Some say, it’s all about love for the lost. But proper doctrine without love produces a dead faith that’s got all the right answers but doesn’t know the questions people are asking. In the 13th chapter, Paul writes that without love, it’s comes across like a noisy gong and clanging symbol. In the 14th chapter, Paul writes that for all of their impressive speaking in tongues, no one is being “built up” by it.

On the other hand, love without proper doctrine produces a ‘whatever works’ approach to our life together and missions. Much too much of what is going on in the Christian Church these days is love with no doctrine that tends to be socially and politically correct, but that leads people astray from the truth.

But when you have ‘knowledge,’ AND ‘love,’ then you’ve got something that “builds up.” In contrast to the Corinthians, the Thessalonians have it right. Paul writes, “Therefore encourage one another, and built one another up, just as you are doing.” (1Thess.5:11).

There are some things that fall into the realm of Christian freedom, and frankly, whether you do them or not do them doesn’t affect your faithfulness to God’s Word. As Paul puts it, “We are no worse off if we do not eat, and no better off if we do.” Where it doesn’t effect our faithfulness to God’s Word, then we must act in love to one another and be willing to accommodate the weak in faith for their good – “to build them up.”

For example, suppose someone joins the congregation, somehow without attending my Inquirers Class, who was raised in a home where it was considered a sin to drink alcohol. And after awhile, they let it be known that the fact that we use real wine in the Lord’s Supper troubles them. Is that a matter of Christian freedom? Clearly it is not since it is most certainly wine that Jesus uses in the Lord’s Supper and He says, “this do…” To use grape juice in the Sacrament for the sake of the person who is offended by alcohol would violate God’s Word.

On the other hand, if a brother or sister tells us that they have a problem with an alcohol addiction, and we were planning on setting a bottle of wine out for the pot-luck supper today, that is a question of Christian freedom, and in love for our brother or sister, we would not do it.

The perspective which Paul presents as the proper one is that every member of the congregation must see every other member as “the brother for whom Christ died. Thus, sinning against your brothers and wounding their conscience when it is weak, you sin against Christ.” There is a certain segment of the congregation in Corinth that thinks that the faith is strictly and individual thing. “Just me and Jesus.” “Faith is a private matter.”

But for all of their “knowledge,” they fail to see that being united to Christ unites them to all who are united to Christ. As Christ has died for me, so Christ has died for you. My love for Jesus compels me to love you for His sake. I don’t have to ‘like’ you to love you when I see you as a brother or sister for whom my Lord and Savior has died. I love you for the sake of Him who died for you.

For the sake of Jesus, who died for us, let us “encourage one another, and built one another up, just as you are doing.”