Posted on June 5, 2016 by Lutheran Church of the Resurrection

Grace and peace to you from God our Father and our Lord, Jesus Christ.

How to begin a sermon on “Abortion”? A ‘sermon’ on ‘abortion’ is neither a political speech on the laws of the land and how they should be changed. Nor is it the protest speech that is heard outside of an abortion clinic. Which is not to say that either doesn’t have their time and place. Just not here.

So, how to begin a ‘sermon’ on ‘abortion’? Let’s begin with Webster and a definition of abortion. “Abortion – the termination of a pregnancy after, accompanied by, resulting in, or closely followed by the death of the embryo or fetus.” 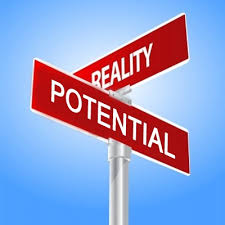 There are several questions at the heart of the abortion issue, but one of the central questions is, ‘is the embryo or fetus’ that is aborted a ‘living being’ or not. Because if it is, then ‘abortion’ is the taking of a life. And we call that ‘murder.’ Webster defines ‘murder’ as, ‘the crime of deliberately killing a person.’

In all fairness, I highly doubt that vast majority of those who are ‘pro-abortion’ or ‘pro-choice’ are in favor of ‘murder.’ Nor are they arguing that it is a woman’s right to commit ‘murder.’ Let’s go so far as to say that if they actually believed that abortion was ‘murder,’ they would be firmly opposed to the practice.

This is why even ‘pro-choice’ and ‘pro-abortion’ supporters become less and less ‘pro’ as the fetus reaches a certain age. Why? Because at some point it becomes a ‘living human being’ and to end it’s ‘life’ in such a ‘premeditated’ way would constitute ‘murder.’ And no one is ‘pro-murder.’

This is why ‘ultrasounds’ are so effective. When a woman and a man who may have been considering an abortion sees the baby and its development as a ‘living human being’ instead of just ‘fetal tissue’ it’s a game changer.

Those on the other side of this issue who are ‘pro-life’ believe that the embryo, from the first moment of conception, is a ‘living human being’ and the taking of a ‘human life’ regardless of it’s stage of development is wrong.

The point is, that both sides of this issue are in agreement with each other that ‘murder’ is wrong. And so for us to use the language of ‘murder’ and ‘homicide’ is not terribly helpful. The place to begin is with the question of ‘life’ and when does ‘life’ begin. Is it at the moment of conception or only after 10 weeks or the 1st trimester or only when it’s ‘viable’ or only after the child is born?

So, how shall we determine when life begins? What will be the basis for our convictions? We say that the Bible is the source of our convictions. Others say that their convictions are based on ‘science.’ And we’re glad, but not at all surprised to see that science is catching up with the Bible arriving at the same conclusions as God’s Word, just as it seems to happening more and more with creation and evolution.

But not everyone is willing to allow the Bible to have a seat at the table these days. So, quoting scripture verses is probably also not a good place to begin.

A good place to begin might be with the ‘SANCTITY OF HUMAN LIFE.’ For the most part, everyone, pro-abortion, pro-choice and pro-life all agree that human life is sacred. If ‘SACRED’ is a word with too much religious baggage, then what if we talk about the special dignity and value and worth of human life.

But here we are right back to the Bible. It’s hard to escape God and His Word no matter how hard we may try. The Bible is God’s ‘sacred Word’ because it comes from God who is the only true standard of ‘sacredness.’ The ‘dignity’ and ‘value’ and ‘worth’ that human life comes from God.

And we see the incredible ‘dignity’ that God gives to men and women that He doesn’t give to any other creatures in Genesis 1, “And God said, ‘Let us make man in our image, in our likeness… So God created man in his own image, in the image of God he created him; male and female he created them.” (Gen. 1:26-27).

‘Created in the image of God’ says two things.
First, it says that human beings have a dignity and worth, a sanctity, that is categorically different and above all other creatures. No other creature shares the ‘image of God.’

Second, it says that human beings have a special connection to their Creator that no other creature has.

Before their fall into sin, Adam and Eve were pure as God is pure and holy and God is holy and good and God is good. And this ‘image’ and ‘likeness’ to God made it perfectly easy to be with God and to be the ‘mirror of God’ to all the other creatures that God created.

After their fall into sin, Adam and Eve lost their purity and holiness and goodness and being with God made them so uncomfortable that they hid from Him. And their behavior toward each other and towards the other creatures was no longer the ‘mirror of God’ that they should have been.

Sin has changed us. BUT GOD HAS NOT CHANGED. And His love for us never changes. In addition to the dignity and worth of human beings that God has given us by creating us in His image, He MAGNIFIED that dignity when He humbled Himself and TOOK ON OUR LIKENESS and became a human being in order to redeem us AND restore us to His image again.

Human life is ‘sacred’ because the God who created us gave His ‘sacredness’ for our ‘sinfulness’ to save us and give us LIFE IN HIS NAME. He could have ‘ended our life’ and been perfectly just in doing so. But He saved us and gave us ETERNAL LIFE. It is because the Bible has such a high view of humanity that Christians take human sin so seriously.

He does the same thing regarding the sanctity of the body and marriage. “You have heard that it was said, ‘You shall not commit adultery. But I say to you that everyone who looks at a woman with lustful intent has already committed adultery with her in his heart.” (Mat. 5:27-28).

He expands the meaning of the law from the actual doing of ‘adultery’ to those things that have THE ‘POTENTIAL’ to lead to adultery.

And then, in addition to what the Law forbids, we must also consider what the Law commands. We are NOT to take life, but we are to do all we can to save and protect and care for human life.

Luther does this so well in his Small Catechism. The 5th Commandment is, “You shall not murder.” “What does this mean?” “We should fear and love God so that we DO NOT hurt or harm our neighbor in his body, BUT help and support him in every bodily need.”

So, based on the extent to which Jesus applies the law for the protection of life, even if we cannot come to an agreement with someone on WHEN live begins, we should at least be able to agree that the embryo has the ‘potential’ to become a living being from the moment of conception.

What about those actions which are meant to lead to the destruction of a ‘potential’ life? Doesn’t it make sense that the Law should apply even to the ‘unborn’ who will eventually be ‘born’? Do we have the ‘right to choose’ to end what would have become a ‘living human being’ had we not prevented it?

In addition there is also the POSITIVE side of the Law to consider. How are we striving to save and protect and care for the human being that is totally dependant on others to ‘support him in every bodily need”?

Whatever else we might say about abortion, we can certainly say that it does NOT strive to save, protect and care for even the ‘potential’ life of the unborn child.

So, how to end a sermon on ‘abortion’? Webster is of no help here.

Let me begin by saying that abortion is not just a woman’s issue. A man has definitely been involved in this and he is just as responsible for his actions as the woman. It’s time for men to be real men and stop running away like little cowards or putting the woman in a position of having decide between keeping their baby or keeping their boyfriend.

“Husbands love your wives as Christ loves the Church and gave himself up for her.” (Eph. 5:25).

And then let me also say that ‘abortion’ is not the unforgivable sin. The heavy weight of guilt that we all bear in this, whether its because of our action or because of our inaction, has been placed onto the shoulders of our Lord who has carried it to Golgatha and sent it away as far as the east is from the west.

What else could the fact that HIS LIFE WAS TAKEN AWAY FROM HIM MEAN but that He has atoned for the sin of taking away the life of another?
“Come now, let us reason together, says the LORD:
though your sins are like scarlet, they shall be as white as snow;
though they are red like crimson, they shall become like wool.” (Is. 1:18)

“Bless the LORD, O my soul, and forget not all his benefits,
who forgives all your iniquity, who heals all your diseases,
who redeems your life from the pit, who crowns you with steadfast love and mercy,
who satisfies you with good so that your youth is renewed like the eagle’s.” (Ps. 103:2-5)