Posted on June 12, 2016 by Lutheran Church of the Resurrection

It was common practice for the Pharisees of a local synagogue to invite the visiting Rabbi to dinner the night before worship. A good chance for them to get a preview of what Scriptures the Rabbi would be preaching on and formulate some clever questions or additional insights to add that would make them look real “smaht” in front of all the people.

“One of the Pharisees asked him to eat with him, and he went into the Pharisee’s house and took a place at the table.” 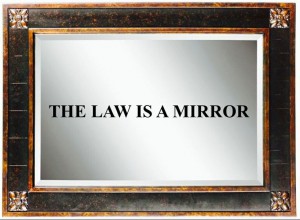 At these pre-Sabbath dinners, the Rabbi was always the special guest and was treated with a special courtesy. But not here. This Pharisee didn’t even extend his guest the common courtesy of a bowl of water for him to wash his feet. Nor greet him with the customary kiss on the cheek. Nor anoint him with some perfumed oil to refresh him and cover the smell of sweat.

The word on the street was that this Rabbi was a “friend of tax collectors and sinners.” (Lk. 7:34) And that great crowds were calling Him a ‘great prophet.’ (Lk. 7:16)

But “FRIEND OF TAX COLLECTORS AND SINNERS” and “GREAT PROPHET” were contradictory terms. There was something wrong about this Rabbi. What seminary did he graduate from anyway?

And yet, this Pharisee invites this Rabbi to come to house for dinner. And as we’ll see, there are others there too. Other Pharisees. Witnesses that will testify to what they hear and see.

Luke gives us none of the chit-chat between host and guest before dinner. He just says that He entered and “he took his place at the table.” Literally, He ‘reclined’ at table. It’s a strange position that you and I probably couldn’t hold for as long as it takes to say, ‘please pass the peas.’ Seated on a cushion, leaning on one elbow, feet extended behind you. (We should appreciate chairs more than we do.)

And then, at some point during the meal, “Behold!” “Idu.”

Whenever you hear the word, “Behold” it always means something shocking and unexpected is about to happen, as in, “Behold, you will conceive in your womb and bear a son and you shall call his name, Jesus…” (Luke 1:31) Or “Behold, two men stood by them in dazzling apparel and said, ‘why do look for the living among the dead, he is not here, he is risen!” (Lk.23:14) Or “behold, I am making all things new.” (Rev. 21:5)

“Behold, a woman of the city, who was a sinner, when she learned that he was reclining at table in the Pharisee’s house…”

“She brought an alabaster flask of ointment, and standing behind him at his feet, weeping, she began to wet his feet with her tears and wiped them with the hair of her head and kissed his feet and anointed them with the ointment.”

Who is this woman and what moved her to behave like this? Luke doesn’t tell us who she is or what happened that moved to do the daring thing and her barge in on this dinner just to see Jesus and spend this precious bottle of ointment on Him. We can only imagine.

Whatever it was, it must have been deeply personal and meaningful to her that on seeing him she’s overcome with emotion. She’s bawling her eyes out as she gets down on her hands and knees behind him. Her head is hanging over his dirty feet and her tears are splashing down on them. She has forfeited all sense of pride and self-dignity, and begins to wipe his dirty, wet feet with her hair. And then she opens the alabaster flask of perfume and pours it onto his feet.

Jesus has brought her some GOOD NEWS – some Gospel. He has proclaimed peace and brought good tidings and announced salvation TO HER. We don’t know any of the details but we do know that it must have been something very special, very life changing. And we say that only because of the way she is acting here. She’s not acting this way SO THAT Jesus might give her some GOOD NEWS. This is the FRUIT that the gospel bears.

Simon however sees it much differently. “Now when the Pharisee who had invited him saw who was touching him, he said to himself, ‘If this man were a prophet, he would have known who and what sort of woman this is who is touching him, for she is a sinner.”

There are plenty of cases in the Gospels where Jesus blasts the Pharisees for their arrogance and self-righteousness – ‘white washed tombs full of dead men’s bones and all uncleanness,’ for example. But that’s not the way He responds to this Pharisee on this night. He tells Simon a parable in the hope that Simon might turn and respond differently.

“Simon, I have something to say to you.” And he answered, ‘say it Rabbi.’ “A certain moneylender had two debtors. One owed five hundred denari, and the other fifty. When they could not pay, he cancelled the debt of both. Now which of them will love him more?” Simon answered, ‘The one, I suppose, for whom he cancelled the larger debt.’ And he said to him, ‘You have judged rightly.’

It’s a very short parable. Very simple and straightforward. Not a lot of details to keep track of. Two debtors. One has racked up the equivalent of 100 weeks wages, the other 10 weeks.

As for the other, I’ll be the average American has at least 10 weeks wages racked up on his credit cards.

But the lender decided to cancel the debts of both.

Simon certainly understands that Jesus is making a comparison between this woman and himself. She is the 500 denari debtor and he is the 50 denari debtor. And although Simon may disagree with Jesus’ assessment of his own debt, he at least appreciates the fact that Jesus is perceptive enough to see that Simon is only 1/10th the sinner as this woman. Or as he would probably prefer to put it, ten times better than her.

“The one, I suppose, for whom he cancelled the larger debt.” Jesus has caught his host in his own words. “Isn’t this why you showed me such little common courtesy compared to the great love this woman has showered on me, Simon? You’re ‘little sin’ renders you incapable of ‘much love’ because all that you know is ‘little forgiveness.’

“But this woman ‘loves much’ because her sins were GREAT. “Forgiveness” of all her debt means release from the dungeon, HOPE FROM HOPELESSNESS, and a new life, “God loves even ME.” That’s why she treats me as she does and why treat me as you do.”

So Simon, who is in a better position before God? You or this woman?”

The way to increase your love is to increase your sin which makes the forgiveness like a banquet to a starving man as opposed to desert after dinner and ‘it’s looks good but I’m pretty full right now.’

While everyone else is trying to prove how much better they are compared to everyone else and they’re not really THAT BAD and at least their not like THAT SINNER, Jesus wants us to see that “there is no distinction, for all have sinned and fallen short of the glory of God.” (Rom. 3:23).

It does you no good to dull the razor sharp edge of the Law so that it won’t cut you so deeply. Let the Law INCREASE YOUR SIN. Let it MAGNIFY YOUR UGLINESS. Let it COMPOUND YOUR GUILT, that the FORGIVENESS OF YOUR SINS MAY BE SWEETER THAN HONEY, and that you may LOVE MUCH.

This is what St. Paul is getting at when he writes to the Romans, “The Law was added SO THAT THE TRESPASS MIGHT INCREASE.” How counter-intuitive to fallen man is that?

The Law is there, not as a LADDER TO CLIMB to get closer to God, or as a guide to separate the sinner from the saint. It’s the mirror of God that, if you will look into it HONESTLY, shows us what we really look like before God who is holy and says ‘YOU SHALL BE HOLY.”

The LAW is in place so that our debt MIGHT BE INCREASED. “FOR WHERE SIN INCREASED, GRACE INCREASED ALL THE MORE.” (Rom. 5:20).

This is no CHEAP GRACE against which we have borrowed so heavily. God doesn’t just make an ‘ADJUSTING ENTRY’ in the books and use His divine erasure to rub out the debt that we owe and write in a zero balance due. The debt that we could never repay and that would send every one of us to prison forever was paid in full by God Himself in the life of His only begotten, dearly loved Son, Jesus Christ.

“You see this woman, Simon? You want to know why she is acting this way? It’s because she has been FORGIVEN MUCH. But Simon, THE ONE WHO LOVES LITTLE, SHOWS HOW LITTLE THEY HAVE BEEN FORGIVEN.”

“And He said to her, ‘Your sins are forgiven.’

“Those who were there said among themselves, ‘Who is this, who even forgives sins?’ Don’t expect much love from them.

But what about Simon? How did he respond? Luke doesn’t tell us. He leaves us hanging, wondering. How will this go?

And what about us? How will it go for us when He invites us to ‘eat with him’ and serves us His body and His blood, given and shed FOR YOU for the forgiveness of your sins? Forgiven much or forgiven little?