Posted on September 18, 2016 by Lutheran Church of the Resurrection 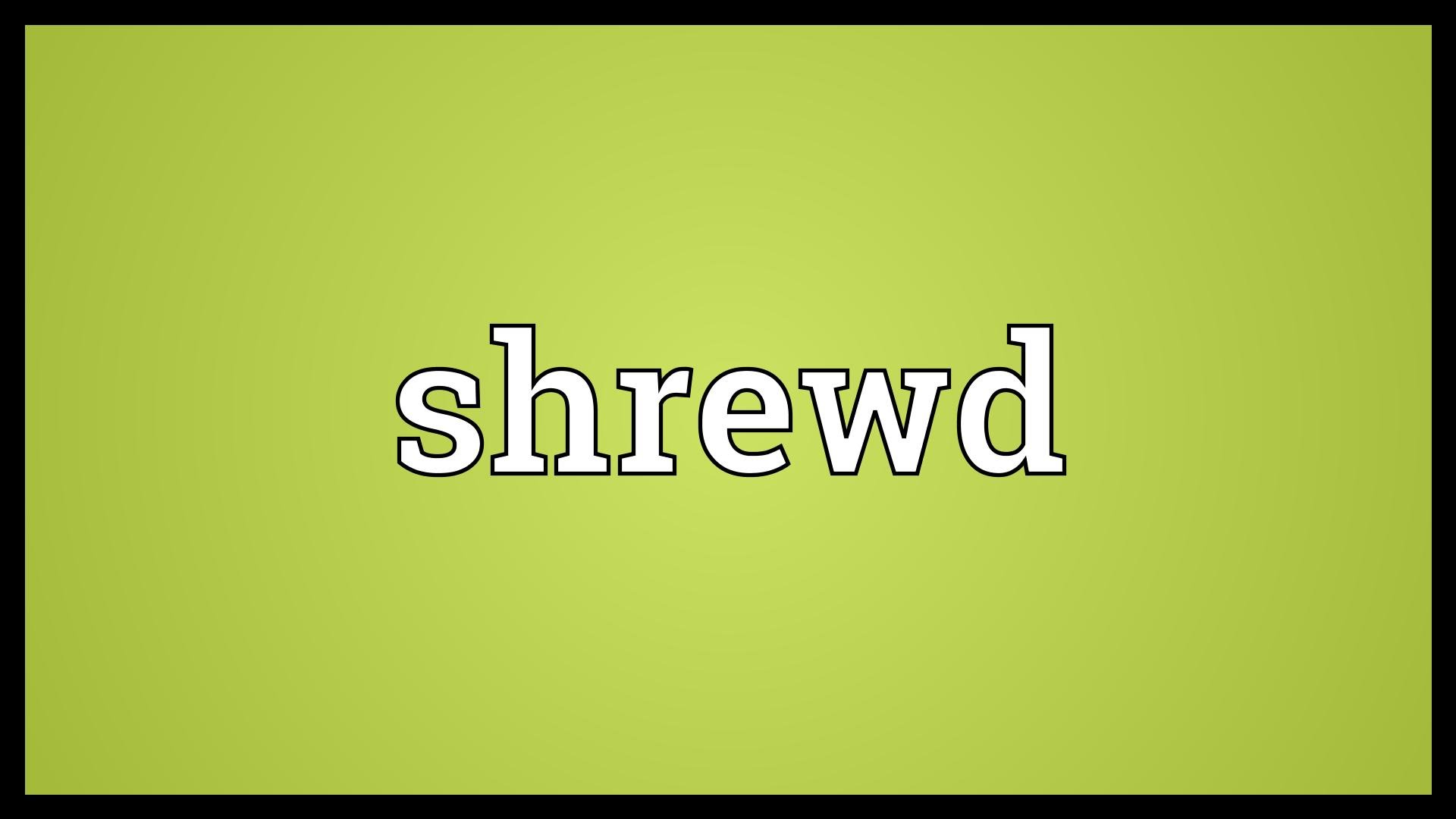 The text for this morning’s sermon is the parable of the dishonest manager as we just heard Jesus tell to His disciples in our gospel reading.

I. The Parable Repeated
A brief summary of the story goes as follows:
 A RICH MAN hired a MANAGER to look after his business. Nothing unusual about that.
 Charges of MISMANAGEMENT were filed against the manager. We’re not given any of the details, only that he was ‘WASTING HIS MASTER’S POSSESSIONS. Maybe he was using an excessive amount of company money for travel and entertainment. Or maybe it was that pocketing some of what should have gone into the register. Or maybe he was collecting a paycheck while doing as little as possible for it. We’re not told.
 When the charges came to the rich man, the rich man called his manager into his office. It was undoubtedly one of those meetings with the boss where the manager was told to ‘SHUT THE DOOR,’ which is usually a bad sign.
 The owner says to his manager, “what is this I hear about you?”
 The manager doesn’t deny the charges nor try to defend himself.
 Hearing no reply to his question, the owner demands that the manager, “turn in the account of your management.” That is, he’s to turn over ‘THE BOOKS.’ The owner wants to have the books ‘audited’ to see what’s been going on.
 And with that, he fires the manager. “You can no longer be manager.”
 Then the ‘ex-manager’ gets really worried about how he’s going to survive on ‘unemployment,’ since, in his day, there is no such thing.
 He thinks about putting a resume together, but quickly concludes that no one is ever going to hire him for a management position again with this blemish on his record. He could probably get a job doing physical labor, but frankly, that’s just not his thing. Just the thought of using a shovel wears him out. He could get a piece of cardboard and write, ‘homeless and unemployed – every little bit helps – God bless you,’ and stand by a busy intersection. But he is too proud for that.

So far, Jesus has painted a picture that, sadly, sounds very familiar. There’s nothing unusual or shocking about any of this. It’s been way too easy to put this into a contemporary context.

But here’s where things start to get a little unusual.

 The manager concocts a strategy, “so that when I am removed from management, people will receive me into their houses.”
 He then begins to summon those who owe the company money. They were buying on credit and paying their bills with ‘oil’ and ‘wheat.’
 But the problem is, the ‘manager’ no longer has the ‘BOOKS.’ So, strangely, he’s got to ask each person what he owes. “To the first he says, ‘how much do you owe my master?’ Notice, he doesn’t say, ‘ex-master.’
 The first one replies, ‘a hundred measures of oil.” The manager tells this person to change the bill to “50 measures of oil.” “And do it ‘QUICKLY!’
 He asks the second customer, “how much do you owe?”
 The man replies, ‘a hundred measures of wheat.” The manager tells him to change the bill to “80 measures of wheat.” “And do it QUICKLY!’
 And we should assume that it went on like this for awhile.

Now, the only way that this story makes any sense at all is if the ‘customers’ don’t yet know that the manager has been fired. This is a time before the ‘internet’ and ‘facebook’ and ‘texting.’ They think that he’s acting as ‘company manager.’ And this is why the manager insists that they make the adjustment QUICKLY. Once word gets out that he’s been fired, they’ll realize that this is a scam.

Now let’s think about this. Once the OWNER, finds out what his ‘ex-manager’ has done, what’s he supposed to do? HE IS IN A VERY DIFFICULT POSITION. He’s faced with two options:

 He could contact all of those people who are so pleased and happy with Him and say, ‘hey listen, I know that my manager cut the bill that you owe me, but he had no authority to do that since I had fired him BEFORE he did it. So, sorry, but you’re going to have to add back onto the bill what he had written off.’ And as you can imagine, that would not go over very well.

 Or, his second option is to act as though this was indeed his idea and that he is in complete agreement with what the manager has done and maintain the tremendous ‘CUSTOMER APPROVAL RATING’ that he now has.

II. The Meaning of the Parable
So, what are we to make of this? Is this a lesson in ‘how to recover from failure,’ or ‘how to stick it to your boss if he fires you’? Of course it isn’t.

With this story, Jesus paints a picture of our situation before God.

You better believe that right now, as we speak, charges are being brought to God about your mismanagement of what He has entrusted to you.

Just think of the money, and the time, and the possessions, and the people, and the opportunities that He has ENTRUSTED to your management. How ‘wasteful’ have each of us been?

There isn’t one who can say that he has managed what belongs to the “RICH MAN” faithfully. How often have we forgotten that all that we have has been entrusted to us to manage ON BEHALF OF God? How often have we forgotten that we are not the OWNERS but the STEWARDS who must one day give an account of how we have managed what was entrusted to our care?

Charges are being brought to almighty God against us at this very minute. And we know who the accuser is. It is Satan, who the Scriptures say, “accuses us before God, day and night.’ (Rev.12:10).

And there is no arguing or refuting the charges, because they’re true, and we know it. And if it’s not Satan bringing charges against us, it’s our own conscience that accuses us.

The questions sound very familiar. “CONSIDER YOUR PLACE IN LIFE ACCORDING TO THE TEN COMMANDMENTS: ARE YOU A FATHER, MOTHER, SON, DAUGHTER, HUSBAND, WIFE, OR WORKER? HAVE YOU BEEN DISOBEDIENT, UNFAITHFUL, OR LAZY? HEAVE YOU BEEN HOT-TEMPERED, RUDE OR QUARRELSOME? HAVE YOU HURT SOMEONE BY YOUR WORDS OR DEEDS? HAVE YOU STOLEN, BEEN NEGLIGENT, WASTED ANYTHING, OR DONE ANY HARM?”

So, what shall we do when the OWNER COMES AGAIN and says, “what is this that I hear about you?”

The dishonest manager said to himself, “what shall I do…?” Which happen to be the same words that the Prodigal Son said to himself when he realized what a desperate situation he was in after WASTING his father’s wealth.

To the credit of both the Prodigal Son and the Dishonest Manager, both of them realize that the solution to their dilemma was not to plead their innocence. Or argue that they did the best they could under the circumstances. Or compare themselves to others who are a whole lot worse than they are.

His entire plan that his “friends” should take him into their homes COMPLETELY FALLS APART if the Owner retracts the deal that he has made with them. If the Rich Man retracts the deal, the MANAGER won’t be able to find a welcome home anywhere. He is counting on the Rich Man TO BE MERCIFUL.

AND SO SHOULD WE.

The Rich Man in this story is God the Father and Jesus is the manager; He is the ‘face of God.’ WHAT JESUS IS TELLING US IS THAT HE HAS THE FATHER CORNERED. The Father could act ‘justly’ and according to the righteous demands of the Law and cancel the deal that Jesus made for us by His cross, where He CANCELED OUR DEBT. But then, who would ‘praise’ and ‘honor’ and ‘worship’ the Father? And who would welcome the Son in their home and give Him their love and devotion?

No, the Son has boxed the Father into a corner, and FOR HIS OWN NAME’S SAKE, He must honor the DEEP DISCOUNT that His manager has written over our debt.

But here’s the point, here’s the WHOLE POINT, THE FATHER LOVES TO BE CORNERED LIKE THIS. He delights in being ‘hemmed in’ like this. And He commends His Son for His “shrewdness.” “THIS IS MY BELOVED SON, WITH WHOM I AM WELL PLEASED.”

And He ‘commends’ all who are so ‘shrewd’ as to corner Him like this and count on His MERCY in the Name of Jesus.

For the truth is, this is precisely what the Father sent His Son into the world to do. “For God so LOVED THE WORLD THAT HE SENT HIS SON,” to slash your debt to the Father, not by 20% or 50% or even 99% but by 100%. And when the books are opened and examined, there beside your name will stand these words, “Paid In Full.”

And this, not arbitrarily nor without justice. For when the charges that were brought against us were laid upon Him, God exercised His JUDGEMENT upon His Son, and SHOWED NO MERCY! All so that He may be GRACIOUS AND MERCIFUL to you.

“Who shall bring any charge against God’s elect? It is God who justifies. Who is to condemn? Christ Jesus is the one who died—more than that, who was raised—who is at the right hand of God, who indeed is interceding for us.” (Romans 8:33-34).

The hope of each and every sinner is not
 that the Father will never know about our mismanagement of what He has entrusted to us,
 or that our merits and good qualities will outweigh our faults and failures.

The only hope of every sinner is that God is merciful, for the sake of His Son. And for HIS OWN NAMES SAKE, He “RECEIVES YOU INTO HIS HOUSE,” live with Him forever and eat at His banquet table and PRAISE AND HONOR AND WORSHIP Him forever and ever. Amen.