Posted on January 2, 2017 by Lutheran Church of the Resurrection 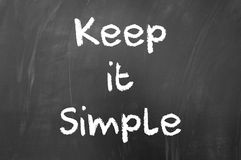 Sometimes we Christians can make religion a lot more complicated than it really is. Religion is a simple thing really. God has given us laws to obey and rules to follow and if you obey them and follow them you live, and if you don’t you die. All religions have got their laws and rules and all religions basically say the same thing – obey and you live, disobey and you die.

It got a little more complicated when God expanded the law to be obeyed by 10fold. But the principle remains the same. Keep it and you live. Break it and you die.

But that is way too simple for us. It’s much too cut and dry. Far too black and white. There’s no room in the Law for exceptions or special considerations. Circumstances and conditions have to be factored in somehow.

For example, “honor the Sabbath day by keeping it holy.” Sounds simple enough until the kids start playing sports or the job has its demands or the sun is shining or the fish are biting or the sun isn’t shining. It’s not so simple.

Or take the 6th Commandment, “You shall not commit adultery.” How do you define, ‘adultery’? Is it adultery if you really love the other person, or if you plan to get married, or if it wasn’t serious or if you just watched it on your TV or computer? It’s really quite complicated.

And then there’s the ‘partial completion’ clause that we’ve insisted on adding to the Commandments. How much of the Law must we keep to have kept it enough? 100% seems entirely unreasonable. I recently heard someone say that they go to church a lot more than most of the people their age do, as if that made a sporadic attendance acceptable. It’s all relative and relativity is complicated.

And then there’s the ‘sincerity’ factor that has to be considered. Does it really count if it wasn’t sincere? And what if we failed but really, really tried? Shouldn’t that count for more than someone who never even tried? “He never went to church but he had a strong faith in God.” What are you supposed to do with that?

We Christians have made a simple thing like “obey the law and live” such a complicated thing. And I suspect that the reason we have done so is that we all somehow know deep, down inside, that we cannot actually keep the Law of God as God actually commanded it and intended it to be kept.

So the best we can do is to complicate the daylights out of it so that no one can be too sure who is keeping it and who is not, and therefore who is being saved and who is not. And we’re betting our life on the hope that God is as confused about the whole thing as we are so that in the end, everyone is saved.

But of course, this is always a bad bet to make. Because God is not confused. He knows His Law and how to interpret it because it’s His Law. He knows the way that He has directed men and women to live and that it is a ‘hard way’ and that leads through a ‘narrow door.’ (Mat.7:13-14) And He knows that no man or woman has ever obeyed His Law or lived His ‘way’ according to His demand, which is perfect. “You shall be holy as I the Lord your God am holy.”

Because if there were a man or a woman who had kept His Law and walked His way, according to His perfect demands, He would not have had to send His Son into the world as He did. Jesus Christ has come into this world to keep the Law of God. It’s really as simple as that.

And that is why He is circumcised on the eighth day. Circumcision goes all the way back to Abraham to whom God gave the command that he and his entire household must be circumcised. Circumcision was the indelible mark that identified the circumcised as an heir of the covenant that God made with Abraham.

Luther anticipates the natural reaction that we all have to God’s commandment that Abraham and all of his children and servants and all who would be included in the covenant be circumcised saying, “Here God established a covenant with a requirement so silly that it’s hard to imagine anything more ridiculous! What could be more laughable than that God – the eternal wisdom! – would order an eight-day-old child and the ninety-nine year old Abraham to be circumcised – together with all others who might wish to adopt the Jewish faith?…”

Luther puts himself in Abraham’s place. “What a silly thing that we oldsters would be circumcised! God surely doesn’t mean that literally; there must be some other explanation – some spiritual meaning to this.” “So Abraham also, could have said after receiving the circumcision command, ‘dear Lord, how can this contribute to my salvation if on the eighth day after birth a little bit of skin is cut away from the body?… That’s how reason speaks and thinks when it wants to be really brilliant!”…“That’s how all of God’s commandments fare with us: reason butts its head against them and takes offense…”

So it is that Joseph and Mary bring their son to be circumcised when He is eight days old. No exceptions or exemptions for this baby who is the Christ, the Son of God. It’s the LAW of God. It’s that simple. Jesus Christ has come into this world to keep the Law – perfectly, completely, according to all of the perfect and righteous demands of God.

There is One who has kept the Law and walked the Way of God, perfectly. He doesn’t argue with it or interpret it or spiritualize it. He keeps it – willingly, gladly, fully and firmly believing that the Law of God is GOOD because God is GOOD and God is LOVE and a good and loving God would never tell you to do anything that wasn’t GOOD for you.

“When the time had fully come, God sent His son, born of a woman, born under the LAW to redeem those who were under the LAW…” (Galatians 4:4). What we should be but aren’t, what we should do but don’t, HE IS and HE DOES. And the Father counts it all to you as if it was YOU and as if you were just like HIM.

These are the marks that have been placed on you in your baptism. “Receive the mark of the cross, both upon your forehead and upon your heart that MARK YOU as one redeemed by Christ the crucified.” The ‘mark’ of the cross is now the mark that identifies the one so marked as an heir of the promise – the promise made to Abraham, now fulfilled in Jesus Christ.
“And if you are Christ’s, then you are Abraham’s offspring, heirs according to promise.”

The mark that you received in your baptism has not been placed on you so that God may be able to identify you as His own child, but so that you may be certain that you are a child of God and an heir, ACCORDING TO GOD’S PROMISE, not according to your obedience.

Believing that Jesus Christ has kept the Law perfectly for us does not mean that we are free to live as though His Law doesn’t matter.

No, rather, His circumcision and crucifixion and resurrection has set us free DENYING OUR GUILT to CONFESSING that that we have not kept His Law as He would have us keep it, either because we didn’t want to or because we thought it was foolish or because we forgot that we were marked with the sign of the cross, or all of the above.

Jesus has set us free from every desire to complicate this beautiful religion by inventing ways to confuse God’s Law that we might be judged more favorably by it. We have already been judged in the cross of Jesus and raised to life with Him on the 3rd day.

Already, at just eight days old, Jesus Christ set us free from the curse of the Law, so that we may now strive to live according to it because it honors God and is good for us.

It’s as simple as that.