Posted on January 8, 2017 by Lutheran Church of the Resurrection

I’d like to begin this morning by asking you to take out your worship bulletin and turn to page 8. The Psalm appointed for today – ‘The Baptism of our Lord,’ is the 29th Psalm and I’d like to have us hear it again by singing it again. (Congregation sings Psalm 29) 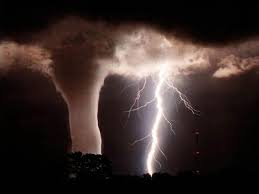 Special emphasis is placed on the Lord’s ‘glory.’ The word “glory” in the Hebrew is ‘chavod’. And it literally means ‘weight.’ The Lord is ‘heavy.’ He is not to be taken ‘lightly.’

His ‘glory’ is ascribed to His ‘name.’ This is why we dare not take the ‘name of God’ ‘lightly.’ You shall not take the name of the Lord your God in vain. His name is ‘glorious,’ it’s ‘heavy.’ We are to ascribe to it the ‘weight’ it is due.

The call to ‘ascribe to the Lord glory and strength’ goes out to the “heavenly beings.” And the ‘heavenly beings’ do just that. They ‘worship the Lord in the splendor of holiness.’

Just to be sure we hear that right let’s rephrase it like this, “They worship the Lord, splendored in holiness,’ or ‘clothed in holiness.’ It’s a holiness that they ‘ascribe to the Lord,’ it belongs to Him, He is the source and the author of the ‘holiness’ that they are splendored in. The ‘heavenly beings’ are ‘worshipping’ the Lord of glory clothed in the glory that belongs to Him.

And now we come to verses 3-9 where we have this incredible repetition of the phrase, “the voice of the Lord…” In the Hebrew it’s the “qol yahweh”. The word “qol” tells you something about its meaning by the SOUND of the word. It’s “QOL” with a hard ‘qaph’ that is meant to sound like ‘thunder.’

Counting them, we see that this phrase, “The voice of the Lord…” is repeated in these 7 times in 7 verses. 7 is the number for completeness, as in the 7 days of creation.

“The voice of the Lord is over the waters, the God of glory thunders…” “The Lord, speaks His voice over many waters – as He did in the beginning when the whole world was a watery deep – “Let there be light.” “And there was light.”

“The voice of the Lord makes Lebanon skip like a calf, and Sirion like a young wild ox.” Lebanon was a powerful nation and Sirion is another name for Mount Hermon which was the tallest mountain in Lebanon. They skip and jump like frightened animals at the sound of the “voice of the Lord.”

“The voice of the Lord makes the deer give birth and strips the forest bare…” The poor deer is so frightened when it hears the ‘voice of the Lord’ that that it goes into labor and gives birth early.

This is the “voice of the Lord” that the Israelites heard from the top of Mt. Sinai in the wilderness on their way to the Promised Land and they said, “If we hear the voice of the Lord anymore, we shall die.”

They could only stand to hear the “voice of the Lord” if the glory and the majesty were covered up in human flesh and bones like their own.

The Flood of Noah

All of this Psalm up to this point has called our attention to the terrifying power and might of the ‘voice of the Lord.’

In our Old Testament reading, the prophet Isaiah points us to the “servant of the Lord” who speaks with an entirely much different tone of voice than the one we heard in our Psalm. He is the One whom the Lord of glory and strength “upholds,” His “chosen One in whom my soul delights. I have put my Spirit upon him. He will bring forth justice to the nations.”

And what about His voice? Does He ‘thunder over many waters’ and frighten the poor animals to skip and go into labor?” No, quite the contrary. “He will not cry aloud or lift up his voice, or make it heard in the street.”

Rather than snapping great cedars, “a bruised reed he will not break.” Rather than “flashing forth flames of fire,” “a smoldering wick he will not quench.”

“He will faithfully bring forth justice. He will not grow faint or be discouraged till he has established justice in the earth; and the coastlands wait for his law.”

Of course, the “servant of the Lord” whom Isaiah was pointing to is the One who is standing in the Jordan River. The Lord puts the Spirit of the Lord on the Lord Jesus and “the voice of the Lord is over the waters, the God of glory thunders, the Lord, over many waters.” “This is my beloved Son, with whom I am well pleased.”

Jesus Christ is the servant of the Lord, whose voice is the voice of the Lord of glory and strength, but who “speaks tenderly…” ‘Speak tenderly to Jerusalem, and cry to her that her warfare is ended, that her iniquity is pardoned, that she has received from the LORD’s hand double for all her sins. (Isaiah 40:2)
Jesus is the “VOICE OF THE LORD” who speaks to the crowds that are not threatened by Him but gather around Him saying, “Blessed are the poor in spirit, for theirs is the kingdom of heaven. Blessed are those who mourn, for they shall be comforted…” And His voice comforts and strengthens His people.

The point here is that apart from Jesus Christ, the ‘VOICE OF THE LORD’ is a threatening and terrifying voice that causes sinful men and women to flee in fear. Like the Israelites of old, no one can stand to hear the VOICE OF THE LORD unless it comes to us covered in flesh and bones.

In Jesus Christ, God speaks to us gently and tenderly with words filled with mercy and grace and love. His voice speaks forgiveness and peace and life and salvation. And as we listen, His voice creates faith in us and we actually receive we have heard Him speak.

This is how God wants to speak to us too and how He wants us to hear Him. Jesus Christ is the “sound of a low whisper.”

And so we do well to hear God speak to us through the voice of the One who stands in the water of the Jordan River for baptism; and hangs from the cross at Golgatha for atonement; and comes to us today in the bread and wine. We hear the voice of the baptized, crucified and risen Lord, speak to us in a “low whisper” saying, “take and eat this is my body; take and drink, this is my blood.”

And we are glad to hear the ‘voice of the Lord’ speak to us like this. And we joyfully, come and receive what He gives. And as we do, we “ascribe to the Lord, the glory due His name and worship the Lord in the splendor of holiness.” And the Psalmist’s prayer is answered for us, “May the Lord give strength to his people. May the Lord bless his people with peace!”