Posted on June 19, 2017 by Lutheran Church of the Resurrection 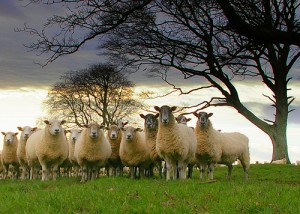 Today, we begin a new season of our life together in the Church – the season of Pentecost. Today marks the beginning of the second half of the church year. During the first half of the church year, our attention was focused on all of the ‘famous’ events in the life of Christ – His birth, His Baptism and Transfiguration, His crucifixion and resurrection on the 3rd day, His ascension into heaven and the fulfillment of His promise to send the Holy Spirit on the Day of Pentecost.

Last Sunday, Trinity Sunday, was the ‘grand finale’ to the first half of the church year – which is sometimes referred to as the FESTIVAL HALF of the church year because its filled with all of those BIG and FESTIVE events that deserve special services and celebrations and the colors are always changing from blue to purple to white and red – each with their special meaning and significance.

Now as we move into the second half of the church year, things settle down a bit. There aren’t any FESTIVALS to celebrate per se. Here in this half of the year we follow a path that leads us through the ministry of our Lord that takes place in between His Baptism by John in the Jordan and His crucifixion on the cross at Golgatha – lasting about three and a half years.

This half of the year is sometimes referred to as the GRAZING TIME of the year. It’s when the flock of Jesus graze on His Word and grow in their faith. And so, the color is green for grass and it stays green all season long.

This year we’re in the “A” cycle of readings, which means that St. Matthew’s will be our guide for the next 24 Sundays. And we begin at the end of the 9th chapter of Matthew’s gospel – which seems like an odd place to begin. Why there? Actually, where we begin is really determined by where we want the journey to end – which is always with Jesus’ preaching about the ‘end times,’ which is Matthew 25, right before Matthew’s account of our Lord’s passion begins. And so it’s simply a matter of counting back from there 24 stops along the way – which this year, that puts us at the end of chapter 9… Which, as it turns out, is an excellent place to begin this new season of Pentecost.

We read, “And Jesus went throughout all the cities and villages, teaching in their synagogues and proclaiming the gospel of the kingdom and healing every disease and every affliction.”

Matthew summarizes this time of Jesus’ ministry, first by telling us that Jesus moved around. He traveled a lot. Traveling as become so much a part of our life that maybe we hardly notice that Jesus did a lot of traveling too– “He went throughout all the cities and villages…”

The ‘regions’ that Jesus traveled were primarily the regions of Galilee where the Sea of Galilee is, and the Decapolis which is to the west of Galilee and the region of Judea which is dominated by the city of Jerusalem.

“He went throughout all the cities and villages…” It’s important for us to notice this. We know that Jesus is the King of Kings and Lord of Lords. But he’s not the kind of King that sits on His throne and if you want to see Him, you have to and find your way to Him and get security clearance and hope that you can get an appointment with him to plead for His help with whatever your problem might be.

Jesus is not that kind of a King. He’s a traveling King. He goes into His kingdom, to where His people actually live their daily lives and He engages them in such a humble way that His citizens hardly realize who He is.

Matthew summarizes Jesus’ activity as He travels from one city and village to another with three participles: TEACHING in their synagogues and PROCLAIMING the gospel of the kingdom and HEALING every disease and every affliction.” Let’s consider each of those.

I. Teaching
First, “Teaching in their synagogues…” Synagogues were the places for teaching and instruction for the Jews in Jesus’ day. It’s where Israel did its bible study. Originally, all the teaching took place at the Temple on the porch that surrounded it – and lots of informal teaching still did take place there. And we’ll also see Jesus doing some teaching at the Temple.

Jesus had ‘Rabbi’ status, even though He had no formal training – something that really puzzled a lot of his students and the other Rabbis. As we’ll see, Jesus not only “teaches” in the Synagogue but also on the hillsides and valleys and from boats and while He’s traveling from one village and city to another. We can only wonder what that must have been like to hear Jesus teach.
II. Proclaiming

‘THREATS’ may not sound like GOOD NEWS – unless God’s ‘threats’ are against those who are troubling you or persecuting you. If God ‘threatens’ the evil-doers and actually carries out those THREATS – that’s good news for the victims of evil.
When Jesus “proclaims the gospel…” He’s not TEACHING, He’s ANNOUNCING that all that the bible threatens and promises is coming true and being fulfilled – IN HIMSELF.

“Diseases” and “afflictions” of every kind were ‘healed.’ The source of the ‘disease,’ the cause of the ‘affliction’ was removed, cast out. He commanded it to ‘be gone’ and it obeyed. Jesus was carrying out the THREATS OF GOD against the powers and forces of evil that afflicted and tormented the people. He was DELIVERING GOD’S PROMISE to them – one diseased, one afflicted, one suffering soul at a time.

Sometimes Matthew will want us to stop and watch Jesus “teach” and “proclaim” and “heal” one or two ‘diseased’ ‘afflicted’ souls in particular. Today, it’s all about THE CROWDS.

“When he saw the crowds, he had compassion for them, because they were harassed and helpless, like sheep without a shepherd…”

This really is such a good place to begin the Pentecost season because if we are willing to go slow and pay close attention, we can learn something about Jesus that we don’t get the chance to do in the BUSY, FESTIVAL season.

“He saw the crowds…” I don’t know how many it takes to make a ‘crowd,’ but it’s a lot of people – too many to number. Jesus ‘SEES’ them. He doesn’t ‘use the crowds to increase His base of support,’ or ‘play to the crowds to win their support’ or improve His popularity.

“He SAW the crowds…” This is the same ‘SEEING’ that we read in Genesis 1 when “God SAW all that He created…” and on which He pronounces His ‘VERY GOOD.’ The same One who ‘saw all that He had made” in the beginning ‘SAW’ the crowds. And His verdict is that it is NOT VERY GOOD.

When He ‘SAW’ the crowds, He ‘SAW’ the people WHOM HE CREATED, “harassed and helpless.” And He compares them to “sheep without a shepherd.” And the emotion that this produces in Him is neither disgust nor despair or regret but “compassion.” Matthew is giving us here an incredible look into the VERY HEART of Jesus Christ, our Lord. His response to the “harassed and helpless” is “compassion.”

One of the great themes that run through the Old Testament is the COMPASSION that God has for the lowly and the afflicted.

The prophet Isaiah is pointing to Jesus as he PROCLAIMS THE GOOD NEWS saying, “Sing for joy, O heavens, and exult, O earth; break forth, O mountains, into singing! For the LORD has comforted his people and will have COMPASSION ON HIS AFFLICTED.” (Is. 49:13)

Now, here in Jesus, we see this PROMISE of God being fulfilled. “When He saw the crowds, He had compassion on them for they were harassed and helpless…”

The vocabulary here is rich and raw. “HARASSED” AND “HELPLESS” is the language of ‘victimization’ and ‘abuse.’ Literally, the words describe the ‘weariness of being harassed’ and the ‘dejection of having been cast off or thrown away.’

Speaking of being ‘cast off’, that word ‘helpless’ is actually one of the words used for the Roman practice of ‘abandoning infants’ who are unwanted – what we would call ‘abortion.’

There are outside forces at work that have HARASSED these ‘crowds’ – against which forces THE VICTIMS are as ‘helpless’ as ‘SHEEP WITHOUT A SHEPHERD.’ These are they whom the Father in heaven SAW, and in His LOVE and COMPASSION for them, sent His only Son into the world. And the Son comes down from heaven to rescue and deliver them from evil, and give them relief and to take them in, because they cannot deliver themselves.

And so as we begin this ‘season of Pentecost’ and follow our Lord in His ministry of ‘teaching,’ ‘proclaiming’ and ‘healing,’ we realize that He is not conducting His ministry on NEUTRAL TERRITORY. He has come into A HOSTILE WORLD.

Matthew has already shown us that at His birth when HEROD TRIED TO KILL HIM. And then again, after His baptism He is TEMPTED BY THE DEVIL in the wilderness.

There is an evil one at work in the world who harasses and bullies and kills and who leaves broken and dejected lives strewn in uncountable crowds. Against which, these poor people are as helpless as sheep without a shepherd.

WHICH IS NOT TO SAY THAT THEY ARE INNOCENT.

The bully from hell enslaves and uses others to do his dirty work. And all too often, it’s these same ‘harassed and helpless’ souls, all too willing to cooperate – who themselves, harass and bully and cast off others who are weaker than they. So even these crowds are BOTH VICTIM AND VICTIMIZER. And the line between good and evil runs right down the middle of each one of them.

It shouldn’t be too hard for us to find ourselves somewhere in those CROWDS.

In His COMPASSION, Jesus has come to rescue and deliver them – and us. He alone has the power to fight against this bully from hell on their behalf – and ours. He will engage the enemy by becoming THE HARRASED AND HELPLESS ONE who COULD but WILL NOT HELP HIMSELF.

He will be like a sheep without a shepherd. But He will not be influenced or used by this BULLY. He will remain true to who He is and what He has come to do.

In His weakness, He becomes one of us and takes our place before the EVIL ONE who harasses us and with whom we too have willingly cooperated far too often. But in His weakness, He will carry out all of the THREATS and PROMISES of God.