Posted on July 10, 2017 by Lutheran Church of the Resurrection

Our Pentecost season journey began a month ago at Matthew’s 10th chapter. And after leading us on a methodical, three-week tour of Matthew 10, our lectionary suddenly jumps clear over a big chunk of the 11th chapter and lands us on the last five verses. 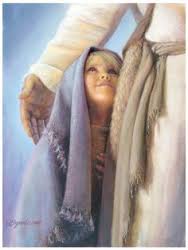 But context is everything. And so I want to ask you to take out your bible and turn to Matthew 10 – page 815. Matthew has organized his gospel in such a way that it’s a steady progression of teaching about this thing we call the life of faith in Jesus Christ. Matthew is like ‘confirmation class’ for beginners and newbies to the faith. And no matter how long you’ve been a Christian, it’s always best to come to the holy scriptures and let the holy scriptures come to you like a ‘newbie.’ Or as Matthew records Jesus, “Truly, I say to you, unless you turn and become like children, you will never enter the kingdom of heaven.” (Matthew 18:3)

So, let’s take a quick look again at Matthew 10:5: “then Jesus sent them out instructing them…” He sends them out first of all to PROCLAIM that the “Kingdom of heaven is at hand…” And to back that up, He gives them His authority to “heal the sick, raise the dead, cleanse lepers, and cast out demons.”

And He INSTRUCTS them that not everyone will receive them like LITTLE CHILDREN. In fact, most will not.

And now we read, “he went on from there to teach and preach in their cities.” Now Jesus Himself begins to travel and teach and preach. And what follows is a series of examples of how NOT TO the KINGDOM OF GOD when it comes to you.

John the Baptist has sent some of his disciples to Jesus to ask Him if He’s the real thing. Verse 3, “are you the one to come or shall we expect another.”

And Jesus sends them back to tell John the things that are happening – which is just what He sent the 12 out to do. Vs.4 – “Go and tell John what you hear and see. The blind receive their sight and the lame walk, lepers are cleansed and the deaf hear, and the dead are raised up, and the poor have the good news preached to them. And blessed is everyone who is not offended because of me.”

And then Jesus scolds the crowds for rejecting John the Baptist and not heeding his call to repent and be baptized. He wasn’t IMPRESSIVE enough. He didn’t meet their EXPECTATIONS. They didn’t LIKE what he had to say.

That sounds like big men and women want to “enter the kingdom of heaven” on their own terms and who get pretty upset when told that they need to REPENT. “Who are you to say I’m not acceptable to God just the way I am? Who made you the judge and jury?” “The violent take it by force.”

Then in verses 20-24, Matthew shows us that it was the same story for entire cities such as Chorazin, Bethsaida and Capernaum – which happen to be the very CITIES that Jesus “traveled to” and spent so much time and did so many of His miracles. But the response was so disappointing.

They were impressed with His preaching and they lined up for His healing and miracles. But when it actually came to His call to REPENT – they wanted nothing to do with Him.

Jesus pronounces those ‘most dreaded words’ on these three cities because they were given so much opportunity to believe and yet refused. “Woe to you Chorazin… Woe to you Bethsaida… 23 And you, Capernaum, will you be exalted to heaven? You will be brought down to Hades. For if the mighty works done in you had been done in Sodom, it would have remained until this day. 24 But I tell you that it will be more tolerable on the day of judgment for the land of Sodom than for you.”

This is certainly not to say that no one believed or that no one gave up on themselves and pinned all their hope on Jesus. But most thought it was a far too dangerous or unreasonable thing to do.

Whatever the reason for the rejection was, Jesus’ message does not seem to be working. He’s met with far more REJECTION than ACCEPTANCE, far more OBJECTION than SUBMISSION. Far too little “TURNING and becoming like a child…”

The point is, things were not going well for the “Jesus movement” – at least not according to our criteria of SUCCESSFUL. And maybe the disciples are beginning to wonder and have some doubts. And maybe we’ve had similar doubts ourselves. Maybe we need to ‘jazz it up’ a bit or ‘lighten up on the sin talk’ just to get people in the door. Then we can give them the real stuff.

And this brings us to our assigned stop in Matthew’s 11th chapter.

First, we listen in on Jesus’ prayer to the Father. Verse 25-26 “At that time Jesus declared, “I thank you, Father, Lord of heaven and earth, that you have hidden these things from the wise and understanding and revealed them to little children; 26 yes, Father, for such was your gracious will.”

The Father is in complete charge of “HEAVEN AND EARTH.” And He is carrying out His perfect plan for the salvation of His creation perfectly through His Son, Jesus Christ. But God’s ways are not our ways and His thoughts are not our thoughts. And the ‘wise and the understanding’ who think they’ve got God all figured out and under control – have actually got it all wrong.

But those who, like ‘little children’ SIMPLY TRUST IN HIS WORD as “dear children trust in their dear father…” because they know that He loves them – they get it. When Dad says, ‘we’re going on a trip, get in the car,’ they don’t know where they’re going or how long they’ll be gone. They only know that Dad is driving, and that’s enough for them.

“Yes, Father, for such was your gracious will.” It’s the Father’s GRACIOUS WILL that we should trust and believe and follow Him – solely by faith – like little children.

One of the things that the ‘wise and understanding’ always seem to have a really hard time swallowing is that Jesus is ONE with the Father. As Jesus says to Philipp, “Whoever has seen me has seen the Father.” (John 14:9)

The “wise and understanding” call this kind of talk – ‘blasphemous,’ and eventually become Mormons.

But “little children” have no trouble with this.

So, it’s really to all of the ‘wise and understanding’ fools who reject Him that Jesus extends this incredibly gracious invitation – “Come to me, all who labor and are heavy laden, and I will give you rest.

Who are those “who labor and are heavy laden,” but those who are searching for “rest for their soul” even while rejecting the One who alone can give them the TRUE REST they’re seeking. They ‘labor and are heavy laden’ with their guilt and regrets
• for a PAST that they so wish they could do over again;
• or a PRESENT in which they feel utterly trapped
• or a FUTURE in which there appears to be no hope.

And all the time Jesus Christ is right there, pleading with us – come to me – REPENT AND BELIEVE – “How often I have longed to gather you as a hen gathers her chicks…” but you would not – because you’re too WISE for such FOOLISHNESS. Too PROUD for such LOWLINESS. Too SELF-CONFIDENT for such HUMILITY.

Let that little word ALL stand out. “Come to me, ALL who labor and are heavy laden, and I will give you rest.” The relief you’re seeking for is right in front of your ears.

“Take my yoke upon you, and learn from me, for I am gentle and lowly in heart, and you will find rest for your souls. For my yoke is easy, and my burden is light.”

His YOKE of course is His plea to TRUST ME. WALK WITH ME. FOLLOW ME. “Learn from me…” He says. He is inviting you to be His disciple. Even as He “instructed them…” He is “instructing” you.

“Learning” comes first from watching and then by doing. WATCH how He humbles Himself in complete and perfect trust in His Father, never doubting that the Father loves Him perfectly – and takes up His cross.

It may sound COUNTER-PRODUCTIVE for Jesus to offer you REST by telling you to “take His yoke upon you.” But His YOKE is not like the one that you are carrying. His is “light and easy” – which is really no YOKE at all. With HIS YOKE, it’s Him who does all the heavy lifting.

God hides the mysteries of the “kingdom of heaven” from the “wise and understanding” under these “gentle and lowly” means of grace. He “reveals them to little children” who shame the wise understanding by finding His incomparable REST FOR THEIR SOUL in them.

We’ll spend our whole life “learning from Him” – always engaged in what Paul calls, that “war” that goes on in our “inner being” between the WISE AND UNDERSTANDING adult in us and the naïve and trusting LITTLE CHILD in us. The one always trying to put on that YOKE OF SLAVERY again. The other always striving to LIVE BY FAITH in Jesus.

At times we will wonder if this could really be the way to go and wonder saying, “who will deliver me from this body of death?” But then we hear our gracious invitation “come to Me and I will give you rest…” And we sing, “Thanks be to God, through Jesus Christ our Lord!”