Posted on July 30, 2018 by Lutheran Church of the Resurrection 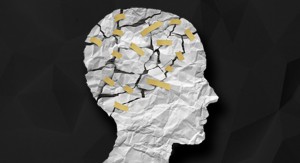 “Post-Traumatic Stress Disorder” is a term that we’ve become familiar with as we learn more about the effects that ‘TRAUMA’ can have on a person. Those who serve or have served in the military are particularly vulnerable to PTSD because of the TRAUMATIC things they have seen and experienced – and ‘trauma’ has its effects.

But you don’t have to be in the military to experience TRAUMA. It happens in lots of ways – sexual abuse, emotional abuse, bullying, personal tragedies. I recently read a little bit about the post-traumatic effects that ‘burn victims’ typically deal with. Something as simple as being near when someone who strikes a match to light a candle can set off all kinds of bad thoughts and reactions.

Natural disasters are also packed with potential for creating post-traumatic stress. Just think of those who are trapped in collapsed building caused by an earthquake or swept away in a tsunami. I’ll quote from one web-site, “The emotional response to any trauma – is intense fear, horror, and helplessness to affect the outcome.” (https://www.phoenix-society.org/resources/entry/psychological-and-emotional-impact)

I don’t think that we think much about Noah and his family and what it must have been like for them to experience the worst natural disaster the world has ever known. In fact, it was a ‘super-natural’ disaster.

God tried to prepare Noah and his family for what was coming by telling Noah ahead of time about the totality of the death and destruction that he would witness. Before it began to rain however, God assured Noah that he and his family would survive. “I will establish my covenant with you…” (future tense) (Gen. 6:18).

But you know how it is. We never believe that it’ll really be as bad as God says it will. What actually happened was far beyond anyone’s worse nightmares.

This time I’ll quote from the Bible. “And the waters prevailed so mightily on the earth that all the high mountains under the whole heaven were covered. 20 The waters prevailed above the mountains, covering them fifteen cubits deep. 21 And all flesh died that moved on the earth, birds, livestock, beasts, all swarming creatures that swarm on the earth, AND ALL MANKIND. 22 Everything on the dry land in whose nostrils was the breath of life died. (Genesis 7:19-22)

What Noah and his family experienced made the ‘storm of the century’ seem like April showers that bring May flowers. Can we even begin to imagine what it must have been like to ride out this storm?

Every other flood the world has ever known is always called ‘a flood.’ But this flood is always called ‘THE flood.’ We dare not think about this as a ‘Carnival Cruise’ with some bad weather and an annoying infectious outbreak that meant that they didn’t have as much fun as they paid for. And what were we thinking when we decorated the baby’s room with ceiling borders of Noah’s ark peacefully bobbing along with that smiling giraffe looking out the roof of the ark?

WHAT NOAH AND HIS FAMILY EXPERIENCED WAS THE UNMITIGATED FURY OF THE WRATH OF GOD AGAINST THE SIN OF THE WORLD. For “the Lord saw that the wickedness of man was great in the earth, and that every intention of the thoughts of his heart was only evil continually… So the Lord said, ‘I will blot out man whom I have created from the face of the land, man and animals and creeping things and birds of the heavens, for I am sorry that I have made them.” (Genesis 6:5,7).

After the waters finally subsided, and Noah and his family stepped off the ark onto solid ground, (oh, what must that have been like for them?), and we read, “God blessed Noah and his sons and said to them, ‘Be fruitful and multiply and fill the earth.’” (Gen. 9:1).

But Noah’s ark did not land in the GARDEN of EDEN where God had first spoken those words to Adam and Eve in the beginning – “be fruitful and multiply and fill the earth.” What fear, what terrible images, what haunting thoughts, what ‘post-traumatic stress’ must have filled Noah and his family? Every time gentle breeze blew, every time a dark cloud drifted overhead, every sound of distant thunder, every sprinkle of rain, every THUNDER SHOWER… “The emotional response to any trauma – is intense fear, horror, and helplessness to affect the outcome.”

Later, we’ll read that Noah planted a vineyard and got drunk on the wine. And we’ll scratch our head and say, ‘how could he have done that?’ But we’ve learned a lot about PTSD and the effects of ‘trauma’ since then.

It is to His traumatized and beloved people that God comes with His tender mercy and comforting gospel. The covenant that He promised to make with Noah and his family after the flood subsided, He now confirms. “Then God said to Noah and to his sons with him, ‘Behold, I establish my covenant with you and your offspring after you, and with every living creature that is with you, the birds, the livestock, and every beast of the earth with you, as many as came out of the ark; it is for every beast of the earth.”

It’s important to understand the meaning of this word, ‘COVENANT’ – especially when it’s a ‘covenant’ that God makes. Don’t compare or confuse this with the ‘covenants’ we make with each other – as when two parties come to a mutual agreement with each other and each is bound to what they agree to do by the terms of the ‘covenant.’

When God makes a ‘covenant’ with us, it’s never an agreement worked out between two parties and ratified so as to hold the other party to the agreement. When God makes a COVENANT with man, it’s always A ONE-SIDED promise that is NOT MUTUAL. God binds Himself to His promise by means of a ‘Covenant.’

NOT that He needs to do this for Himself. But because of our weakness – because of our weak faith and our always doubting and never trusting – God binds Himself to His Promise by means of a ‘covenant.’ God is ‘bound’ to be faithful to His promise OR… He is unfaithful – in which case He is no longer GOD – because God cannot be unfaithful – especially not to Himself – let alone to you.

So even as God established His covenant with Noah, binding Himself to His own infallible Word, whatever comfort Noah had, whatever confidence in the Word and promises of God that Noah had, was never complete, never perfect. And whenever a dark cloud drifted across the sky, whenever rain began to fall, Noah was filled with fear and trembling, and he buried his face in his hands.
It’s like that for us too, isn’t it? God has revealed His good and gracious will to us in His infallible Word. And as long as things are going well, we are happy and content to be under His care. But when we suffer distress or trauma and the strangest things set off our ‘post-traumatic disorders,’ (and the devil knows just what they are) – how quickly our anxieties and fears and worries take over – as if God had never given us His Word and Promise OR that He FORGOTTEN.

But God knows us. And God knew Noah. And God loved Noah and his family and NOAH’S OFFSPRING FOREVER – which extends to you and me, right here, right now – even with all our ‘DISORDERS.’

In His mercy and grace, God gave Noah a VISIBLE, EARTHLY sign to back up His INVISIBLE Word and promise.

Now, whenever Noah saw the dark clouds, whenever he heard thunder and saw the lightening, and was tempted to bury his head in his hands in fear, he would LOOK UP and see the rainbow. And the RAINBOW would assure Noah, in heart and in mind, that God had not forgotten His ‘covenant.’ He REMEMBERS. And Noah’s heart would be ‘LIFTED UP.’

Now, in these last days, God has ESTABLISHED His NEW COVENANT with us – “No flood of my wrath against your sin will destroy you, for I will carry out the UNMITIGATED FURY OF MY WRATH AGAINST THE SIN OF THE WORLD upon My Beloved Son who will BEAR YOUR TRAUMA and restore order to your disordered life.”

Today, we have the precious Word and Promise of God given to us in the preaching of the gospel of Jesus Christ – crucified for our sins, raised for our justification, ascended into heaven where he ever intercedes for us, until He comes again to renew His creation in a way that THE FLOOD only pointed to.

And in His grace and mercy, knowing our weakness, He has attached two VISIBLE, EARTHLY signs to His INVISIBLE WORD – the ‘RAINBOWS’ of Holy Baptism and Holy Communion.

In the water of Holy Baptism, God has PERFECTLY accomplished what THE FLOOD of Noah only FORESHADOWED. In my THE FLOOD of holy baptism, the wrath of God was unleashed on your DISORDERED and sinful life and you perished. But through the same FLOOD, God delivered you even as He delivered righteous Noah and his family – “eight souls in all.”

So, when I experience the “the emotional response to any trauma –intense fear, horror, and helplessness to affect the outcome,” – of my wretched and sinful life and the various events and tragedies that happen, I make the sign of the cross over me – that sign that God gave me in my baptism – that reminds me that God REMEMBERS His COVENANT – and I am His dear child and He is my dear Father, and He loves me as a dear Father loves His dear child.

And when I experience the “the emotional response to any trauma – my wretched and sinful life chief among them, I come to the Table that He has prepared for me in the presence of my enemies – my own doubts and fears being chief among them – and He puts His very body into my hand under the sign of the bread, and puts His very blood to my lips under the sign of the wine, and I REMEMBER that He has NOT FORGOTTEN His covenant – and I “lift up my heart” and bury my face in His loving hands.