Posted on September 10, 2018 by Lutheran Church of the Resurrection

The text for our consideration is the first half of our gospel reading that begins, “And from there he arose and went away to the region of Tyre and Sidon. And he entered a house and did not want anyone to know, yet he could not be hidden.” 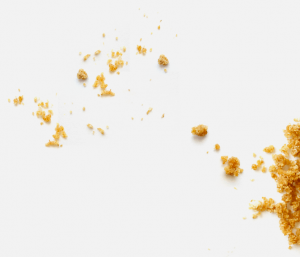 The thing you’ve got to know about “the region of Tyre and Sidon” is that this is NOT ISRAEL! This is Gentile country. And the thing you’ve got to know about the Gentiles, is that they’re NOT ISRAEL. They don’t have the Holy Scriptures. They’ve never been catechized or confirmed in the faith of Abraham and Moses and David. They’ve never heard the word of the Holy Prophets speaking their “thus says the Lord.” And maybe most significantly, they have no reason to expect that a Messiah, whatever that is, is coming to give life and salvation to “ALL NATIONS” – even the Gentiles.

So, if you want a break from your phone and e-mail and text messages and Facebook friends, the best thing you can do is go somewhere where there’s no cell reception. So, when Jesus wants to go somewhere to get a bit of a break from the constant press and demands on Him, He goes to Gentile country. “And from there he arose and went away to the region of Tyre and Sidon. And he entered a house and did not want anyone to know, YET HE COULD NOT BE HIDDEN.”

What seems quite clear here is that word about this Jesus of Nazareth is beginning to “leak out” from Israel into Gentile country. Just as they had done throughout their whole history, Israel wanted to keep word about their God from ‘leaking out’ from their borders into Gentile territory. But when the NEW ISRAEL comes onto the scene, (and Jesus Christ is the ‘new Israel’) word about Him ‘leaks out’ into ALL NATIONS, like the sieve that Israel was always supposed to be. And like the CHRISTIAN CHURCH today is meant to be.

Whichever the case may be, let’s let the Holy Spirit lead us into this house in the region of Tyre and Sidon and listen in on the incredible meeting that takes place.

“But immediately a woman whose little daughter had an unclean spirit heard of him and came and fell down at his feet. Now the woman was a Gentile, a Syrophoenician by birth.” “Syrophoenician by birth” means that she was originally from the region of Phoenicia in the country of Syria – which is Gentile country.

Here is a woman whose name we are never given. Unlike His disciples, she has spent no time with Jesus, listening to Him and learning about the Kingdom of Heaven from him. She has never witnessed any of the dramatic demonstrations of His power, nor seen any of the miracles He’s done. The point here is, this is not someone who has grown up in the church and been blessed with a faith formed by preaching and teaching and the divine liturgy. This is what Mark means by emphasizing that “the woman was a gentile.”

But somehow, we’re not told how, “she heard of him.” Word had ‘leaked out’ of Israel and had reached even this one woman. We’re not told WHAT she “heard of him.” But whatever it was, for her it was enough to come to where he was and “fall at his feet.”

Here is a woman who DOES NOT come to Jesus with what is called a ‘FORMED FAITH.’ In fact, Mark seems to want to go out of his way to tell us that it is, in fact, NOT HER FAITH that brings her to see Jesus.

How much different she is from the Scribes and the Pharisees who knew all the questions and had all the answers. When they came to Jesus it wasn’t for His help but TO PUT HIM TO THE TEST.

Here is a woman that every parent can easily identify with. Her child has a terrible problem that she can’t fix and it’s tearing her up. And in her DESPERATION, she comes to Jesus. “She fell down at his feet… and begged him to cast the demon out of her daughter.”

Whatever the ‘demon’ her daughter had was, we’re not told. But as we’ll see in just a moment, she doesn’t even bring her ‘little daughter’ with her. Maybe it’s ‘that bad.’ She must be hoping that Jesus will come to her house to help her daughter. She was “begging Him.” It’s not at all hard for us to picture the scene.

And here’s where the account takes a very unexpected turn. In response to her ‘begging’ on behalf of her little daughter, JESUS DENIES HER PETITION! “Let the children be fed first, for it is not right to take the children’s bread and throw it to the dogs.”

I wish it were not so and I wish there were a way to say this in a ‘nice way,’ but the truth is, this is really harsh. “The children” are the Jews –Israel – the “children of God,” who sit at the table of the Lord and eat the bread that comes from His hand to their mouth just as it did when He fed the 5,000 in the wilderness.

But she’s not one of them. She’s a ‘gentile’ – a dog. And Jesus says, “It is not right to take the children’s bread and throw it to the dogs.” He’s comparing the “children of Israel” to her “little child” who has an evil spirit.

There are a couple of accounts in the Gospels like this one, that we really wish Jesus had not said, or at least that the Evangelists had enough sense to leave out. In response to her plea, her begging, her prayer, Jesus replies by calling her a ‘dog.’

This is embarrassing. Jesus responds to this woman in exactly the OPPOSITE WAY as we expect Him to respond. We expect that He should answer this poor woman and give her what she asks. Because that’s what Jesus is supposed to do, ISN’T IT? We’re dumbfounded by His response to her prayer. And maybe even a bit irritated and upset with Him.

But here’s the thing. SHE ISN’T! This nameless, gentile woman is not like us. She doesn’t take the insult and indignantly storm out of the house like we would. She doesn’t say, ‘well if that’s what this Christian religion is like, you can keep it.”

Whether she gets Jesus’ analogy of “children” to Israel and “little dogs” to the Gentiles or not is pretty questionable. In fact, she probably doesn’t. But what she hears is what her mother had always taught her, which is, when you’re eating at the table, you don’t feed the dog. But if something happens to fall from the table, let the dog have it.

So she is perfectly willing to be the “little dog.” For just like the dogs, she would be glad for any crumbs that fall from Jesus’ table.

“But she answered him, ‘Yes, Lord…” ‘Yes, Lord…’ No embarrassment, no debate, no righteous indignation. She simply answers, “Yes, Lord…” Which is to say, “You’re entirely right about me. I have absolutely no claim on you. I am not appealing to you based on any merit or worthiness in me.”

And then, from her ‘begging’ position, she continues, “Yet…” And it is right here where we begin to see a faith being formed as only the Holy Spirit can form it. This nameless, gentile woman is expressing the faith of David, who even in the face of great opposition prays “Though an army encamp against me, my heart shall not fear; though war arise against me YET I will be confident.” (Psalm 27:3)

“Yet” means, despite all appearances to the contrary, I am going to continue to put my hope and trust in You, O Lord.

This is the faith of Job, who also does not get the answer that He prays for from his Lord but in fact seems to get only rejection. “Though he slay me, I will hope in Him. YET will I argue my ways to his face.” (Job 13:15).

“Yet” means, ‘this conversation is NOT OVER.’

Luther’s words here are simply too precious to pass up. He writes, “You say, the woman responds, that I am a dog. Let it be so, I will gladly be a dog; now give me the consideration that you give a dog. Thus she catches the Lord Christ with His own words. Yes, still more with the rights of a dog she gains the rights of a child. Now where will he go, the dear Jesus? He has let Himself be made captive, and must comply. But know this well, he loves to be caught in this way. This is what he most deeply desires.”

Luther continues, “If we only had the skill of this woman to catch God in His own judgment and say, ‘Yes Lord, it is true, I am a sinner and not worthy of Your grace. YET YOU HAVE PROMISED forgiveness and did not come to call the righteous, but sinners.”

How different from us this woman is. And what a wonderful example she is for us to learn from.

How easily are we offended when our Lord does not answer our prayers and petitions with the answer that we expect Him to give, but instead wants to strengthen our faith by His “NO”? How quickly do we become discouraged and dismayed when He delays longer than we think He should in giving us what we want? Maybe we’re just not as DESPARATE for our Lord’s help as we should be.

But here, in this nameless, gentile woman, we see our Lord shaping and forming a rich and living faith that comes to Him for His help, with no rights or entitlements or demands – but depends solely on the His grace and mercy – even so bold to trap Him in His own Gospel if we must – always knowing that He loves to be trapped by us like this.

“And Jesus said to her, ‘For this statement, you may go your way; the demon has left your daughter.” And she went home and found the child lying in bed and the demon gone.”

She would have been satisfied with the crumbs that fall from the children’s table. Instead, she got a banquet of life and salvation enough to satisfy for a lifetime and beyond.

How much more confidently then shall we,
to whom the Word of Christ has been ‘leaked,’
who are called “children of God”
come to the Lord’s Table
to receive the Kingdom of Heaven
in the little crumbs
that fall into our hands and into our mouths?