Posted on November 12, 2018 by Lutheran Church of the Resurrection

The text for our consideration today is our gospel reading from Mark 12. There are two distinct yet closely connected sections here. The first section reads, “And in his teaching he said, ‘Beware of the scribes, who like to walk around in long robes and like greetings in the marketplaces and have the best seats in the synagogues and the places of honor at feasts, who devour widows’ houses and for a pretense make long prayers. They will receive the greater condemnation.’” Mark 12:38–40 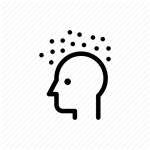 “Intoxication” is a dangerous condition to be in. There is a big difference between moderate drinking that knows its limits and drinking too much that goes over the limit and causes ‘intoxication.’ The same is true for drugs. We all breathe in carbon dioxide. But if we breathe in more carbon dioxide than the body can handle, it becomes ‘toxic’ and we become ‘intoxicated.’

Someone who is ‘intoxicated’ suffers from a loss of self-control. They are, as we say, ‘under the influence’ of some outside substance. And the more ‘intoxicated’ they are the more they are ‘influenced.’

When Jesus points to the Scribes, and says BEWARE OF THEM, He sees men who are ‘intoxicated.’ They’re intoxicated’ not by ‘OUTSIDE influences’ but by ‘INSIDE influences.’ They are ‘SELF-INTOXICATED.’ They are under the influence of ‘me, myself and I.’ They’re drunk on themselves.

And just like the ‘drunks’ that they are, they can’t get enough of what feeds their ‘intoxication.’ “Look at me.” “Honor me.” “Pay attention to me.” “Give me what is yours.” “Listen to me.” They’re under the influence of their own ego.

There is an old Latin phrase coined by Martin Luther to describe this condition of ‘self-intoxication.’ It is, “Incurvatus in se.” Literally, “curved in on self.” Picture a snake coiled up on itself.

This is the nature of what we call “ORIGINAL SIN.” That is, this is about what sin has done to our NATURE, our BEING. We do what we do because we are ‘by NATURE sinful and unclean.

This is the picture that portrays, not just the Scribes, but all mankind. We are by nature, “curved in on ourselves.”

Luther writes, “By the corruption of the FIRST SIN, our nature is so deeply curved in on itself that it bends the best gifts of God towards itself and uses them for promoting its own righteousness before God and boasting about its goodness to others. It fails to realize that it so WICKEDLY, CURVEDLY, AND VICIOUSLY seeks all things, even God, FOR ITS OWN SAKE.”

Luther is building on Augustine who proposed that “when man turns away from God, he turns to himself. He exchanges the love of God for love of self.”
We are like a spiral that winds tighter and tighter into itself, thinking, acting, talking only about himself.

This inborn condition manifests itself in so many ways, none of them good. It affects every thought we have and every motive within us. How often, in conversation with others, are we’re thinking, ‘how do I turn this conversation to me?’ And rather than ‘listening,’ we start ‘talking’ about ‘me, myself and I.’

This inborn ‘self-intoxication’ curves even the most good and noble aspirations into self-serving means.
• A loving and devoted family member hears of an elderly relative’s illness and realizes that his first thought is what he might stand to inherit if the relative dies.
• A devout Christian who is willing to sacrifice or even die for his faith thinks about how his heroism will be recognized and rewarded by God.
• We see the beautiful pictures a friend posts on Instagram and realize that our first thought is negative because they’ve got something I don’t and I feel envious and want what is theirs.

“The Pharisee, standing by himself, prayed thus: ‘God, I thank you that I am not like other men, extortioners, unjust, adulterers, or even like this tax collector. I fast twice a week; I give tithes of all that I get.’” (Luke 18:11–12) There is a man who is under the influence of original sin in that even the good that he does is for selfish gain.

And to be sure, it’s not just INDIVIDUALS who are ‘under the influence’ of this inborn condition. Christian congregations can be ‘incurvatus in se” – “Curved in on themselves.” Who isn’t glad to see new members join the congregation – it must mean we’re doing something right. We need more help paying the bills.

Think about it, how much of what we do, even in the name of ‘love’ isn’t infected with this parasite of ‘self-interest’? The prophet Jeremiah sums up the human condition saying, “The heart is deceitful above all things, and incurable; who can understand it?” (Jer. 17:9)

There is a dramatic shift in the tone and the focus of the second part of our Gospel reading for today.

“And he sat down opposite the treasury and watched the people putting money into the offering box. Many rich people put in large sums. And a poor widow came and put in two small copper coins, which make a penny. And he called his disciples to him and said to them, “Truly, I say to you, this poor widow has put in more than all those who are contributing to the offering box. For they all contributed out of their abundance, but she out of her poverty has put in everything she had, all she had to live on.” Mark 12:41–44

Jesus was seated on a bench in the Temple doing what we would call ‘people watching.’ He was in the section of the Temple called where the financial offering were collected. There were thirteen ‘offering boxes,’ each one was for a separate ‘dedicated fund’ – ‘building fund,’ ‘social ministry fund,’ ‘disaster relief fund,’ ‘mission fund,’ ‘pastor’s fishing trip fund”…

These ‘offering boxes’ were made of metal in the shape of horns with the bell of the horn facing up. Offerings were place into the ‘box’ and the size of the offering was obvious by the sound that it made.

From His perch, He watches people come into the temple with their offerings. And ‘many rich people put in large sums.’ It was impossible to calculate just how much they put in except that it made an impressive racket, and therefore had to be a “large sum.”

But then enters a woman who catches Jesus’ attention. She is a “poor widow,” a combination of two words that adds up to ‘desperate.’ And yet, she has brought an offering to the Temple. As she puts her offering into the ‘box,’ they hardly make a sound at all. It is clear that there are only two, small coins that together were valued at one cent.

This single woman stands in stark contrast to the “many rich people” AND to the Scribes. “Jesus called His disciples to Him.” He wants them to learn from this woman’s example. In a world that is intoxicated with itself – here is a person who is TRULY UNUSUAL AND RARE.

Maybe it’s the fact that there were ‘TWO COINS’ that went into the ‘box’ that is so striking to our Lord, because she certainly could have kept one for herself.

In His famous parable about a woman with 10 coins who loses one, she sweeps the house until she finds her one lost coin. We’ll, here’s a woman who only a 2 coins and she willing loses them both to the Lord. Granted, this poor widow is not perfect. But what a contrast to the Scribes she is. It is hard to detect any visible trace of ‘self-intoxication’ in this woman at all.

Jesus had told a “rich young man” to “go sell all that you have and give to the poor and you will have treasure in heaven.” But he couldn’t do it. He was ‘under the influence’ of his wealth and the status that comes from having wealth. But now here is a woman who DID what the “rich young man” couldn’t do. “She put in everything she had, all she had to live on.” Literally it’s, “she put in her whole life.”

For the “many rich people” who “put in their large sums” – it was all just ‘CHUMP CHANGE.’ It didn’t get come anywhere close to actually ‘affecting’ their lives let alone their standard of living. “They all contributed out of their abundance. BUT SHE, out of her poverty…” And for Jesus, these “two copper coins” from this “poor widow” amounts to “more than all those who contributed out of their abundance.”

He “called His disciples to Him…” They need to understand that this is what life in the Kingdom of Heaven looks like.

In Jesus Christ, we see the image that we were created in. His eyes are fixed on God His Father and on you, His neighbor. He and He alone is free to love God with all His heart and His neighbor as Himself because there is no pride or selfishness or greed in Him. He is free to spend all that He has on you, because He knows that He has all that He needs from His Father.

Unlike the Scribes who were so full of themselves, “He emptied Himself.” “Though He was rich, yet for your sake He became poor so that you. Through His poverty you have become rich.” He who is “exalted” by the angels, archangels and all the company of heaven, “humbled Himself and became nothing” for you.

It is as we RENOUNCE our ‘intoxication’ with ourselves
• and CONFESS our every impulse in us that wants to make everything about ‘me,’ and REPENT
• and receive God’s full and complete forgiveness
• that we are able to stand up straight
• and lift up our eyes and look to God who gives us all that we need
• and to our neighbor who whom we love more than ourselves,
• that we begin to look a lot more like the people God created us to be
• and that we are TRULY UNUSUAL AND RARE in this world.

Jesus is the image of God made flesh, dwelling among us – and as such, Jesus is what we were all made to look like. And by the grace of God, through faith in Him, we will look like Him. One day we will wake up from this intoxication that we were born in with a clear head and a straight spine and our ORIGINAL SIN completely replaced by our ORIGINAL RIGHTEOUSNESS. And our eyes will be fixed on Jesus. And we will be like Him. And we will receive the GREATER SALVATION.