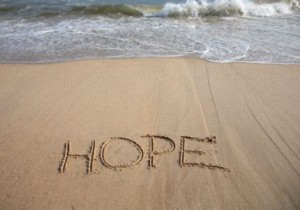 The text for our consideration today is the Gospel reading from Mark’s gospel, the 13th chapter. Jesus has been in the Temple watching people putting their offerings into the offering box. He saw many rich people put in large sums. And He wasn’t much impressed at all, because they all put in out of their abundance. What impressed Jesus was a poor widow who put in two, small copper coins valued at a penny. This lowly, impoverished woman impressed our Lord because of her faith which moved her to “put in everything she had, all she had to live on.”

So, did they get it? Have they learned to see as Jesus sees?

“As Jesus came out of the temple, one of his disciples said to him, ‘Look, Teacher, what wonderful stones and what wonderful buildings.’ They are still blind. They’re still impressed by the impressive. They see the presence of God’s power and might in the big, the strong… the amazingly engineered, scientific, political and architectural wonders of the world.

Instead of ‘seeing’ what Jesus wants them to ‘see’ in the lowly, meek, poor widow, they want Jesus ‘see’ what they ‘see.’ “Look, Teacher, what wonderful stones and wonderful buildings.”

What ‘impresses’ you? Where do you see God’s presence and power and might on display? Where do you find at least some measure of comfort and even encouragement that God is surely at work in this world, guiding it along precisely according to the path that He has traced out for it from before the beginning? Is it in the great accomplishments of engineering, science, politics and architecture? Is it in full church parking lots and packed pews?

Or are you ‘impressed’ with what impresses our Lord – a humble faith that trusts in God to keep His word and promise to you no matter what the outward circumstances of your life might be – a faith that trusts in the “stone the builders rejected” rather than in the “wonderful stones”?

“And Jesus said to him, ‘Do you see these great buildings? There will not be left here one stone upon another that will not be thrown down.”

It’s not that our Lord has no appreciation for the things that these two-legged humans WHICH HE CREATED are able to do with the brain that HE GAVE THEM. But all of the WONDERFUL THINGS that man creates are always a tribute to the God who created man.

The real issue here is that we are so easily impressed with the WONDERFUL THINGS that we have made, that we make them the basis for our security and hope for the future. Which is ‘idolatry.’ And what happens, not if, but when these things are “thrown down”?

With the faith that we have been given, we see things differently than they can be seen apart from faith. With the eyes of faith we behold the pathetic and despised Son of God hanging from a cross, but AS the sin of the world and FOR the sin of the world, and to this we say, “it is marvelous in our eyes.” (Ps. 118:11)

Here is a lesson that begs for more instruction. “As He sat on the Mount of Olives opposite the Temple, Peter and James and John and Andrew asked him privately, ‘Tell us, when will these things be, and what will be the sign when all these things are about to be accomplished?”

To their credit, they do not ask Jesus ‘how’ will these things be, as though they couldn’t possibly imagine that that such a thing could ever happen. They want to know ‘when.’ Maybe they’re wondering if Jesus is talking about the gradual deterioration that wears down all the things we make with our hands. How long will it take?

Jesus doesn’t answer their question as to ‘when.’ In fact, all of this would happen far quicker than they could ever have imagined – in just 40 years in fact. In the year 70AD, the Roman army would invade Jerusalem and destroy it – and not one stone would be left on another. Jesus Christ sees the future as though it were history – He is the Son of God.

Instead of focusing on ‘WHEN,’ He gives them a picture of the environmental, political and religious landscape in which they will find themselves. And it’s not a pretty picture.

And then, rather than saying, “and eventually things will settle down and you should expect 1000 years of peace and prosperity on earth,’ He says, “These are but the beginning of the birth pains.” These things are going to come quicker and quicker and become more and more severe.

All of these ‘SIGNS OF THE TIMES’ will apply to everyone, unbeliever AND BELIEVER alike. Believers are not exempt from any of this. They are mixed and mingled right along with everyone else in all this chaos and turmoil, this suffering and death.

But then He goes on and describes what His disciples are to expect and that DOES NOT apply to unbelievers. Speaking specifically about the 12 apostles, He says, “They will deliver you over to councils, and you will be beaten in synagogues, and you will stand before governors and kings for my sake, to bear witness before them” – their supreme witness being “martyrdom” for the name of Jesus Christ. “And you will be hated by all for my name’s sake.”

Dear believers, do you see what EXTRA DOSE of pain and suffering your beloved Lord has set aside just for you which the unbelieving world will NOT experience.

But it is just under such harsh conditions as these that Jesus says, “the gospel is to be proclaimed to all nations.” Beginning with the Apostles and continuing through time to us and beyond, are to “proclaim the gospel to all nations” during these tumultuous times. It is times like these that people are most open to hear a word of ‘good news’ that transcends the disappointments and disasters of life in a fallen and broken world.

All of this is in direct response to the disciples’ question about the destruction of the Temple in Jerusalem which, for us, has ALREADY been thrown down. And the 12 disciples have ALREADY suffered exactly what Jesus said they would suffer. And the day of Pentecost has ALREADY come and the “gospel has gone out to all nations.” And so, strictly speaking, none of this applies directly to us today.

But all of this applies to all believers at all times and in all places. For who is so blind that they cannot see how all of this describes our own day just as accurately as it did theirs?

In fact, the words of warning that our Lord gave to His disciples then are the same words that He would have us hear and heed today. “See that no one leads you astray.” “Be on your guard.” “He who endures to the end will be saved.”

If you’ve ever done any whitewater rafting, you know that before you head out there’s a time of instruction at the base camp. The guide rehearses several commands that you’ll need to know once you’re on the river such as ‘paddle left,’ ‘paddle right,’ ‘paddle ahead’ and ‘paddle back.’ Then there’s that one command that I learned the hard way that you better listen to and be prepared to obey. When the guide yells, ‘hold on,’ you grab hold of the rope in the middle of the raft and hold on – because you’re about to hit a set of class 4 or 5 rapids.

Jesus says, when you see these things take place ‘hold on.’
• Hold on to His Word and see that no one leads you astray.
• Hold on to your Baptism and “be on guard.”
• Hold onto His body and blood that you may “endure to the end and be saved.”

So, just what does this ‘holding on’ in these ‘last days’ look like.
• Is it merely a matter of ‘hunkering down’ like we do for the winter, just get through it until Spring finally comes again?
• Is it a sad and sorrowful resignation that believes that has no fun or knows no joy NOW and merely waits in misery for a greater joy later?

Of course not! That kind of hibernation for the sake of survival in this one, true faith is simply not necessary and demonstrates a weak faith.

Though we live in a crumbling and decomposing world, with lots of pain and sadness, our faith gives us a reason for genuine ‘hope’ for the future.
• We have ‘hope’ for the future that is not based on ‘beautiful buildings,’ or on the right politicians in office, or a scientific breakthrough, or peace and harmony among the nations of this world.
• We have ‘hope’ that is based on the infallible promise of a God who loves us and Who, in His love for us NOW, in the PRESENT, has already brought us into the Kingdom of Heaven – for where Jesus Christ is, there is heaven. And He lives in me and I live in Him.

Jesus is the Temple of God where all that the previous Temple merely foreshadowed is now perfectly accomplished.
• As God was present among His people in the Temple, Jesus is where God is present among us now.
• As men and women brought animal sacrifices to the Temple to atone for their sins, Jesus is the Lamb of God who has been sacrificed and atoned for the sin of the world – “once for all.” “For by a single offering, He has perfected for all time those who are being made holy.” (Heb. 10:14)

We live in this Temple that was “thrown down” but was raised again, never to be thrown down again. And therefore we live in these dangerous and turbulent times, without fear and with a deep and abiding ‘joy,’ which we dare not confuse with the shallowness of this worlds fixation on ‘happiness.’

Holding fast to His infallible Word, His promise poured out on us in our Baptism, His presence given to us in His Supper, we are free to be active and engaged in this world.
• We actively care for and encourage one another – even while so many live only for themselves.
• We count our blessings with thanksgiving – even while so many dwell on the failure of this world to meet their expectations.
• We pray to our Lord, for ourselves and for others, even for our enemies, knowing that our Lord hears us and answers us.
• We build beautiful buildings and find new cures and work for peace and cook great food and be the best teachers we can be – and in all of this, we proclaim the greatness of God who made man so WONDERFULLY.
In all of this active involvement in this dying world, we “the gospel is being proclaimed to all nations.”

Listen again to our epistle reading from Hebrews. “Let us hold fast the confession of our hope without wavering, for he who promised is faithful.”