Posted on March 4, 2019 by Lutheran Church of the Resurrection

“And Jesus said to all, ‘If anyone would come after me, let him deny himself and take up his cross daily and follow me. For whoever would save his life will lose it, but whoever loses his life for my sake will save it. (Luke 9:23-24) 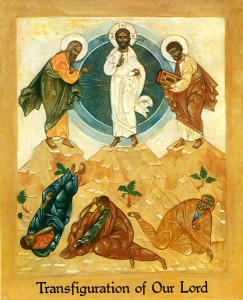 “Come follow me.” It’s the call to discipleship, of which Dietrich Bonhoeffer says, ‘when Jesus Christ calls a man to come follow Me, he calls him to come forth and die.’ ‘If anyone would come after me, let him deny himself and take up his cross daily…”

To follow Jesus means to go where He goes. And Jesus doesn’t always go where it’s safe and secure and where every day is another day of paradise on earth.

And before you answer that question, let me remind you that when He went in the dark and dirty and painful and lonely places to find His dear children who live there, it was you that He found. He brought you into His light and cleaned you like you’ve never been so clean and bore your pain and gave you His pledge, “I will be your best friend forever.” And He will not fail to keep every one of His promises to you because He cannot. And he cannot because He is God and God is faithful.

So, will you follow Him? Will you take up your cross and follow Him? For today He is calling you whom He brought out of darkness and into His marvelous light to leave everything behind, let go of it all for the sake of following Me. BECAUSE I WANT TO TAKE YOU SOMEWHERE THAT YOU’VE NEVER BEEN.’

What we say is, ‘Our forefather Moses said, ‘let me see your face.’ But you showed him your back because you said, ‘no one can see my face and live.’ What was good enough for Moses is good enough for us. Just show us your back and we’ll follow you.’

“Now about eight days after these sayings [Jesus] took with him Peter and John and James and went up on the mountain to pray. And as He was praying, the appearance of His face was altered, and his clothing became dazzling white.”

It wasn’t really what Jesus WAS DOING TO HIMSELF here as much as what HE STOPPED DOING TO HIMSELF. He stopped holding it in and covering it up – just for a minute, maybe even less than that. Because they couldn’t have survived much more than that.

It wasn’t a spotlight shining down on Him, but the light from within Him that shone out. Like water that gushes out from a spring, light was gushing out from Him who declares, “I am the light of the world,” until even His clothes were as bright as the sun, until you’d think that when they pierced His hands and feet, lightning bolts would leap out from within Him.

“And behold, two men were talking with him, Moses and Elijah, who appeared in glory and spoke of his departure which he was about to accomplish at Jerusalem.”

The word for “departure” in Greek, is “exodus.” “Ex” = ‘out.’ “Odos” = ‘way.” “The road out.” In the first “Exodus,” “the road out” of Egypt led right through the middle of the Red Sea. And Moses said to the people, ‘follow me’ and they said, ‘show us a sign.’ And Moses said, ‘watch this,’ and parted the Red Sea and showed them the “way out’ of their life in the dark and dirty and painful and lonely place where they lived. And they followed him.

“Now Peter and those who were with him were heavy with sleep.” Jesus had taken them up the mountain with Him and they fell asleep as He prayed. Later, He would take these same three to a Garden called Gethsemane to watch while He prayed. And they would fall asleep again. But there, they would awake to see Jesus’ face “altered” by His bloody sweat. Here, but when they became fully awake, they saw his glory and the two men who stood with him.”

Friends, listen to this very carefully. They fell asleep, and they awoke. And when they awoke, they saw the glory of God in the face of Jesus Christ, surrounded by the saints who had died but who are very much alive.

What else is this but a picture of the experience of everyone who dies in faith? We fall asleep in death. We awake in the presence of the glory of God and we see Jesus – ‘face to face’ and ‘as He is.’ His divinity no longer hidden under His humanity, or under the word or the water or the bread and wine, but fully revealed – not apart from humanity but shining through it.

This is what the Prophet Isaiah was talking about when he sang, “You who dwell in the dust, awake and sing for joy!” (Is. 26:19).

When Paul writes to the Ephesians, he quotes an old baptismal hymn, “Awake, O sleeper, and arise from the dead, and Christ will shine on you.” (Eph. 5:14).

“When they became fully awake, they saw His glory…” It’s like they awoke in heaven, which “has no need of sun or moon to shine on it, for the glory of God gives it light and its lamp is the Lamb… And there will be no night there.” And no darkness and no dirt and not pain and no more loneliness. (Rev. 21:23-24).

Isn’t this just what Jesus prayed for in His “High Priestly Prayer” after the Last Supper? “Now Father, glorify me in your own presence with the glory that I had with you before the world existed… Father, I desire that they also may be with me where I am, TO SEE MY GLORY. The glory that you have given me because you loved me before the foundation of the world.” (John 17:5,24).

The saints in heaven, those who died in faith, see Jesus in the fullness of His glory all the time – not just a momentary glimpse, but an eternity.

But for all the saints on earth, those who live by faith, FOR YOU AND ME, His glory remains hidden from us – hidden behind the veil of flesh and bones and Word and Sacrament.

“And as the men were parting from Him, Peter said to Jesus, ‘Master, it is good that we are here.’”

Listen, if those are the first words out of your mouth when you awake from death in the presence of Jesus and the WHOLE “CHURCH TRIUMPHANT,” you’ll be in great company. “Lord, it is good that we are here.” I can imagine every single believer who has ever died in the faith and awoke in heaven saying those same words.

Peter thought he died and went to heaven. And He didn’t want to leave. And who can blame him? But this is not the mountain where Jesus’ departure must be accomplished. He must go to another mountain for that called ‘Calvary.’

“As He was saying these things, a cloud came and overshadowed them…”

“Overshadowed” is the same word that Luke used to explain how Jesus was conceived in the virgin Mary. “The Holy Spirit shall come upon you and the power of the Most high shall OVERSHADOW you.” (Luke 1:35) And we can only wonder what was conceived in these three men on that mountain.

“And a voice came out of the cloud, saying, ‘This is my Son, my Chosen One, listen to Him!”

Once again, just as at His Baptism, the Trinity in unity is on display; the Father Son and Holy Spirit. Carried along by the Spirit, the Father points us to His Son, “my chosen one…”

Peter would later write to the church saying that “listening to Him” is ACTUALLY SUPERIOR to “seeing Him.” Peter writes, “When he received honor and glory from the Father, and the voice was borne to him by the Majestic Glory, “This is my beloved Son, with whom I am well pleased,” we ourselves heard this very voice borne from heaven, for we were with him on the holy mountain. AND WE HAVE SOMETHING MORE SURE, the prophetic word, to which you will do well to pay attention as to a lamp shining in a dark place, until the day dawns and the morning star rises in your hearts.” (2 Peter 1:17-19)

Visions are rare and the only last so long. To try to make your journey through this life in search of visions to guide you, even like the one that Peter, James and John saw on the mountain, is not what we are directed by the Father to do.

Soon, there will be no glorious light, no company of heaven surrounding Him, no cloud voice from the Father testifying of Him. Only His Word.

“Listen to Him.” “Father, forgive them.” “Father, into your hands I commit my spirit.” In the darkness that covers the whole earth, not standing between Moses and Elijah but hanging from a cross between two thieves.

He is going into the darkness, into the dirty, into the painful, into the lonely places to get you and bring you home. He is “fulfilling His departure in Jerusalem” that you may depart in peace.

It is to this that He invites you. “Come, follow Me.”