Posted on May 5, 2019 by Lutheran Church of the Resurrection 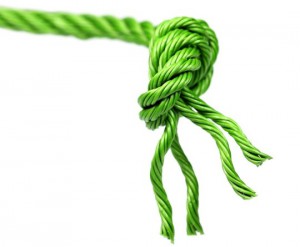 John’s gospel is a bit like some of those movies based on actual history where, after the movie is over and the credits are rolling, the story continues. Actual photos of the people and the places that were portrayed in the movie come onto the screen and some biographical information about what they went on to do with their life appears.

John concluded his gospel at the end of chapter 20. Easter happened, “Christ is risen! He is risen indeed, alleluia.” There’s a loose end that needs to be tied up with one of the Apostles. Thomas’ doubts will not allow him to believe and that needs to be dealt with.

When Jesus shows up again and gives Thomas the proof he demanded, and Thomas declares, “my Lord and my God,” it’s ‘end of the story.’ “Now Jesus did many other signs in the presence of the disciples, which are not written in this book; but these are written so that you may believe that Jesus is the Christ, the Son of God, and that by believing you may have life in his name.” (John 20:30-31)

And so, even as the ‘credits’ are rolling in the background, a new scene begins. Its pitch dark and there’s the sound of water gently splashing up against a boat that is gently rocking on the sea. The faintest signs of light just begin to appear over the horizon announcing as in a whisper, that the night is almost over.

Just barely can we make out that there are men in the boat – seven of them – about 100 yards from shore. It’s very quiet. They’ve been fishing all night but caught nothing. It happens.

In the deep gray of the early morning, they can just barely make out that there’s someone on the shore. They pay little or no attention to him. But then He calls out to them. ‘Children, do you have any fish?” And His voice carries across the water as though he was only a few feet from them. How often they’d been asked, ‘how’s the fishing?’ They answer, “No.”

Nine time out of ten that’s the end of these kinds of “conversations” if you can call them that. But this one doesn’t end so easily. He says, “Cast the net on the right side of the boat and you will find some.”

They look at each other. “Yea, right. As though there’s really a difference when it comes to fishing.” But they do.

And no sooner does the net hit the water than it fills with fish. And suddenly, the others jump up from where they had been sitting, napping, sleeping, and start grabbing hold of it to get it under control, and it’s loud and active and even a bit chaotic.

And as they get control of it and work it in to the boat, they realize that there are so many fish in this net that they are not going to be able to actually lift it up and into the boat.

And it suddenly dawns on one of them that there is something very familiar about this. He remembers a time when they had caught nothing all night and Jesus got into the boat and after teaching the people told them to put out into the deep for a catch. And when they did they caught such a large number of fish that when they tried to get the net into the boat it began to tear.

And some of them must have said, ‘don’t try to lift it into the boat. It’ll tear.’ But one of them was thinking something so much different. Turning to Simon Peter in particular, he said, “it is the Lord.”

The last time this had happened, Jesus was actually in the boat with them, and Peter reacted in the strangest way imaginable. Rather than being overjoyed by the incredible catch of fish, Peter was so frightened of Jesus and being this close to Him, that he ordered, he didn’t ask, he ORDERED Jesus, “depart from me Lord, for I am a sinful man.”

They’re in a fishing boat on the sea, and whether it was 10 yards or 100 yards offshore, Peter ORDERS Jesus, “depart from me.” Think about it. Peter wants Jesus to ‘jump in the lake.’ “What a stupid thing to say Peter.”

But as strange as Peter’s response to Jesus was, Jesus’ response to Peter is even stranger. “And Jesus said to Simon, ‘Do not be afraid; from now on you will be catching men.” As if to say, “the fear of the Lord is the beginning of wisdom.” (Ps. 111:10) “This is the kind of wisdom that my disciples must have.”

Now, as this ‘deja-vu’ moment plays out in Peter’s head, he lets go of the net that the others are all struggling with, and turns to face the man on the shore. And putting on his ‘outer garment’ he “threw himself into the sea.”

And there’s splashing and shouting and commands being given. “Don’t try to pull the net into the boat or it’ll tear. Just drag it alongside the boat. Thomas, Nathanael, row us to shore.” And Peter is swimming either with the boat or ahead of the boat.

And when they get to the shore and pull the boat and the net full of fish onto the beach, the man has got a fire going and there’s already ‘fish laid out on it and bread.”

And it’s ‘deja vu’ on top of ‘deja vu.’ ‘Fish and bread’ to feed them. There was that time when Jesus had taken the five loaves and the two fish and fed the five-thousand. And later, He took seven loaves and a few small fish and fed the four thousand. Now He says, “bring some of the fish that you have caught.”

And not waiting for the others to respond, Peter jumps into the boat and hauls the net full of fish onto the shore, singlehandedly it seems. And the camera zeros in on the net that had been bulging at the seams. “And although there were so may [fish], the net was not torn.”

There are no ‘loose ends’ to this net. It is able to hold as may fish as it will catch… and there will never be ‘too many.’ It can always hold more.

And as He takes the bread and hands it to them “and so with the fish,” “none of them dared to ask Him, ‘who are you?’ Because the hands that stirred the coals and took the food and gave it to them to eat, had in them the mark of one who had been crucified.

His time of humiliation is over. But His time of ‘humility’ is not. The story that He Himself declared, “it is finished,” is not over. The ‘risen Lord’ continues to be the ‘servant of the Lord’ who comes to His people so that they may come to Him ‘eat.’ And in the ‘eating,’ that they may see His wounds which speak a peace and a welcome to sinners who still have lots of loose ends.

One sinner in particular with lots of loose ends is Peter. Like Thomas, Peter was full of bluster and bravado about how brave he was and how, in his great love for Jesus, was willing to stand by His side even to death.

And now Jesus has come to where Peter is. Jesus has found Peter where Peter is – not only on the Sea of Tiberias, fishing in futility, but also in a sea of guilt, drowning in regret and shame. He’s come to tie up this loose end.

When they had finished breakfast, Jesus singles Peter out in the presence of the other four, and three times asks him, ‘Peter, do you love me…” And three times, Peter is given the chance to say ‘yes Lord. You know that I love you.’

How many times since that night outside of the High Priest’s house do you think Peter longed to say those words to the one whom he loves yet denied? It’s not too hard to ‘get over’ a denial of one whom you don’t really care much about or care much whether or not they accept you. But the guilt of being unfaithful to one whom you love, and love above all things, is a guilt that will cripple a relationship until it is resolved.

And there is Jesus. Humbly asking “Do you love me?” What a gracious question to ask sinners like us that is. It’s a question that is so full with forgiveness and acceptance that you’d swear the net that holds back the tears is going to tear.

Forgiveness and acceptance that restores the relationship with the one who we love. Forgiveness and restoration that is so closely and intimately connected with the meal that He has prepared and invites us to come and eat.

The same John who was in that boat and who wrote this gospel will also say, “Beloved, this is love, not that we have loved God but that he loved us and sent his Son to be the forgiveness for our sins.” (1John 4:10)

Brothers and sisters in Christ, the Holy Spirit has caught us in His net and brought us to our crucified and risen Lord to eat the meal that He has prepared for us. Here, forgiveness is given and here, the relationship is restored.

This is a movie that is based on actual history. And even though it is finished, it will continue to run until the very last child of God is caught and brought to the shore, and every single loose end is tied up forever.