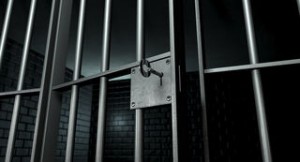 For John, repentance begins with “confession”. “Confession” is a legal word. Policemen and lawyers and judges are interested in getting a ‘confession’ from someone they strongly suspect committed the crime. Sometimes, all they get is ‘denial.’ Sometimes they get a ‘confession’ packed into a whole bunch of reasons and excuses – which I suppose, is supposed to move the judge to go easier on them.

But “confession,” pure ‘confession’ that is, simply says, “guilty as charged. I deserve whatever the punishment might be.”

So, last Sunday we probably missed the most startling thing in the entire reading. In response to John’s preaching, ‘repent!’…“Then Jerusalem and all Judea and all the region about the Jordan were going out to him, and they were baptized by him in the river Jordan, CONFESSING THEIR SINS.” (Matthew 3:2,5,6).

How do you like that? While everyone else is trying to grow the church by preaching a message that basically says ‘you have nothing to confess,’ ‘you should feel good about yourself just the way you are,’ and the churches are closing – John preaches – “Repent” and great crowds travel great distances to go to a church that’s in a pretty unpleasant place.

So you’ve got to wonder, what was it about John’s message that seemed to appeal to so many people? I know that times have changed – but people really haven’t. The discovery of electricity and the atom and the internet haven’t changed us as much as we think. And God hasn’t changed either. And so their situation before God was no different than ours. And so whatever it was about John’s preaching that appealed to them applies equally to us.

I think that the appeal is this. As surprising as this may sound, there is something about the call to “Repent” that is DEEPLY RELIEVING and even JOYOUS. To hear the preacher give us, not just THE COMMAND, but THE PERMISSION to admit that my thoughts are not God’s thoughts, and that my ways are not God’s ways – and that it’s not only WISE – but it is SAFE for me to CONFESS this – what a relief. There is real JOY in that!

For those who have grown weary of fighting that inner battle that is always asking the question, “did God really say…” only to hear that it’s OKAY to simply let His Word take every thought of mine CAPTIVE – what a RELIEF. What JOY, what REST there is in that!

To hear that God is not like the judge or lawyer or policeman who offer to give you a lighter sentence if only you will confess – but that in Baptism, He completely and totally forgives you all of your sins and declares you to be innocent… well, no wonder then that “Jerusalem and all Judea and all the region about the Jordan were going out to him, and they were baptized by him in the river Jordan, CONFESSING THEIR SINS.”

Now today, the scenery is drastically different than it was just last Sunday. Not everyone hears to John’s call to “repent” as ‘good news.’ The call to ‘repent’ always has specific application to each and every individual who hears it. My sins are not your sins nor are your sins mine.

John’s call to ‘repent’ reached all the way the highest levels of the government. King Herod had taken his brother’s wife to be his own, and John said, ‘repent of your adultery.’ But rather than ‘repenting,’ Herod had John locked up. (Can you imagine that!) And so today, it is from a different kind of wilderness – a prison – that we hear from John the Baptist.

“Now when John heard in prison about the deeds of the Christ, he sent word by his disciples and said to him, ‘Are you the one who is to come, or shall we look for another?”

There’s been a lot of ink spilled about what motived John to ask this question. Did he ask it solely for the sake of his disciples whom he sends to Jesus so that they might know that Jesus is the One. Is this all a part of his “He must increase but I must decrease” strategy for preparing the way for the Lord? (John 3:30) Because after all, John, being the “greatest in the kingdom of heaven” could not possibly have had any doubts about Jesus.

Or did John ask his question because he did have his doubts. John had preached that when the Messiah came, He’d have the winnowing fork of judgment in His hand, ready to sort the believing from the unbelieving. He’d come with his axe to take the final swing at the dead root of Israel. John baptized with water, but the coming One would baptize with fire and the Holy Spirit.

But when Jesus came, He came so humbly and gently. He insisted on being baptized by John in solidarity with sinners. He healed diseases, liberated people from their demons. He proclaimed that the kingdom of heaven had come – not in POWER but in MEEKNESS. And so John wants to know, “Are you the one who is to come, or shall we look for another?”

So, I want you to know that it’s not our intention to take the time we have here to try to prove one position over the other because I’m not sure there’s much value for us in that except to say that John wants his disciples to believe that Jesus is the One and therefore you should too. Or to say that if John had his doubts about Jesus, then I suppose it’s okay for us to have ours too.

For John, this is the only question that really matters. And the answer that his disciples will bring back to him is the answer that will ultimately determine for John whether or not it is safe for him to let go of all of his doubts and fears and his wrestling with God and His thoughts and His ways – and simply put His trust in Jesus – surrendering his entire being into His care. No other answer to any other question matters to John but this one. “Are you the one who is to come, or shall we look for another?”

And it’s like that for us too – because we all have prison cells and dungeons in which we feel as if we have been held unfairly and maybe even against our will.

For all those who are in prison cells with bars that are made of steel and can be seen, there are countless more who are in prison cells with bars that cannot be seen, and yet are just as strong as steel. John’s prison is named for the king who put him there: Herod. But ours are named by what put us there as well: fear, worry, anger, loneliness, addiction, jealousy, hatred, prejudice. The bars are strong. And try as you may, you cannot set yourself free.

And if I haven’t identified your prison cell yet, let’s try this one, because this prison cell will hold us all – your grave.

No matter the dungeon, no matter the prison that holds you under lock and key, the only question that the faithful beg to be answered is this, “Are you the one who is to come, or shall we look for another?” Because if Jesus is who He says He is, then I may be at peace – even from within my prison cell. If Jesus is whom Moses and of the prophets said the Messiah would be – then I may even be a witness to others, even from within my prison cell.

“Jesus answere, “Go and tell John what you hear and see: the blind receive their sight and the lame walk, lepers are cleansed and the deaf hear, and the dead are raised up and the poor have good news preached to them. And blessed is the one who is not offended by me.”

Beloved, Jesus is who He said He is. And He is the One to whom Moses and all the prophets spoke about, who would come into this world to set the whole world free of everything that keeps it in bondage.

And we have EVEN MORE REASON to ‘take heart’ in our imprisonment than did John the Baptist in his. For we have EVEN MORE PROOF that Jesus is the One than John had. For the same Jesus who was imprisoned – and who did not pray that God would set Him free – but only that God’s will would be done, was crucified, died and buried.

But precisely because He is whom the entire Scriptures say He is, His grave could not hold him even as your grave will not be able to hold you. Set free from the tomb; He ascended into heaven.

And He has sent the Holy Spirit into Whom we were baptized for the forgiveness of all of our sin. And for us, He instituted the Holy Supper by which He comes into our dungeons and prison cells with His very body and blood to assure us that He is with us and it’s going to okay.

This is where our Epistle reading from James fits perfectly. “Be patient, therefore, brothers until the coming of the Lord… Behold, we consider those blessed who remain steadfast…” (James 5:7,11)

Irregardless of the prison which might hold us, the most important question to ask is not the one that we hear being asked so often in our day – ‘how shall I get free…” “How shall I get free of this hospital bed or this wheel chair or this nursing home or this marriage or this body?” The critical question we ask is John’s: “Are you the one who is to come or shall we expect another?”

It is the answer to this question that ALONE has the power to set us free to live at peace even from within these prison cells and behind these bars, bearing witness to the One who will come again and set us free forever.