Posted on December 8, 2019 by Lutheran Church of the Resurrection 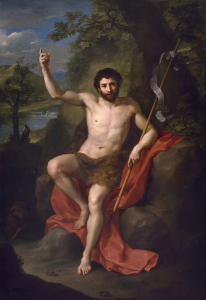 When WWI was finally over in 1918, President Woodrow Wilson declared that the time had come to establish, in his words, “a new world order.” He proposed the
establishment of a League of Nations that would work together to maintain a safe and peaceful world, to the end that, the 1st World War would be the ‘war to end all wars.”

In 1940, an author named H.G. Wells wrote a book titled, “The New World Order” in which he laid out a picture of an ideal world in which there were no national boundaries, where world peace was maintained by a world governing body.

On September 11th, 1990, as the Cold War was nearing its end, President George H.W. Bush addressed a Joint Session of Congress to share his vision of a New World Order. He said, “A hundred generations have searched for this elusive path to peace, while a thousand wars raged across the span of human endeavor. Today that new world is struggling to be born, a world quite different from the one we’ve known”. Less than a year later, in 1991, as the Gulf War was launched, President Bush declared, “Now, we can see a new world coming into view. A world in which there is the very real prospect of a new world order. The Gulf war put this new world to its first test.”

Man’s attempts at establishing a New World Order can be traced all the back to the days of Noah when men and women set out to establish and safe and peaceful world in which to live by building a tower to heavens. And every generation since has had its own Babylonians, each with their own dreams and visions of what a New Order ought to look like and how it ought to be implemented – only to watch it crumble before their eyes.

But in our Old Testament reading, the prophet Isaiah points us to One who IS able to do just that – and who DOES establish a New World Order. He is the One whom every believer has been waiting for ever since God promised to send a Messiah to restore the whole creation to the perfectly safe and peaceful world that it was in the beginning.

And so everything that He does is as God Himself is ruling through Him. He operates with the “spirit of wisdom and understanding.” He sees things the way that they REALLY ARE – not the way their spun no matter how cleverly. And therefore His JUDGEMENT is always right. And His COUNSEL is always sound and everyone would do well to follow it. And whatever He says He will do, you can be sure He actually has the POWER to do and He will do it. (Can you imagine that!)
Here is a ruler whom you could trust is going to make the right decision solely because it’s the right decision and do the right thing solely because it’s the right thing – and not because it’s the political thing or the popular thing.

Second, based on His credentials, the prophet moves on to describe the PERFORMANCE we should expect from Him.
He shall not judge by what his eyes see,
or decide disputes by what his ears hear,
but with righteousness he shall judge the poor,
and decide with equity for the meek of the earth;
and he shall strike the earth with the rod of his mouth,
and with the breath of his lips he shall kill the wicked.
Righteousness shall be the belt of his waist, and faithfulness the belt of his loins.

For people like you and me who make ‘judgements’ all the time, and who can only ‘judge’ based on what we see and hear – which is never the whole story and is always terribly skewed by our presuppositions and prejudices, it is hard for us to comprehend what the prophet is saying here.

So unlike the experience of how judgements are made and justice is carried out, this One is not persuaded by outward appearances or false or misleading evidence. Because the Spirit of the Lord rests on Him, He’s able to see both the truth and the lie in utter clarity. Here is one who cannot be deceived. Despite the deceptive and misleading testimony, He is able to cut through all of it and every judgement is with “equity.”

”The wolf shall dwell with the lamb,
and the leopard shall lie down with the young goat,
and the calf and the lion and the fattened calf together;
and a little child shall lead them.
The cow and the bear shall graze;
their young shall lie down together;
and the lion shall eat straw like the ox.
The nursing child shall play over the hole of the cobra,
and the weaned child shall put his hand on the adder’s den.
They shall not hurt or destroy in all my holy mountain;
for the earth shall be full of the knowledge of the LORD as the waters cover the sea.”

This is a beautiful picture of a New World Order that the Prophet holds up to our eyes. The strong and the weak living side by side in perfect peace and safety. The strong no longer using his strength to devour the weak. The weak no longer living in fear of being taken advantage of or of being devoured by the strong. They shall not hurt or destroy in all my holy mountain.

The picture that the Prophet has painted is of a world in which all the evil has been stripped away and the whole creation – men and women, boys and girls, all the animals and all of nature – is working together in that perfect harmony that God created in the beginning and which He called “very good.”

Ever since Adam and Eve were expelled from the Garden of Eden, men and women have had an inner longing for a New World Order like the one that Isaiah has held before us. But after how many attempts to achieve it, each one falling far short, if not actually making things much worse, our expectations have been reduced to something more REALISTIC. Such is the extent of THE HOPE OF THIS WORLD.

But now today, just when we were prepared to settle for something FAR LESS than what the prophet Isaiah has shown us, another prophet wants our attention. His name is John and his remarkable message is, “the kingdom of heaven is at hand.”

The One whom Isaiah portrayed before our eyes and for whom we had lost all hope would ever actually come to establish His New World Order is ‘AT HAND.’ After centuries of waiting, and giving up, and taking matters into our own hands, and failing and making matters even worse, “THE TIME HAS FULLY COME.”

And for everyone who has their own deeply ingrained ideas about what the New World Order will be like, and what the One who will bring this New World Order to pass will be like and how He will do it – the message from John is – “IT is not going to be what you think – because your thoughts are not God’s thoughts. And HE is not going to be WHOM you expect – because your ways are not God’s ways.

But listen to me…, it is NOT ABSURD! But it is TRUE! Do not laugh or sneer or mock Him – but “repent.” For I am telling you, “the kingdom of heaven is at hand…” Because the One of whom Isaiah spoke is ‘at hand.’

And as “Jerusalem and all Judea and all the region about the Jordan were going out to John to be baptized by him in the Jordan, confessing their sin…” there in the distance, making His way to the Jordan, is One who will insist on being baptized by John. “And when Jesus was baptized… the heavens were opened to him, and he saw the Spirit of God descending… and coming to rest upon Him.” (Matt.3:16).

Beloved, the One whom Isaiah foretold would come to establish “the kingdom of heaven” – and whom John the Baptist proclaimed was “at hand” – has done it. By His incarnation and His cross and His resurrection on the 3rd day HE HAD DONE IT! He has made “all things new,” a “new heaven and a new earth” – A New World Order.

For now, this ‘kingdom of heaven’ is hidden from our sight – WHICH DOESN’T MAKE IT ANY LESS REAL. For now, this New World Order is mixed and mingled with the Old World Order. And there is much ‘repenting’ that still needs to be done.

But the day will come when the One upon whom the Spirit rests will come again. And then, that which was hidden from our eyes will be revealed. And that which was mixed and mingled will be separated. And “in that day, the root of Jesse, who shall stand as a signal for the peoples – of him shall the nations inquire, and his resting place shall be glorious.”

Until then, “may the God of HOPE fill you will all joy and peace in believing, so that by the power of the Holy Spirit you may ABOUND IN HOPE.”