Posted on October 2, 2016 by Lutheran Church of the Resurrection 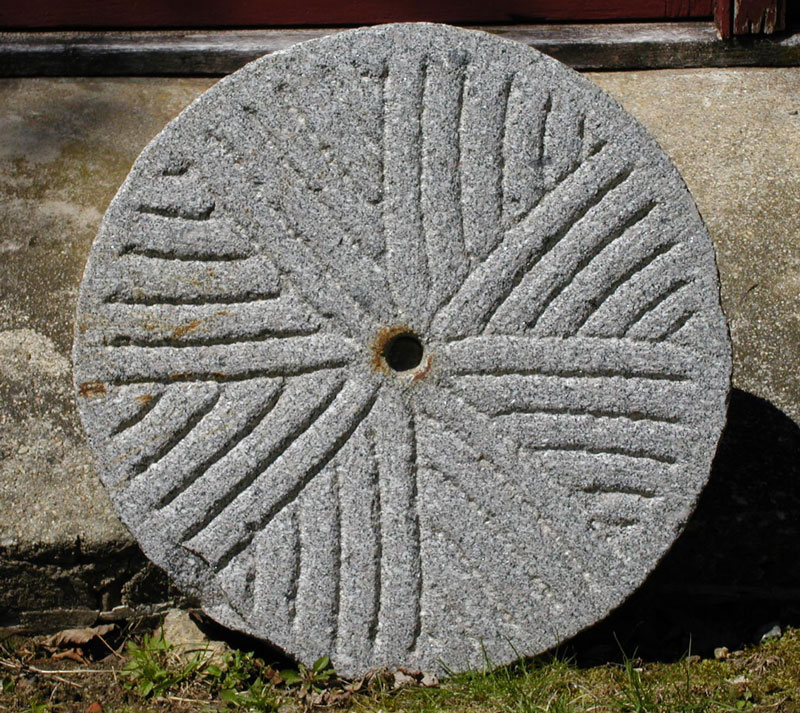 Why do some people fall away from the faith that they were given in their baptism? We’re not talking about why some people who were confirmed in the Lutheran Church became Catholics or Methodists or some other denomination of Christian. We’re talking about those who were Christians, who considered Jesus Christ to be “the way and the truth and the life,” who put their trust and confidence for their salvation in His forgiveness and grace alone, who tried to live ‘God-pleasing lives.’ Why did they quit running the race? Why do they now live as though Jesus Christ and His cross have no bearing on their life?

I think we all know men and women, boys and girls who fit the description and some are very near and dear to us and it causes us a good deal of pain just to think about it. I think we could all identify some of the reasons for why some fall away from the faith –
– It wasn’t anything dramatic, no episode in particular, just a gradual drifting away from the weekly gathering with the congregation around the Word and Sacrament until after awhile the whole thing just became distant memory;
– Or maybe it was a conflict between the Word of God and a lifestyle. And God’s ways seemed ‘foolish’ and out of touch with the times;
– Or maybe there was a tragedy or bitter disappointment in their life and they blamed God for it and concluded that if that’s the way God treats His people, who needs Him.
How many more scenarios could we add if we had the time?

On this stop on the journey with Jesus to Jerusalem, “Jesus said to His disciples, ‘temptations to sin are bound to come, but woe to the one through whom they come.’”

I hate to do this, but it’s necessary to do a little ‘word study’ here to get at what Jesus is talking about here. Jesus says “temptations to sin are bound to come.” There are several words for ‘sin’ in the language of the New Testament but the one that Jesus uses here is “skandalon.” It’s the word that we get “scandal” from. A “skandalon” is a stick that is laid across a path for the purpose of causing someone to stumble and fall.

“Jesus said to His disciples, ‘temptations to stumble and fall are bound to come…” They’re unavoidable. Lot’s of them are cleverly camouflaged. Some look as innocent as a piece of fruit hanging from a tree. Others come with a powerful endorsement inscribed on it – “everyone is doing it,” or “what harm could it be.”

And the ‘disciples’ of Jesus are bound to trip and stumble and even fall over them.

Looking directly at His disciples, He says, “but woe to the one through whom they come! It would be better for him if a millstone was hung around his neck and he was cast into the sea than that he should cause one of these little ones to stumble and fall from the faith.”

To have a millstone hung on your neck and be thrown in to the sea, sounds like a pretty terrible way to go, but Jesus says that as terrible as that might be “it would be better” than what awaits the one who causes a ‘scandal’ for one of His believers. He knows every ‘little one’ by name and each one is precious and loved and not one is expendable.

“Pay attention to yourselves!” he says to them. “Be alert and on guard” so that you do not trip and stumble and fall from the ‘one, true faith.’ It can happen. The devil is crafty.

If you see your brother or sister in the faith wandering away or tempted to sin or living in sin – don’t just ignore it. Or even worse, don’t agree with it and commend it as though that were the ‘enlightened’ or ‘open-minded’ or ‘cool’ thing to do.

“Rebuke him.” He doesn’t say, “yell and scream at him” or “nag him” or “disassociate yourself from him.” Lovingly, gently, bring his sin to his attention. It’s the loving thing to do. Be prepared to give the reason for why it’s a “skandalon,” and why it can cause people to fall from grace. And pray that the Holy Spirit would create in them a desire for forgiveness and repentance and turning FROM sin and a turning TO the way and the truth and the life discipleship again. And be ready to ‘forgive’ when he does. All of that is packed into “rebuke him.”

Up to this point, the sin of the brother has been ‘his problem.’ And for his sake and in love for him, we ‘rebuke’ him in hopes that he might repent and amend his sinful ways. But now Jesus turns to his disciples and warns that sometimes the sin of a brother or sister in Christ can be quite very personal. “If he sins against YOU…”

How easily the sin of another can pierce our own heart like a poisoned dart. And the venom spreads it’s toxins of anger and resentment and bitterness and that ‘dividing wall of hostility’ goes up and the communication is cut off and where there was once ‘rebuking’ now there’s silence and before you know it, the whole thing has become a ‘skandalon’ FOR YOU and you’re stumbling and falling because your brother or sister has sinned against YOU.
But what if your brother or sister who has “sinned against you” repents and says, ‘I’m sorry’ and amends their sinful ways and says, ‘will you forgive me?’ And it’s not easy because what you really want is JUSTICE, but you say, ‘I forgive you,’ and it’s like the weight of a millstone is lifted from your neck and the skies clear and “how good and pleasant it is when brothers dwell together in unity.” (Ps.133:1).

But then your brother or sister does the same thing to YOU again. And you “rebuke him” again and again he says, “I’m sorry” and you forgive and it happens again and again and again… And how long must I forgive my brother before I can’t forgive anymore and because I want JUSTICE?

And what if your brother or sister in Christ sins against YOU, AND DOESN’T REPENT? You ‘rebuked’ him and he wouldn’t listen. Or you didn’t ‘rebuke’ him and tell him how much he has hurt you, but any either case, there is no repentance. Is it okay to bear that grudge against my brother or sister until JUSTICE is finally done and they’re fitted with a stone collar for causing me to ‘stumble’ and ‘fall’ because I won’t forgive?

‘Temptations to sin are bound to come…” There’s no escaping them.

And we know that Jesus’ words have not fallen on deaf ears, because “the Apostles said to the Lord, ‘Increase our faith!’” They knew that what Jesus was demanding of them was too hard for them, and so do you. The hurt, the anger, the disappointment is too hard to let go of without any justice or satisfaction in return – WHICH IS WHAT FORGIVENESS IS.

“And the Lord said, ‘If you had faith like a grain of mustard seed, you could say to this mulberry tree, ‘be uprooted and planted in the sea,’ and it would obey you.’”

The Apostles ask for a stronger faith and Jesus tells them about mustard seeds and mulberry trees. What’s up with that? Because you know Jesus is not talking about seeds and trees.

Jesus compares ‘faith’ to a mustard seed, which is a very small seed, not like a sunflower seed or bean seed or avocado seed. How much ‘faith’ do you have to have to ‘forgive’? How big does your faith have to be to throw that “skandalon” over the cliff so that neither you nor your brother or sister who has sinned against you stumbles or falls over it?

The Apostles think that they need a ‘great big faith’ to do what Jesus is telling them to do. But it’s not our faith or the size of our faith that is the key here.

A Mulberry tree is known for having deep roots that anchors it solidly to the ground. Unlike Birches and Pines that have shallow roots and are easily uprooted, Mulberry trees are hard to uproot.

Jesus is comparing a Mulberry tree to that DEEP-ROOTED ‘hurt’ and ‘disappointment’ and ‘anger’ because a brother or sister has sinned against us that is not easily uprooted and forgiven.

He’s comparing a Mulberry tree to that DEEP-ROOTED ‘guilt’ and ‘shame’ and ‘disappointment’ with ourselves because of our sin against another that is not easily uprooted and forgiven.

If ever there was a tree with deep roots, it was the tree of the cross, whose roots reached down through all of time and history all the way into that garden where the serpent caused the woman and the man to stumble and fall.

By the ‘tree of the cross,’ “every temptation to sin” has been answered with Jesus’ REBUKE – “it is finished.” And on the 3rd day, every millstone that was fitted for our neck was removed and placed on the neck of Satan and he was cast into the sea.

“Temptations to sin are sure to come…” But just as surely, a day is coming when every temptation to sin will be gone. And every ‘skandalon’ will be removed, and there will be no “temptations to sin” and no more falling, only rising and rising and rising, and meeting the Lord, and welcomed home, and perfectly reconciled to every brother and sister, and to the Father of our Lord Jesus Christ.

But until then, “pay attention to yourselves.”