Posted on January 29, 2018 by Lutheran Church of the Resurrection 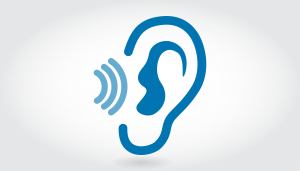 The word “Deuteronomy” is a Greek word that literally means ‘second law.’ It’s ‘deutero’ which means second and ‘nomos’ which means law. The book of Deuteronomy is a second telling of the law that was given to the people of God through the prophet Moses. Moses RETELLS what God had spoken through him and connects it all the experiences and all the lessons learned over the last 40 years beginning with the great Exodus out of Egypt and now about to culminate in the entrance into the Promised Land.

The journey is coming to its end and Moses RETELLS it, not as reminiscence – “oh, remember that time when the sea parted and we walked through it on dry ground and we watched the whole Egyptian army perish in the same. Wasn’t that the coolest thing you ever saw?” Not as reminiscence – but as instruction on how you are to live and reminder of what you are never to forget when you come into the Promised Land.

The particular point before us this morning has to do with the role of the Prophet. Through the 40 years in the wilderness, Moses was God’s prophet. God spoke to Moses and Moses spoke to the people – mostly because that’s the way the people wanted it. They didn’t want God to speak to them directly. That was too frightening.

It was at Mt. Sinai that they heard God speaking from the mountain. And to them it was “thunder and flashes of lightening and the sound of the trumpet, and the mountain smoking, and the people were afraid and trembled and they stood far off and said to Moses, ‘You speak to us, and we will listen, but do not let God speak to us, lest we die.” (Exodus 20:18-19)

This is what sin has done to us. It’s not like it used to be back in the Garden when God would speak to us ‘face to face’ and it was like talking to your best friend.

Now to hear God speak to us directly is terrifying. Even when it’s just the angels sent by God with some important message, they’ve got to begin with, “Don’t be afraid.” Listen, anyone who tells you that God speaks to them directly and it wasn’t like holding onto the end of a high voltage wire – don’t believe them. It probably wasn’t God speaking to them.

Now here, in the ‘second telling,’ Moses tells Israel, “…Just as you desired of the Lord your God at Horeb on the day of the assembly, when you said, ‘Let me not hear again the voice of the Lord my God or see this great fire any more, lest I die… “the Lord has said to me, ‘They are right in what they have spoken.’”

It’s not very often that we hear God commending His people for actually GETTING IT RIGHT. But here, they get it right. They need someone to stand between them and God – someone whom God will speak to them through.

And it’s right here that the office of PROPHET is established. The office of Prophet is NOT established by man – it’s established by God. “No prophecy was ever produced by the will of man, but men spoke from God as they were carried along by the Holy Spirit,” says the apostolic prophet, Peter. (2 Peter 1:21)

So here, Moses promises Israel that after he dies, not to worry, they’re not going to be left without a prophet.
“I will raise up a prophet for them like you from among their brothers. And I will put my words in his mouth, and he shall speak to them all that I command him.” Martin Luther calls this “the most important passage in the book of Deuteronomy.”

After Moses, God would ‘raise up’ a succession of Prophets with names like Joshua and Samuel, and Elijah and Elisha, and Isaiah and Jeremiah, Ezekiel and Daniel and Joel and Amos and lots more. He would put His Word into their mouth in the very mysterious way that we call “HOLY INSPIRATION.” And the ‘holy inspired’ Prophets would speak GOD’S WORD to the people.

The Prophets were to speak “all that I command him,” which included a wide variety of issues from religion and theology to domestic and economic and even dietary issues as well as foreign affairs and international policy. Some Prophets would emphasize one issue and others would emphasize another, each as God gave them His Word to speak.

But all of the prophets, IN EVERYTHING THAT THEY SAID, had this one thing in common – in everything they spoke and taught, they pointed to a MESSIAH, a REDEEMER, who would deliver His people from their sin and hell and the power of Satan. He will reconcile mankind to God so that we might once again, hear God speak to us directly without fear, in pure joy and perfect peace, like being with a friend.

The ‘flip-side’ of God’s promise to speak through Prophets of course was that the people had to agree to listen to them. “And whoever will not listen to my words that he shall speak in my name, I myself will require it of him.”

Throughout its history, this is precisely where Israel fails and falls. They refuse to listen to the Prophets and obey them. The Messiah to whom the Prophets all pointed would one day lament that for all His effort to warn them, they “killed the prophets and stones those sent them.” (Matthew 23:37). As often as He sent His servants to His vineyard, His tenants ‘beat one, killed another and stoned another.” (Matthew 21:35)

But God, in His great and unfailing love and mercy would not give up. “I know what I’ll do. I’ll send my Son. Surely they will listen to Him.”

Then one day, a 30 year old man named Jesus came to the Jordan River. At His baptism, He is anointed into the office of Prophet by the Holy Spirit. And as He is anointed, the heavens are ripped open and a voice is heard. It is the voice of God Himself who repeats those words that He had once spoken through His prophet Moses – “listen to Him.”

Jesus Christ is the Prophet of the Lord to Whom all the Prophets of the Lord pointed. He is not just a ‘great prophet’ as the Muslims say. He is ‘more than a prophet.’ For this is NOT a man who is given God’s Word to speak for God. This is God’s Word – who takes on humanity and dwells among us, as one of us, as our brother.

When the Apostles Peter and John are in Jerusalem, a crippled beggar asks them for alms. Peter does even better and says, “I have no silver or gold, but in the name of Jesus Christ of Nazareth, rise up and walk!” And leaping up he stood and began to walk…” And when crowds demand an explanation, the apostle Peter, in perfect harmony with the prophets of old, pointed them to Jesus by quoting Moses, “Moses said, ‘the Lord God will raise up for you a prophet like me from among your brothers. You shall listen to him in whatever he tells you. And it shall be that every soul who does not listen to that prophet shall be destroyed from the people.” (Acts 3:22-23)

This is the Prophet who enters the Synagogue in Capernaum and began to teach the people in church that day. And they listened to Him. “And they were astonished at His teaching for He taught as one who had authority, not as the scribes.”

It was in a garden called Eden that an ‘unclean spirit’ spoke to the woman. And she ‘listened to the unclean spirit.’ AND ADAM SAID NOTHING. Now, in this Synagogue in Capernaum, where the unclean spirits have gotten a hold on the sons and daughters of Adam, the 2nd Adam speaks what the 1st Adam should have spoken. “Be silent and come out of him.”

We were all born with an ‘unclean spirit’ – just as we confess that we are all sinful and ‘unclean’ – fully possessed from the moment of conception – thoroughly convinced that the God who created us is out to destroy us – despisers of God’s Word. But a stronger voice has spoken into our captivity and set us free.

In a most mysterious bath called Holy Baptism, we were washed, and what was ‘unclean’ has become ‘clean.’ And now, we’re possessed by a different Spirit, even the Holy Spirit – who cries out within us saying, “listen to Him.” And to “listen to Him” is our greatest desire.